Mr. Smith did his first meal in the Instant Pot. As is his modus operandi…he just wings it in the kitchen.

Now this is certainly not something that I usually do. Normally I plan a recipe, prepare it, meticulously photograph it…taking around 100 pictures just to get the right one for a recipe post here on Cosmopolitan Cornbread.

This time? This time I grabbed a screenshot from a recent episode. You see, Mr. Smith decided to try his hand at an Instant Pot recipe. 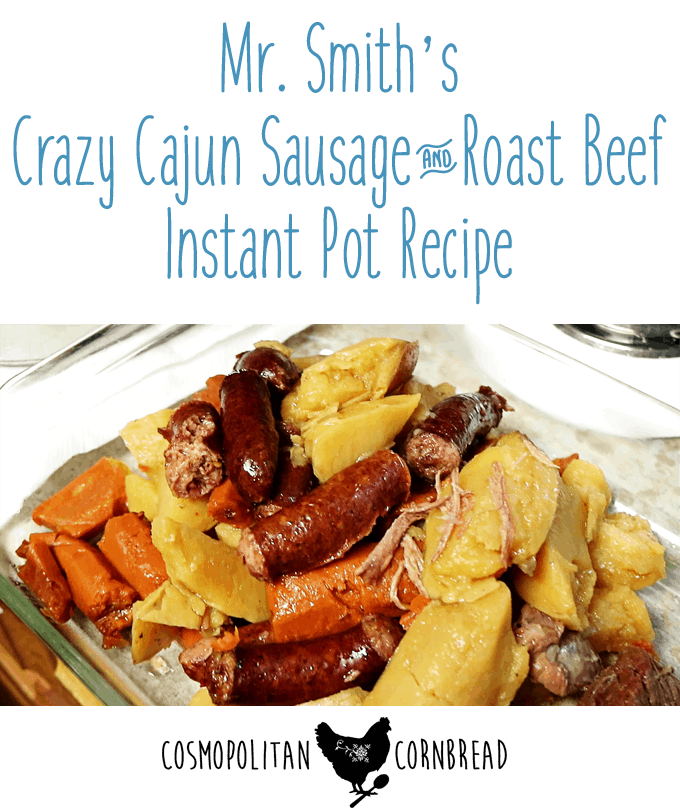 Now, you have to understand something about his cooking.

He’ll stand there in front of the pantry or the spice cabinet, and will randomly grab things and toss them in the pot. He doesn’t know how it will taste and just goes for it. Though I think I have broken him of putting maple syrup in everything. Problem is that half the time he never remembers what it was he put in the meal.

This time around, I did ask him right away what was in there, so I have a handle on it.

He went to the store to get a roast…came home with a roast and spicy cajun sausages. One meat’s good? Two meats are better!

As a result, the meal was pretty darn good! Several of you who saw it in the last episode and were wondering about it.

So here it is!

Note: Now in truth, I have found that sausages in the Instant Pot tend to get very soft. So be aware of that going in if you make this.

This data was estimated and provided by Nutritionix. Accuracy not guaranteed. 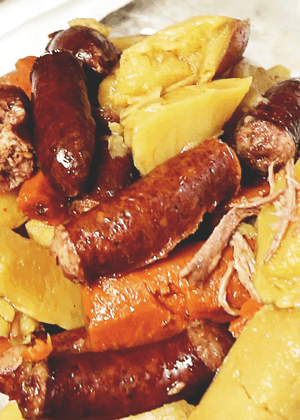