Over the weekend I was treated to a preview event at the very first Holler & Dash Restaurant in adorable Homewood, Alabama which is in southern Birmingham. I have been to Homewood a few times now, first for the Food Blog South conference, and later on a day trip with C.A. In Homewood, you can stroll down the sidewalk as you take in all of the wonderful boutiques and shops and just enjoy a small town feel in the middle of a big southern city. It is the perfect place to launch a southern biscuit restaurant. 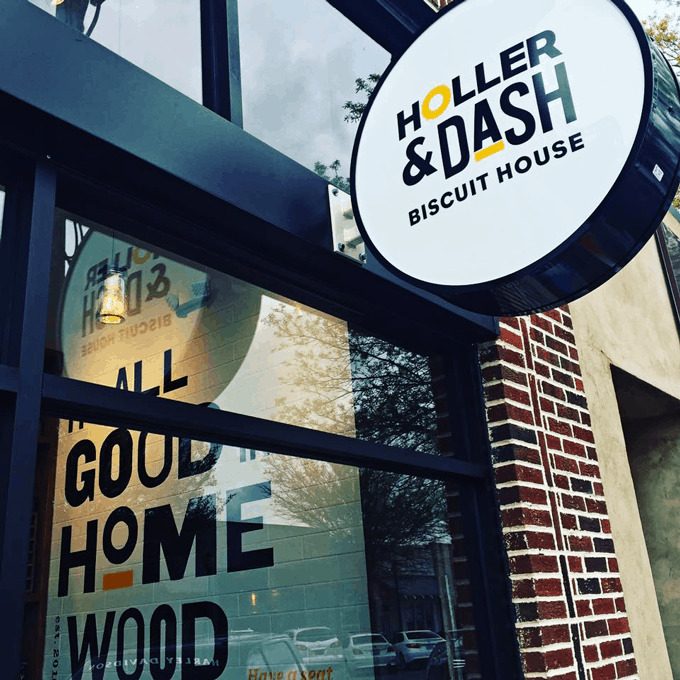 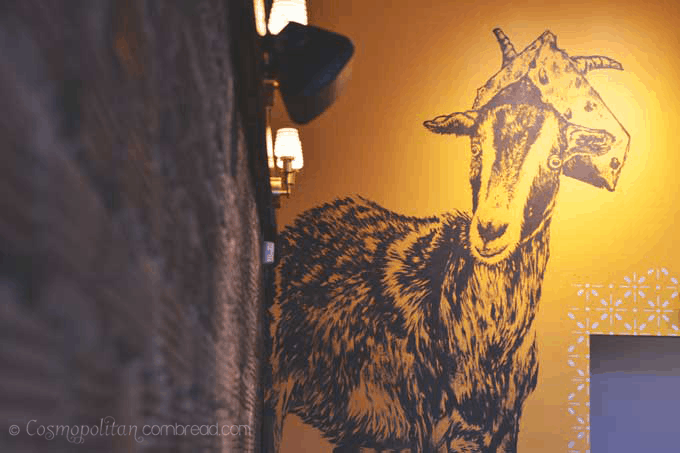 The restaurant itself has a relaxed country yet urban feel to it, and features fast-casual dining. 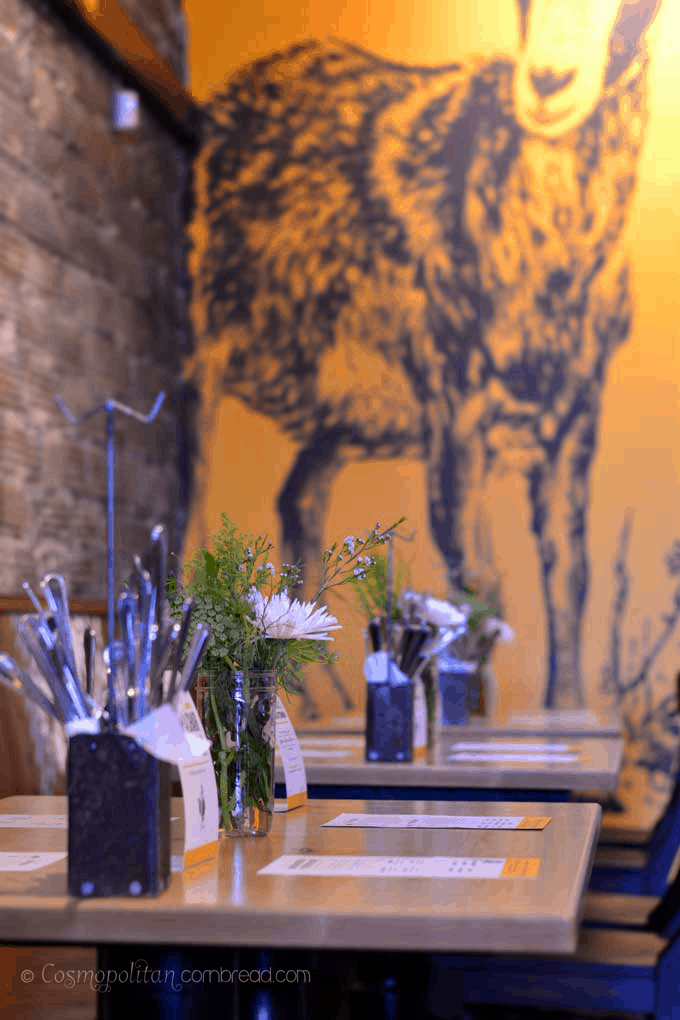 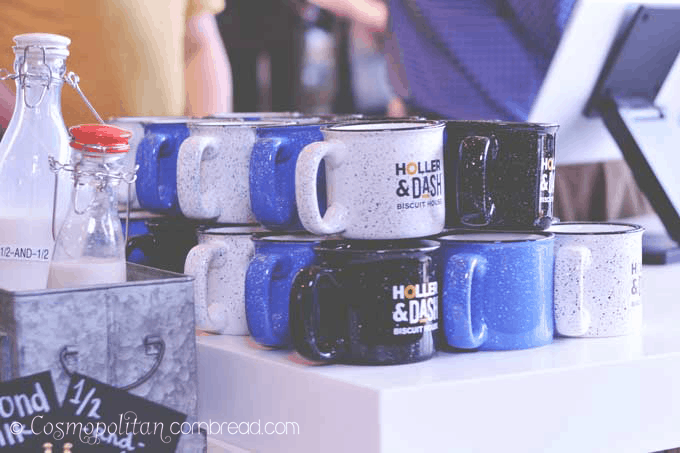 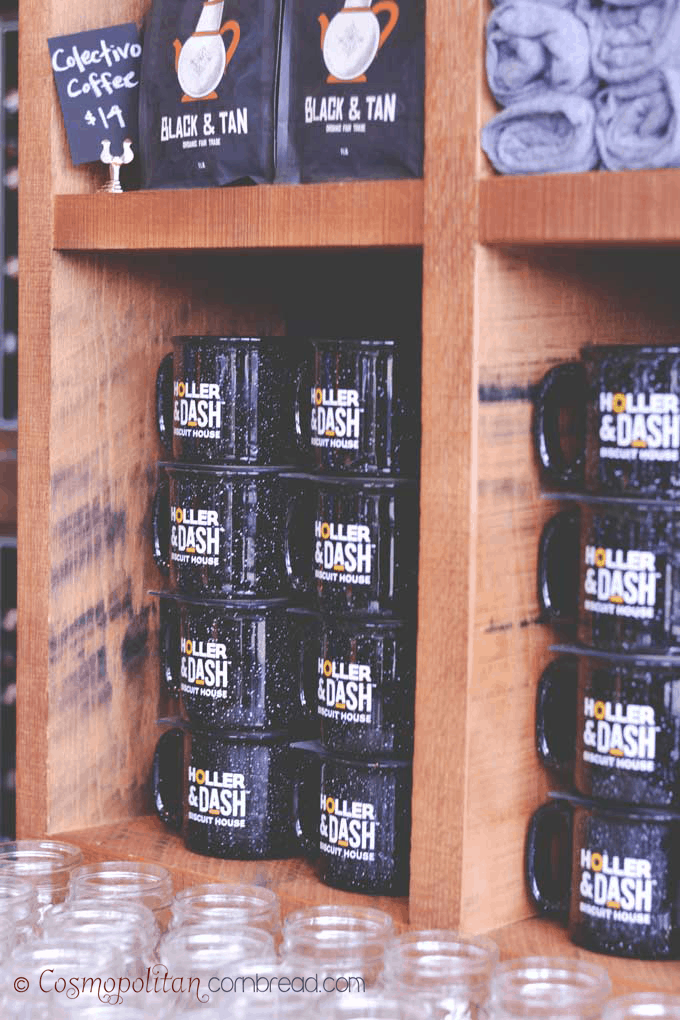 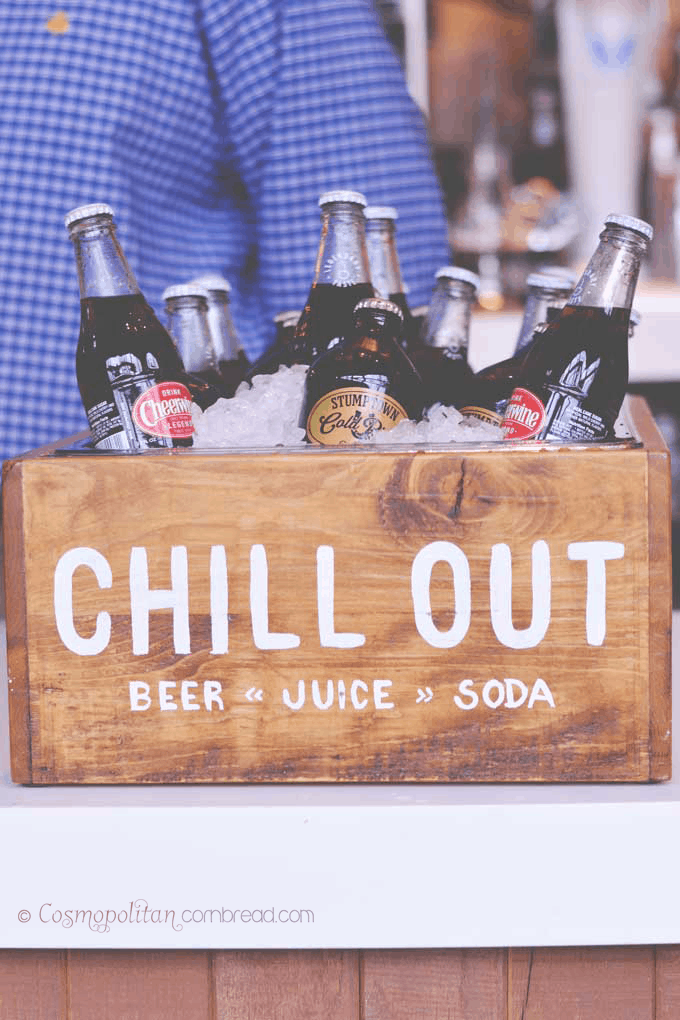 There was a number of folks that had been invited to the event. I had the pleasure of having my lunch with these two. My friend Christy Jordan – you know her from Southern Plate and have seen her before in some of my posts or vlogs. And I finally met Stacey Little. He blogs over at Southern Bite. I had a fantastic time with these two. I can’t remember the last time I laughed that much during a meal. 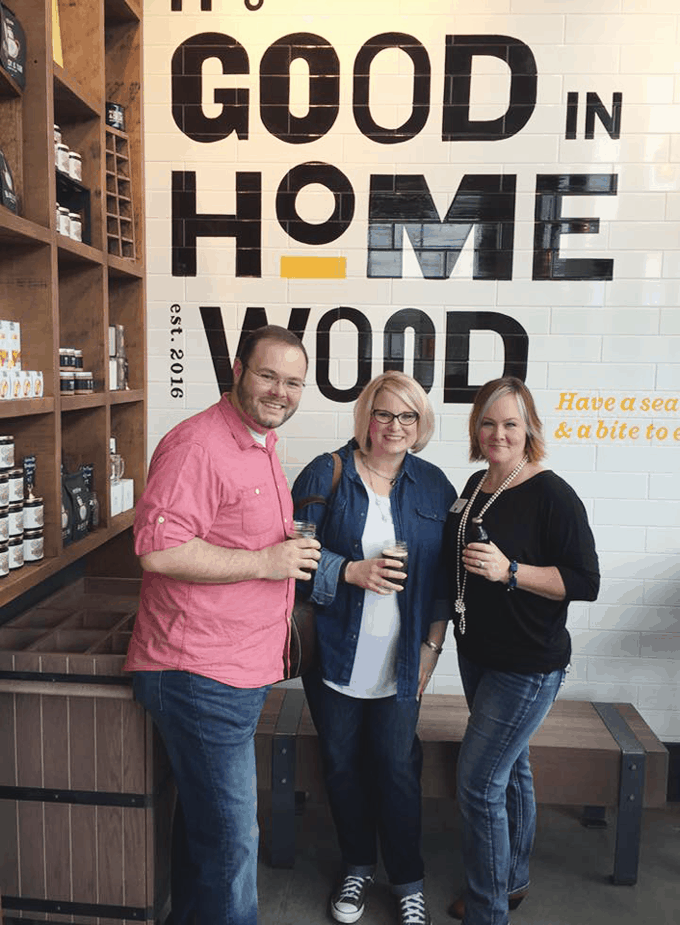 I had a Key Lime Toasted Marshmallow craft soda. Yeah, you read that right! This is not your ordinary southern restaurant. The culinary genius behind what you can get at Holler & Dash are Jason McConnell and Brandon Frohne.  They teamed together to bring a modern twist on southern tastes. Mod-South if you will. 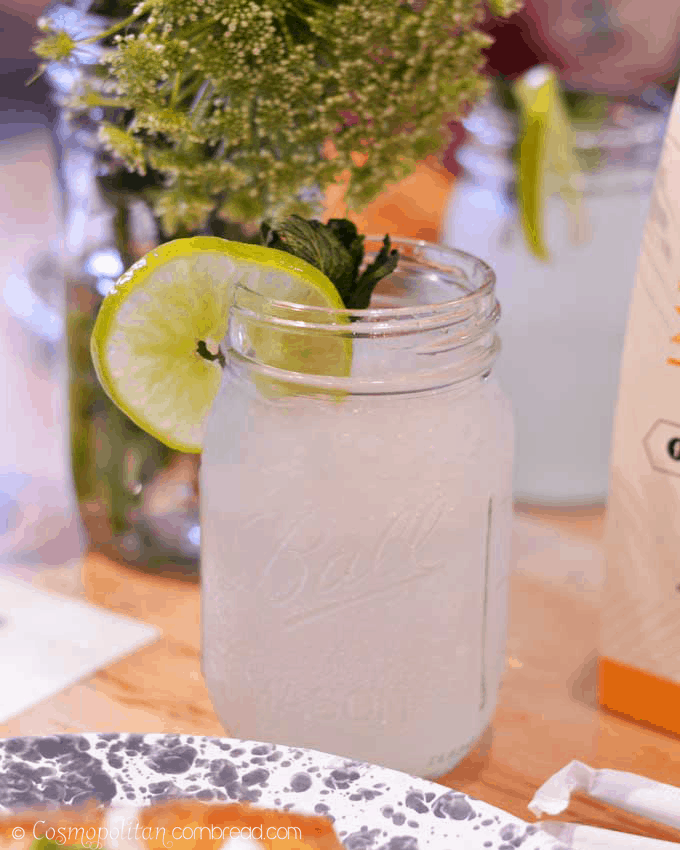 After socializing for a bit, then came the courses. We were served 3 different biscuit dishes , followed by a dessert encore. You’ll see what I mean, when I describe this food as “Mod-South.”

The first biscuit we were served was their Kickback Chicken. Fried Chicken with green onion, sweet pepper jelly and goat cheese! Oh. My. Word. I had to make myself not eat the whole thing, because I knew that 3 more courses were yet to come! That took some serious will power. 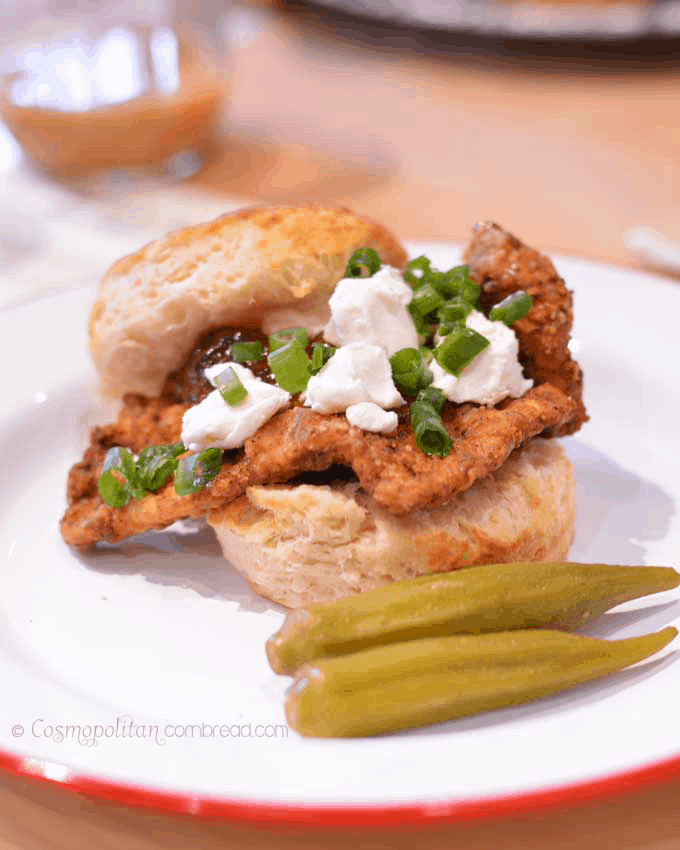 Up next, the Pork Rambler. A tender-crisp pork tenderloin with blackberry butter topped with fried onion straws that were made with red onions. Words can not begin to express how amazing this biscuit was. Speechless. 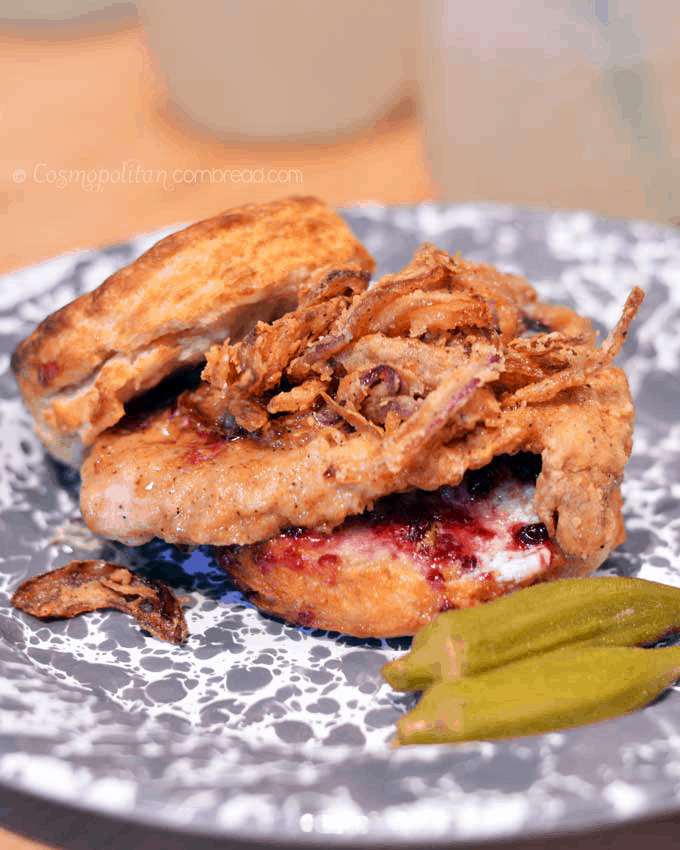 The third biscuit we were served was the Garden Goat.  A gorgeous patty of breaded & fried goat cheese with tomato jam and kale that had been “massaged” with lemon Dijon vinaigrette.  Wow. 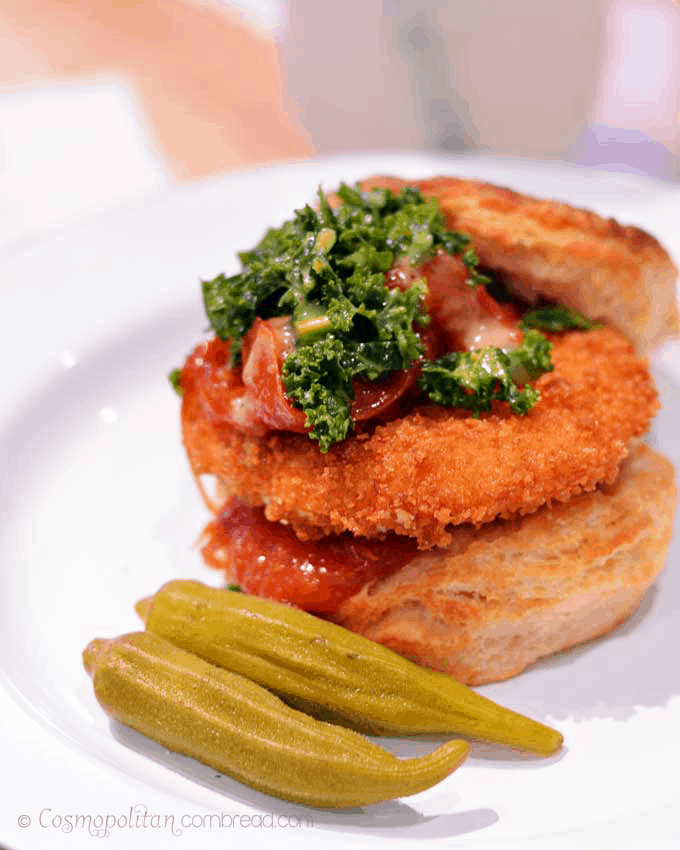 And then – Dessert. Their take on the classic Beignets, but these beauties were served with a coffee dipping sauce. Dear heaven on a biscuit! or should I say beignet!? 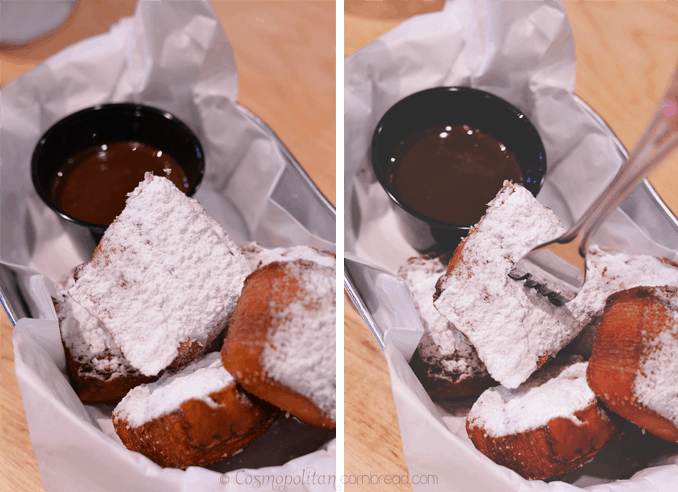 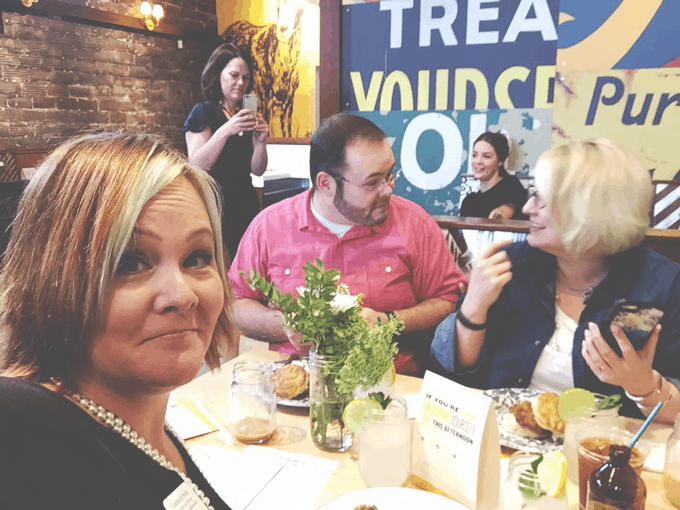 You see lots of instagramming. 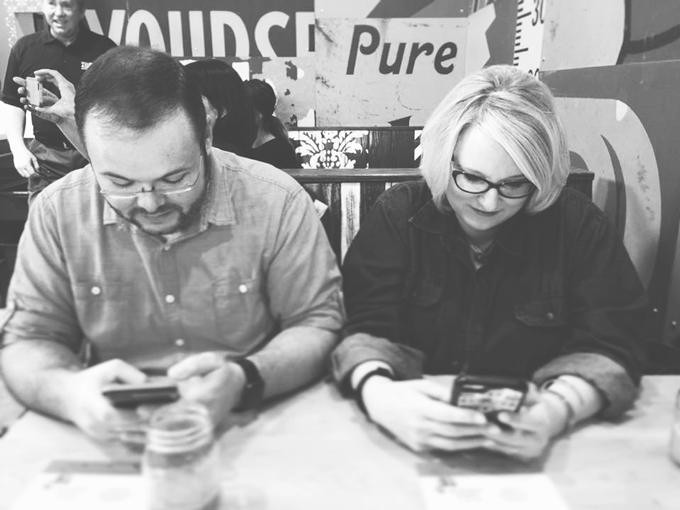 And lots of this. 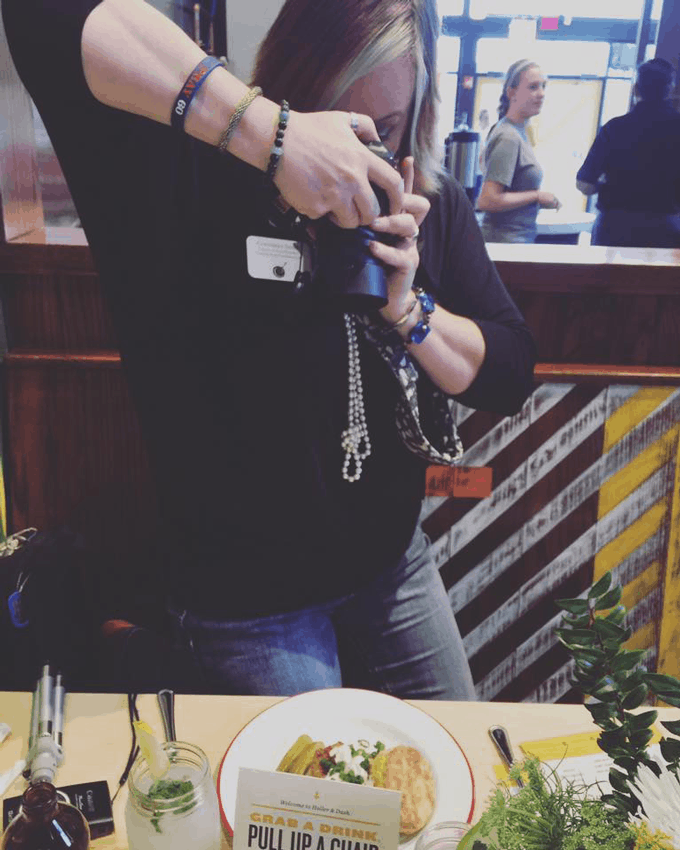 And sharing of photos. 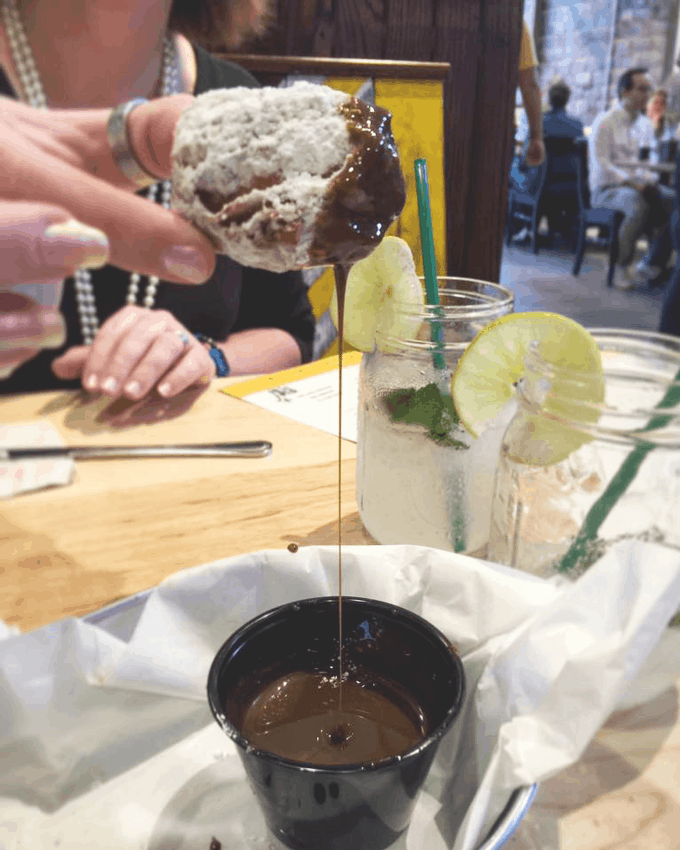 I had a fantastic time and we were all impressed with how well Holler & Dash put together this event. I have been to lots of restaurant premieres in the past, and these guys seriously know how to do it right! I loved that we got to meet the chefs and staff, hear the story behind the founding of this new venture and were treated to not just one – but 4 of the dishes they will offer.

After this great event, I wasn’t done in Birmingham. I headed a few minutes down the road to a coffee shop to meet two very special people. 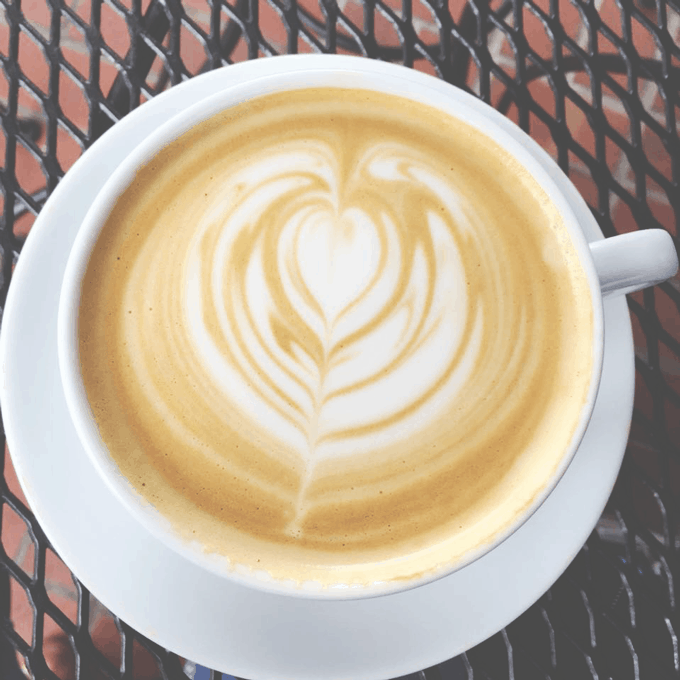 Randy & Anna are a Birmingham couple with a great YouTube channel, where they are daily vloggers. I’ve been subscribed to them for some time now, and here’s what I love about their channel: They come across as very genuine, they adore each other and are not ashamed of their faith in Christ. I have always felt like they were people I could sit down and have coffee with…and I did just that.

I tweeted to them that I would be in town, and invited them to join me for coffee, and happily they accepted. Hours later, we said our goodbyes. And you know what? My impression was right. What you see is what you get with these two. They are just as sweet and genuine in real life as they come across on their channel. You should check them out! 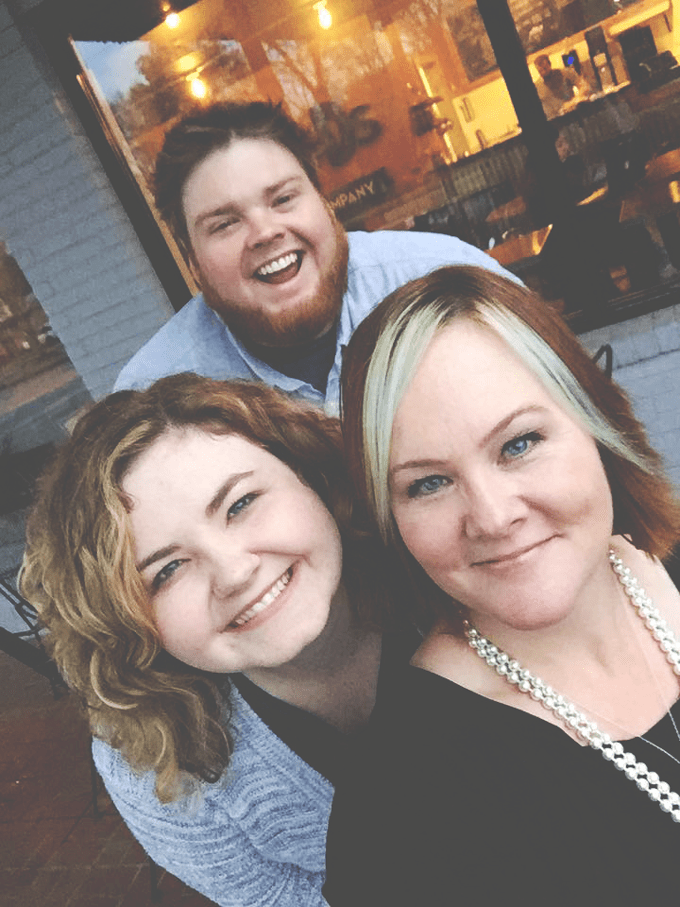 It was a great day in Birmingham. You can watch my vlog of it HERE.

And Homewood is very fortunate to be the first to get a Holler & Dash in their town. I definitely plan on going again in the future!