Why I Reject Minimalism & Organized People Are Not Lazy

Thoughts on Minimalism, Defending Hipsters and Rejecting the Lazy Label 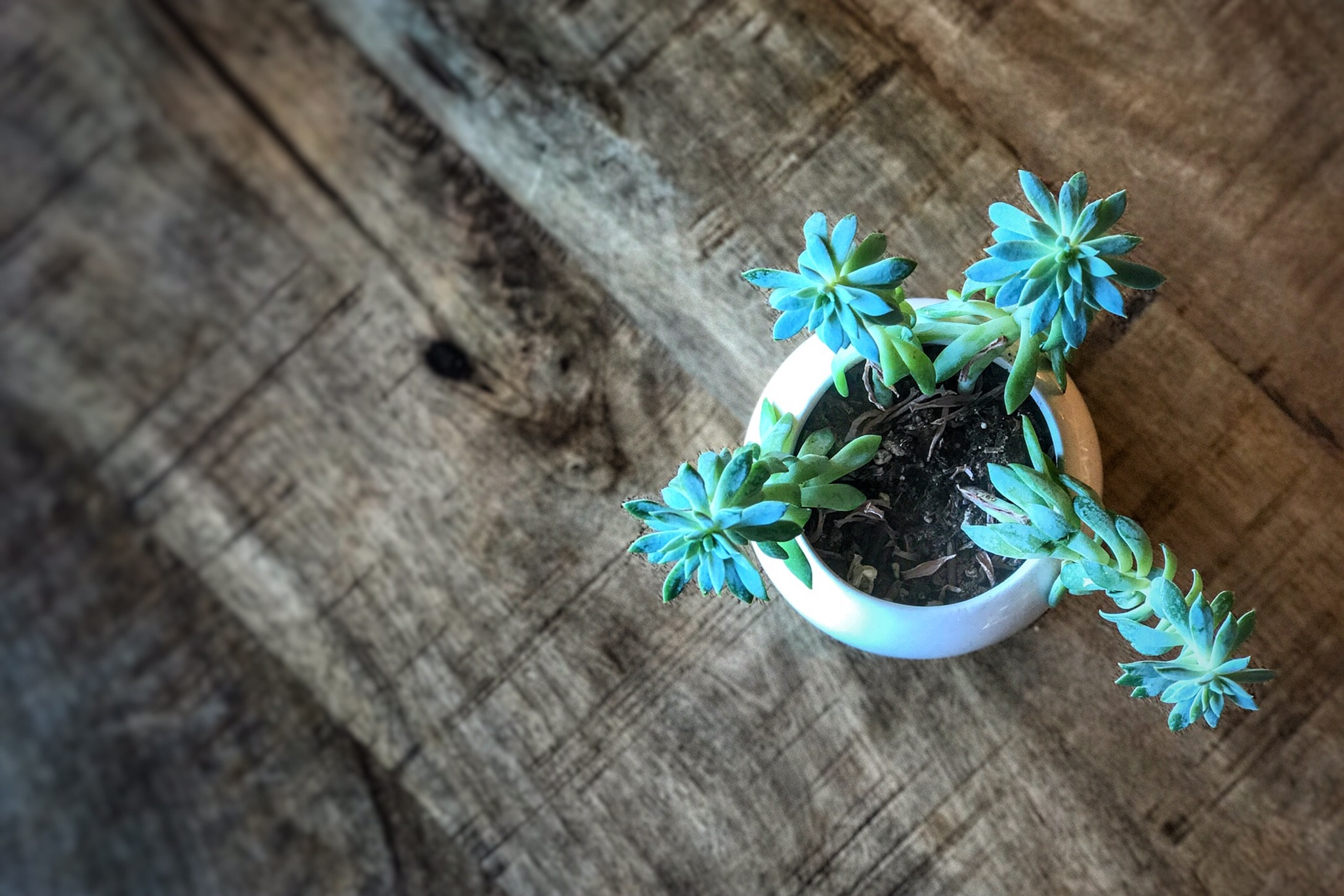 Over the past couple of years, I have seen a huge push towards “minimalism.” I’ve even seen a documentary of sorts on Netflix all about it – though it looked more like an artsy infomercial for a book rather than an actual documentary. I’ve seen many friends posting about it, wanting less, wanting simplicity.

Let’s talk about simplicity a moment. There’s something to be said about keeping your life simple and get rid of the clutter. That applies to everything from the items in our homes to the chaos of our schedules. We’re always running behind, we’re always fighting clutter monsters in our houses.

I know that personally this can be a challenge. Trying to manage my time so that things are done in an efficient manner. Maybe it is the German blood that runs through by veins, but I loathe wasted time and inefficiency. When I do my runs into the city, I want to get everything done that needs to be done in one trip. No running to town multiple times – home and town, home and town. Not only that, but I try to plan the trip so that I am doing everything in a sweeping, circular fashion so I’m not back tracking in my route. See what I mean? Efficiency.

Not too long ago, I saw an article that said “organized people are lazy.” Lazy? That’s right – LAZY.

It said that organized people don’t want to have to utilize necessary time, energy, etc. that could be used for other things. What?! How on earth does being efficient make a person lazy? I think the author of the article was simply an unorganized, frazzled, chaotic person who was just trying to make themselves feel better about their lack of discipline.

There are simply not enough hours in the day to be wasting precious time looking for things, waiting on things, backtracking and burning gas.  There’s pasture to be mowed, livestock to care for, chores to be done, projects to get to. Gas isn’t cheap either, so I don’t want to waste that either. Just saying.

But back to the Minimalism thing. A few weeks ago, I saw a joke where someone said “Minimalism is being rich enough to live like you’re poor.” It’s kind of funny in its accuracy.

So why do I reject the idea of minimalism?

Well, I guess you could say that I view being a minimalist, as being someone who believes you will always be able to go to the store – always have that job – always have the ability to go get what you need as you need it. But what if you lose that job, and now there’s nothing in your pantry? What if you find yourself in a situation where you have to make do with what you have…and there’s nothing to make do with? What if you need to fix something or make a repair, but didn’t bother to buy any tools in your quest to be minimalistic and prove to the world that you don’t need material things?

I had a conversation with a friend, and she mentioned that “hipsters” get a bad rap. It’s true. How many people today have an appreciation for older things? How many people want to fix something up rather than buy something new? The fact that there is a portion of a younger generation who has a love for old, a love for quality and for reusing and valuing the “old” is encouraging to me.

I put time and energy into growing food in the garden, into preserving and “putting by” what we produce, so that we have that food to enjoy and consume in the future. Having a well stocked pantry means that if a hard times happen, you have something to live on. If your neighbor has an emergency, you can walk in there and get something to bless them with and not have to think twice. How can you do that if there is nothing in your pantry?

When we lived in Alaska, we were up in the Fairbanks area. For those who have never been to Alaska, or have no idea just how big and remote the state is, think of this. You go to the store, and the thing you really, really need is out of stock. So you just drive to the next town and get it there. Well, in Fairbanks, the next city over is 300+ miles away. You’re not making that drive when it is -67 degrees outside. You have to be prepared for things like that. If there’s a bad blizzard, the grocery stores aren’t getting stocked and the mail may not even run for a while. We used to keep gallons of milk in our freezer for the times when the delivery trucks couldn’t come for a week or more.

This idea of being prepared isn’t just something for Alaskans. Our grandparents understood the importance of preparedness. It isn’t a new concept, it isn’t a “crazy prepper” concept either. It is our responsibility to be able to take care of ourselves or maybe our neighbors too, in hard times and emergencies.  If you think you’ll be able to go to the store every other day…well. I hope you are never proved wrong. We live in a very uncertain world. There are disasters – man-made and natural, riots, computer hackers, and all sorts of dangers out there that could happen without warning.

If you are a minimalist, and you don’t have supplies, you don’t have tools, you are a victim in waiting. You are living with the assumption that if a disaster of any sort occurs, that someone else will come in and take care of you. Who? The government?

I think Ronald Reagan said it best, when he said…

All of that said, I understand it. As a society, we are driven by bigger, better more. Bigger houses, fancier cars, the latest gadgets and yet where is the fulfillment? We find ourselves hungry for something else. Starved to the point that some have allowed the pendulum to swing to the complete other side. Not finding fulfillment and satisfaction with their material things, they reject all of it and get rid of everything still seeking that sense of peace. That tranquility.

Many may disagree, but I believe that when you know your worth with God, you don’t try to seek your value with things of this world – acquiring more and more to find your worth. Equally, when you have the peace of God, you don’t look for peace from a rejection of material goods.

There has to be a balance.

Should we work ourselves to death, building up debt to keep up with “the Joneses”? Of course not. But on the flip side we also shouldn’t make our selves vulnerable by rejecting all material goods and not being prepared for bad times.

Know your worth with God. Have what you need so that you are not beholden to others for food, shelter, safety. So you aren’t a victim waiting to happen and a burden to others. And at the same time, don’t run yourself ragged trying to acquire all of the earthly treasures that you can’t take with you. 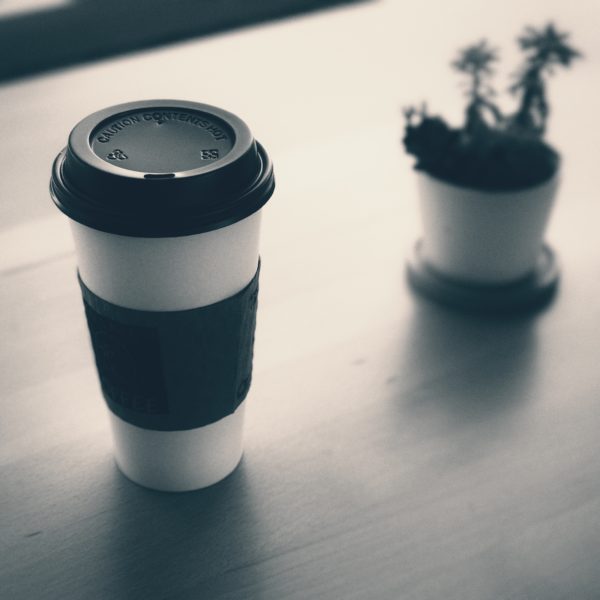