Last weekend, we went on an outing to hike at Raven Rock State Park.

It is the same park that the kiddos and I went to a few months ago, before Jeff came home from Afghanistan. So we went again, this time as a family.

As we were walking along a trail, we glanced off to the side, and saw this. 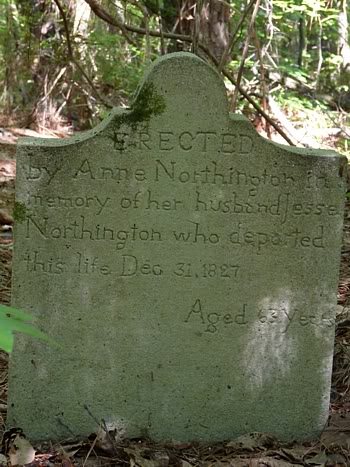 There were rock formations in the water, that created shallow areas to walk all the way out on. It was so cool! 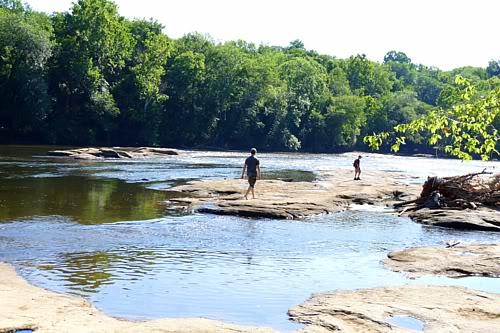 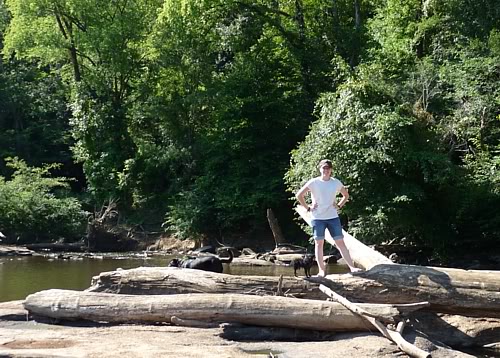 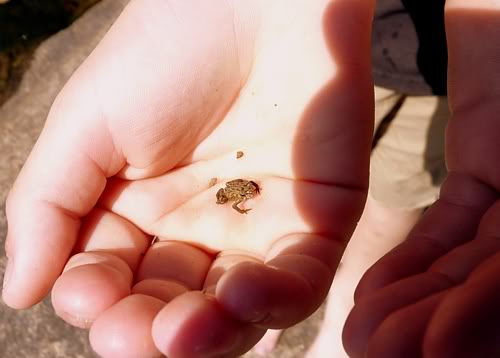 The Jeff and the boys waded out along the rocks, seeing what they could find in the water. 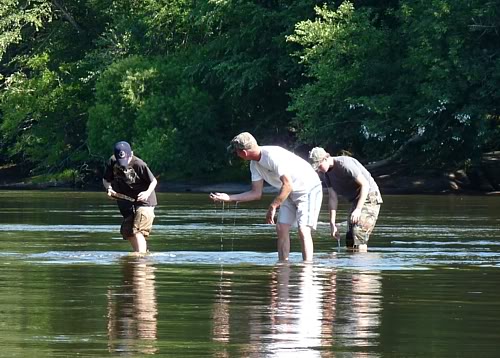 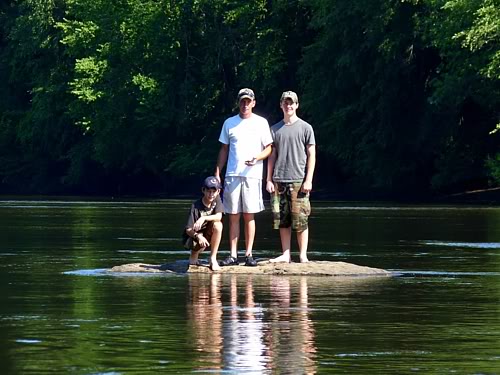 The doggies had fun getting wet too! 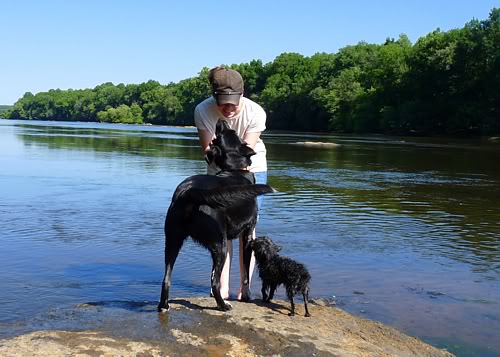 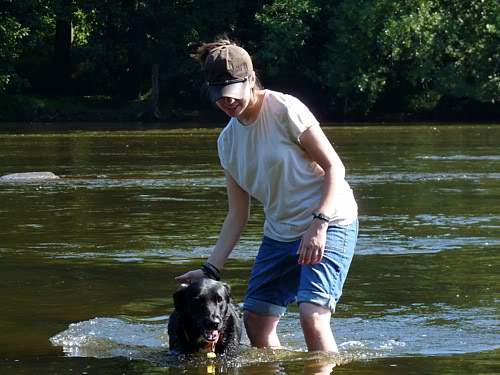 Some of the boys’ treasures…. 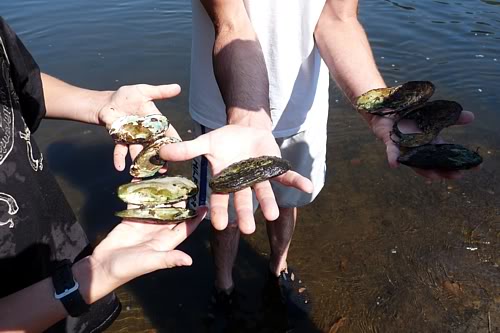 And of course, a family photo op. 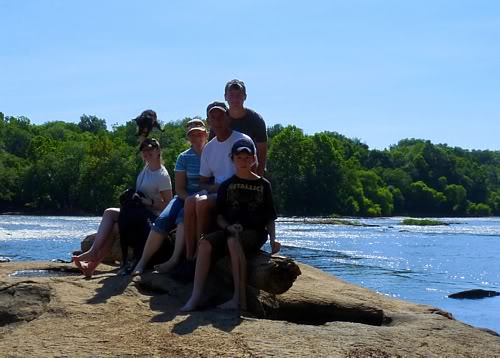