What are Pastured Eggs?

Most of you out there have heard of eggs that are cage-free (chickens that aren’t locked in cages, and can move around but may never see the sun, the sky or know what it’s like to breathe fresh air) or free-range (chickens who may at some point in their lives have access to the outdoors, even if it is a concrete pad) – but you may not have heard of the term Pastured Eggs. 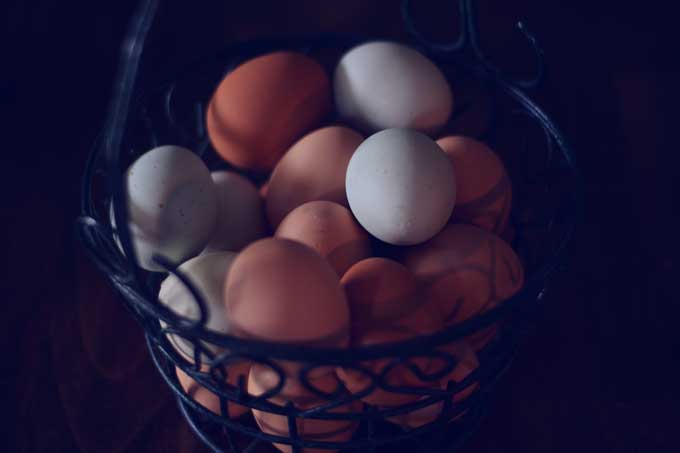 Well, the term is basically what it sounds like. You expect to see cows and horses living out in a pasture, but chickens?

Yes! You see, even chickens like to live in the fresh air and sunshine. And contrary to popular belief, chickens are not vegetarians. They don’t eat an exclusively plant diet. When chickens are left to their own devices, they will eat anything and everything they can. Yes, they’ll eat grass and leaves and such. They love fresh tomatoes, berries and I’ve often given my chickens watermelon as treats on hot summer afternoons. They love lots of goodies like that. But they will also run like crazy to catch a butterfly or a grasshopper. They eat bugs, frogs, lizards…all sorts of things.

This is a photo that one of my motion-activated cameras caught of a chicken running with a frog in its mouth. The other chickens are chasing her because they want to eat it too! (I have a camera outside the chicken coop to watch for predators roaming around at night.) 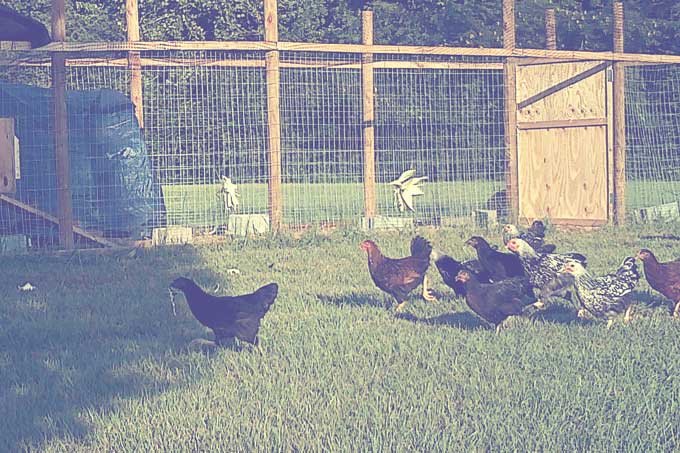 I’ve even seen someone share a photo of their chicken running around with a rat. A rat!!! Have you ever heard such a thing?? (For the record, I have never seen a rat, or even a mouse anywhere on my homestead.) Chickens aren’t herbivores, they are omnivores. They’ll eat just about anything. So the next time you see an egg carton that says “Eggs from chickens fed an exclusively vegetarian diet” – have a moment of pity for those poor, deprived chickens.

So when I say my chickens are pastured, I mean they have access to the wide open land. They can scratch and run and chase an forage for whatever they want. They are happy chickens, living the lives that chickens were meant to live.

Does it make a difference? YES!

This doesn’t even take into account flavor, and you can certainly taste the difference.

Pastured eggs are the best…because they come from happy, pastured chickens. And that’s how I see it.