The Challenge of PCSing and Friendships

Home » The Front Porch » The Challenge of PCSing and Friendships

Every couple years on average, army families are faced with new challenges. Lots of challenges all brought on by a simple piece of paper called “PCS Orders.”

A PCS is a Permanent Change of Station. That means you are going to start the process of a move. It means a band of packers coming in your house and taking away everything you own, and prayers that your beloved treasures make it to their new location in one piece.

It means going through tons of appointments, including physicals and screenings to make sure your family can have any needed medical care in your next location.

It means researching and learning all about a new community, new state, or maybe even a new country.

It means uprooting your family and starting all over again somewhere else.

I often see articles or books about children making moves and making new friends. The military community has done a great job in trying to make this transition easier for them. I have even seen a series about a little girl named Piper Reed, who is a “Navy Brat” and the challenges she faces with military life and PCS-es.

So you go through the process, you get to your new location, you get your household goods delivered, and go through the process of a claim, because the movers smashed your grandmother’s antique cabinet. You hang all the pictures, you get the kids started in school and making new friends. You learn new routines, you learn where all the stores and coffee shops are.

I am going to open up and share my personal struggles with you. I am going to bare my soul to you, and the reason I decide to do this, was because maybe there are others that have or are struggling with the same thing. There must be, and I just want you to know that you are not alone.

I am a strong person. And please hear my heart – I am not saying this to brag. It is part of my nature to never show weakness. I am always striving to do more, better, all. I am a perfectionist when it comes to myself, and I am my worst critic. No matter how good I might be at something, it is never quite good enough. Need a volunteer? I will sacrifice my time, my sleep, everything for it. Need help? I’m there. I am the woman who will cry in the shower when my husband is sent off to Iraq for the first time in 2003, because I will be strong for my family. No one will see a tear. I will be the rock. No weakness. No cracks. No imperfections. Ever. This is something that I ended up spending quite some time analyzing, determining the source and eventually coming to terms with and moving on from. But it is still my nature to never show cracks. Though I try not to berate myself anymore when I have them.

When my children were younger, it was very easy to PCS and start all over. When you have little kids, they are almost an open door for ways of “getting out there.” You go to a play group and you immediately have things in common with the other ladies there. You all have kids, you are all moms, and friendships are easily struck.

But what happens when you don’t have that?

I have been a stay-at-home mom for a very, very long time. It is a decision that our family made and would make again every single time. I have always been home for the kids, I have been their piece of stability when life goes crazy and their daddy got on another plane to go on another deployment. Again, being “mom” made it easy to adapt to a new location. Whether it was play groups or homeschool co-ops, making connections and friends was easy.

Then we moved to Alaska. My kids were older now, we didn’t have the play groups any more. We didn’t have any established homeschool co-ops up there, and there weren’t ways for me to put myself out there like I had in the past.

That PCS was a struggle for me because of that. We moved up there, and no sooner got settled, and my husband was sent off on yet another deployment. My other half was gone, again.

I found myself feeling very alone. My best friend was thousands of miles away, and though we talked on the phone all the time – phone calls cannot substitute real, face-to-face interaction with others. At one point during the deployment, when I was feeling especially down, I had a conversation with someone that I liked. She told me that she had thought about having me over for dinner some time, but was basically intimidated that her cooking wouldn’t be good enough. So she never invited me. As I was already feeling very alone and depressed, that was like a knife in the heart. I was intimidating? Me? And to make matters worse, I had that same theme repeated several more times in the next few months by several other people. I was repeatedly being told that I was intimidating in one way or another. Not that I was “scary” or anything, because I am very nice and friendly (this is how it was explained to me) – but that some people felt they had to measure themselves against me or something. Whether it was because I had been an army wife for so long and they were new, or something else. I had a really hard time with that. You like me, but I’m too nice? You think I’m great, but I’m too great?

Looking back, I realize that the situation effected more than I had even thought. I was struggling more than I had realized. While the words hurt – I know they were never intended to, not for one second. It was a very difficult phase, and me being me …would never let anyone know.

To make things even harder, I tend to be a very private person. I wouldn’t quite call myself an introvert – but I have a hard time being in a room full of people if I don’t know anyone. Stepping out into a new environment is excruciating to me. It only makes me want to stay home more. Do you see the Catch 22?

I digress. When my husband came home for R&R during that deployment, I was in heaven. I was complete. I had my other half united with me once again. Then he left. Again.

At one point prior to my husband’s R&R, I had even joined a church to see if I could make some friends that way. I don’t believe in institutional religion, but was willing to go those steps to make some personal connections up there in Alaska. Well, that failed miserably. While there were some really nice people there, there were people who were very hurtful. Without going into too much detail, we were wronged, and the apologies never came. Right around the time my husband came home from R&R, I had decided I wasn’t setting foot back in that church. So when my husband left, everything hit kind of extra hard.

I was all alone again. I found myself getting even more depressed. I decided I needed a change, and like many women do, that meant a trip to the salon. I went from hip-length hair to mid-back length hair. A couple weeks later, I decided that wasn’t enough of a change, and I had it all cut off, short, and even threw a streak of blue in it – because I decided that I was heading towards 40, and why should I care what anyone thought anymore? To this day I still have that colorful streak in my hair and it has almost become a trademark. Reminding me of that rough time, and to not worry about things so much.

Over time, I became more involved with the volunteer work I was doing. I joined a local Bible Study group at the chapel on post. I even joined the installation’s Community Spouses Club. 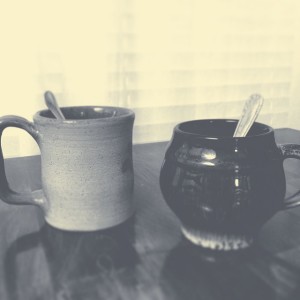 Though things were looking up, and I was happy, I knew it was only a matter of time before we would have to go and start All. Over. Again. We didn’t know where. We didn’t know when. But we knew we would get that little piece of paper – “Permanent Change of Station” – and it would start the process all over again.

It is a struggle that I find military wives often don’t like to talk about. We focus on how hard it is for our kids to be the new kid at school, or the new kid in the neighborhood. But we too, struggle with being the new lady in the unit.

As it turns out, we ended up getting those orders much earlier than we should have. But this time around, I had learned my lesson. I wasn’t going to sit back, I wasn’t going to be a wall flower. After 20+ years of Army life, I had finally gotten up the courage to really put myself out there – flaws and all.

When we arrived in Alabama, we had our household goods delivered the day after we got the keys to our house. A week later I was heading to bed and decided to check my Twitter feed one more time before going to sleep. Lo and behold I saw something about an event the very next day – a “Rocket City Bloggers Meet & Greet” that was being held at the Visitor’s Bureau downtown. I was shocked and thrilled! An event just for local bloggers?! I immediately got online and RSVP-ed to come.

Looking back, I am so incredibly glad that I did. I met some wonderful people that evening, some of which have become close friends of mine.

So I just want to encourage other military spouses who are facing that same challenge. Starting over, creating new relationships and friendships. If you are new – please put yourself out there. I know it is hard. I know it is scary. But you are not alone. You aren’t the only one that has struggled with this. I simply beg you to not wait two decades to learn this like I did.

If you have a new family PCS to your neighborhood or your unit – please open your heart to them. Because no matter how strong they might appear, no matter how “got it all together” they might seem – she’s new, and she’s starting all over again too. It’s a scary thing, but we have to support each other and look out for one another on this adventure we call military life.

This post was originally written in December, 2012. Updated with our continuing journey and move to Alabama. 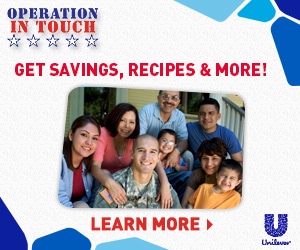 11 thoughts on “The Challenge of PCSing and Friendships”