We’ve now been at Redstone Arsenal for over a month. It is a very different installation – vastly different than any place we have ever been.

The first week we arrived, we signed for housing on Monday morning and then headed to the PX to pick up the things we needed for our new home. Things like a new mop, broom, cleaning supplies, shower curtain – all of those incidentals that you have to purchase every time you move. We were in the PX at lunch on a weekday. Now anyone that has ever been at a PX during the lunch hour, knows that it is reliably slam-packed with soldiers all rushing in to get what they need from the PX, or a quick lunch from the food court. Not here. That first day at Redstone, we saw 5 – yes 5 uniforms besides my husband’s!

We walked out to the food court to grab some lunch, and people were literally staring at us, as though they were wondering who the heck we were. I felt like an oddity as an army family on an army installation!

The next odd thing about where we live here at Redstone – our neighbors on post aren’t soldiers! We live in military housing on “The Arsenal.” Normally when you live on post ALL of your neighbors are soldiers and families. Always. Of all the neighbors I have met so far, only 2 of them are active duty army! Many are retired military who work on the arsenal as contractors or other civilian jobs. Soldiers here are not in the majority – we are in the minority. From what I have been told, civilians on the arsenal outnumber the soldiers 30:1. Can you imagine??!!

And then earlier this week, I attended a hail & farewell. Every Hail & Farewell that I have ever been a part of, has taken place in the evening at a bar or restaurant – and involved LOTS of tradition, raucous ceremony, laughter, and yes, lots of alcohol and camaraderie. Of course, I’ve been a Cavalry wife for nearly all of our years of Army life.

This was very, very different. First, it was held in the middle of the day – lunch time. And it was not held at a restaurant or bar, no, this was held in the office of the garrison commander – a 2 star general. It was catered by the cooking staff. We were hailed and introduced to the room of people (mostly civilians) and then those who were leaving were fare welled – one of them again, a civilian. Don’t get me wrong, it was nice, but man was it different from what we are used to!

This is an interesting place.

When we come through the gate, we have gate guards that seem amused to see a military ID card. One guard greatly entertains himself by cracking jokes about my Alaska license plates nearly every time I see him. Speaking of license plates, at most installations, you see license plates from all over the country. All the places that the soldiers call home and have kept as their home of record. It is perfectly normal to see plates from Texas, Illinois, New York, even Puerto Rico. But here? I have see nothing but Alabama tags. We stick out like a sore thumb.

Other things that are different than any place we have ever been? There is no military hospital. We have to have a special card to be seen at the military clinic. The installation clearly doesn’t get the funding that deploying installations get, as the housing is not new and modern. And walking through the commissary, I’m used to standing out as a “seasoned” army wife, and am one of the more “mature” people walking through the aisles. Here – I feel like a young whippersnapper, as most of the people shopping there are retiree and retiree spouses from a generation or two before us. It kind of cracks me up. Except for when I am treated like a “whippersnapper” by some of the said retiree couples, who seem to think I don’t deserve to be in their commissary. Can’t say that I’ve ever experienced that before. I’ve always had good commissary experiences, though I’ve heard of some negative experiences over the years, never thought I would experience that myself. But that’s okay, I smile and show them the respect they have earned, even if it isn’t mutual.

And speaking of the commissary, it definitely seems geared for empty-nesters. I can’t find a whole brisket, only half briskets. Can’t find a whole pork loin, just a smaller portion. It seems that large, family-sized packages of fresh meat are simply not made available, because there aren’t as many families here. At least that is the only reason I can see for having to buy 2 packages to get the same amount of meat I did before.

There are more things I could talk about – but I’ll leave it at that. Redstone Arsenal is a very different place. I’m still not quite sure what I think about it. We love the location and its proximity to family. I love having access to great stores like Earth Fare and Fresh Market. But I’ll hold judgment on this installation itself for a while. It hasn’t endeared itself to me yet, but I am still keeping an open mind. 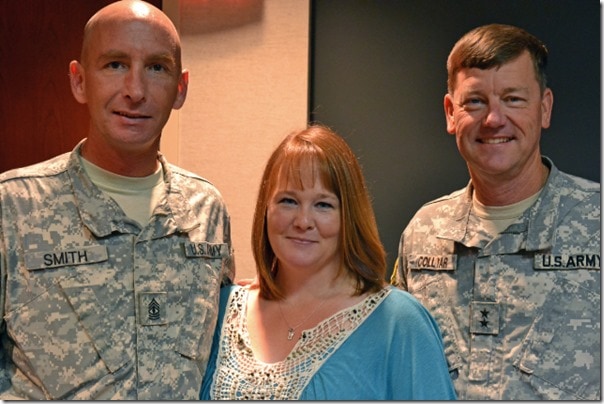