This past weekend, we headed out on a fishing trip in Valdez, way down at the coast.

My husband went to Valdez for a charter boat fishing trip, but this was my first time down. The area we were going to be fishing, was near a hatchery where gazillions of baby salmon are released every year. And of course, every year, gazillions more want to come home to spawn. Outside the hatchery, you can see a “gate” that keeps the salmon from entering the stream into the hatchery. That doesn’t stop them from trying to get in! 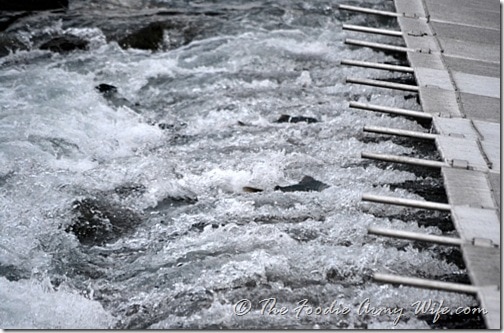 Check out this humpy! 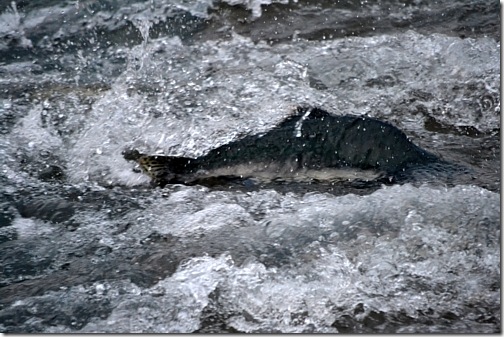 The male pinks are called “humpies” because of the prominent hump on their backs.

The salmon were so thick, it seemed you could practically walk across the water on the backs of salmon and never get wet. 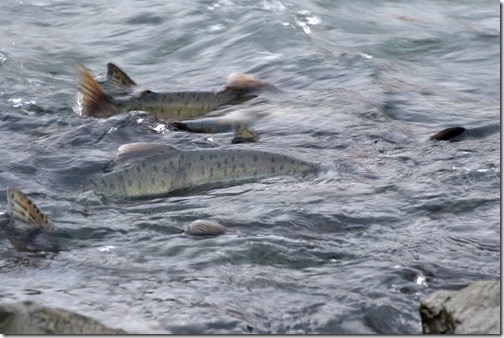 Can you see the fish fever taking effect? 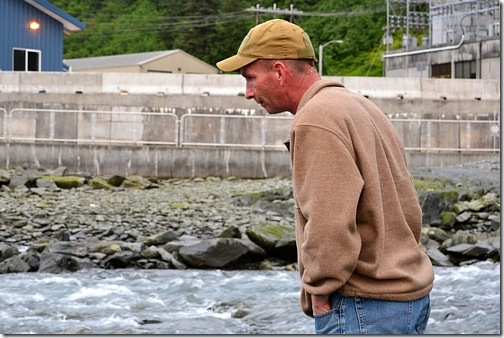 Seeing as tide was out, the boys decided to give it a go…even though they hadn’t planned on fishing til the next day. 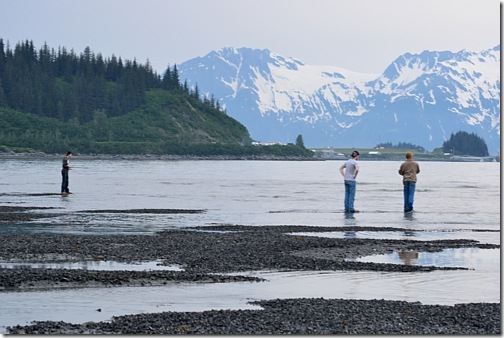 You’ll notice that water is finding its way around their feet. When they went out, it was gravel. Tide was coming back in and they didn’t even notice. Finally it reached my husband’s knees, and he had salmon swimming all around him! 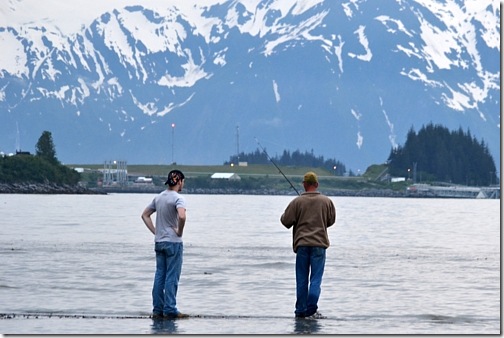 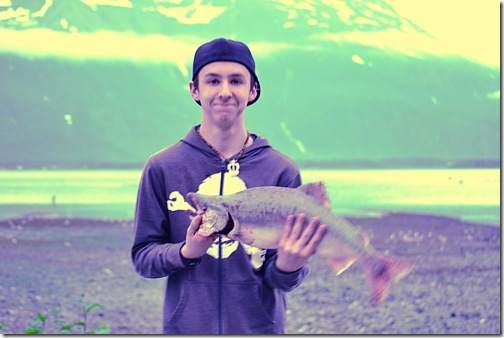 The next day was spent almost completely fishing…at least for the guys. I was too enamored with the wildlife and scenery, taking tons of pictures. But I did join in later on. 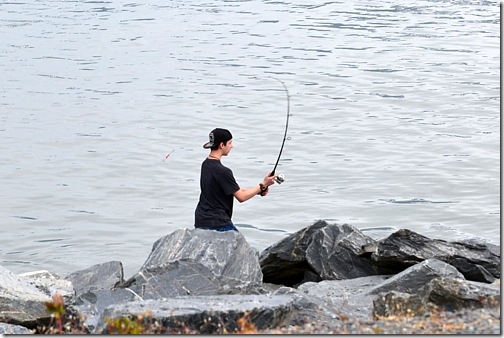 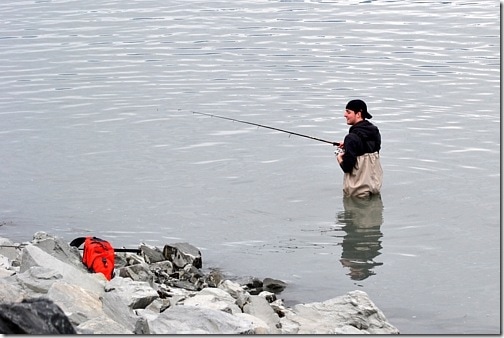 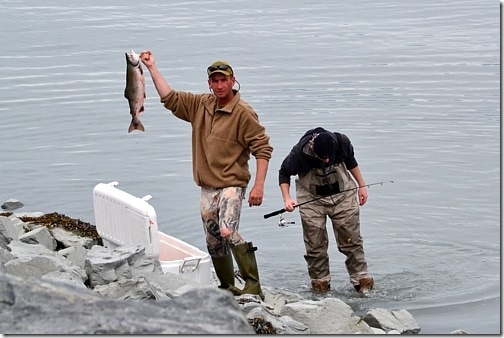 That’s our neighbor there in the gray. 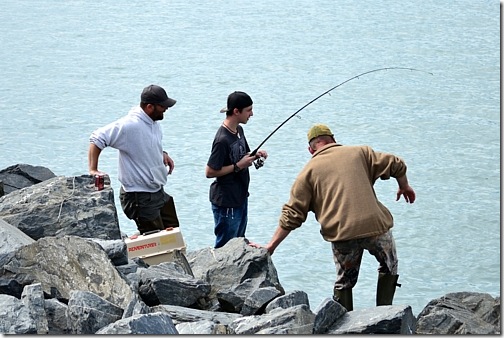 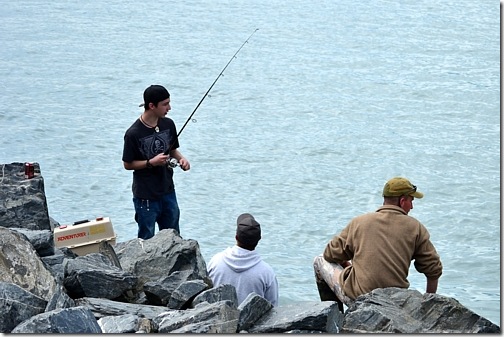 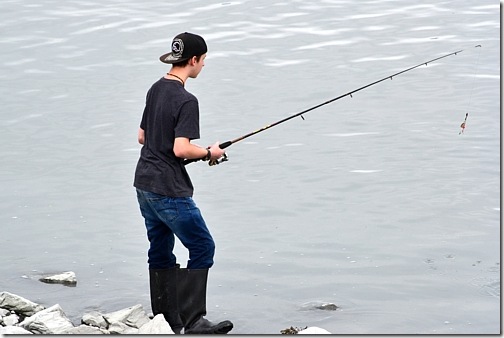 So later that day, when they did their second round of fishing..stopping for dinner & a nap, and to clean their so-far catch…I decided to go ahead and join in. It was getting too dark to take pictures anyways. Ahem.

This is my first salmon, and one of Jack’s many. We tried to catch females, and would release most of the males. The females, though smaller, have more meat on them. 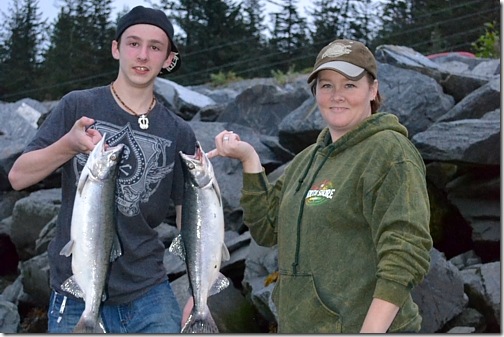 Of course this was my biggest catch. It was a male, but I had to keep this one! 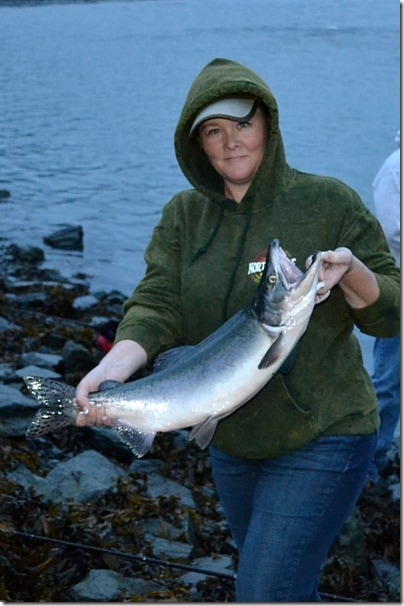 Joshua and one of his catches. 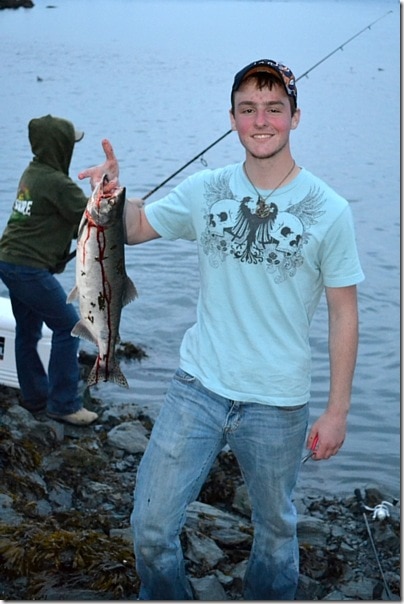 At the end of the day, the guys had to haul this back up the slick rocks to the truck…and then fillet them all! They were up until around 1 am cleaning fish, exhausted and loving every minute of it.

We hope to make another trip down in a few weeks when the silvers are coming through!