On day 3 of the 4 day conference, when the work was over, Iris and I headed back to the North Shore again. This time we went to Waimea Bay.

On the way there, we saw a sign on a building that looked rather familiar… 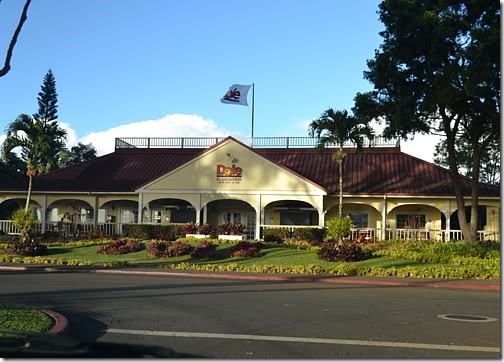 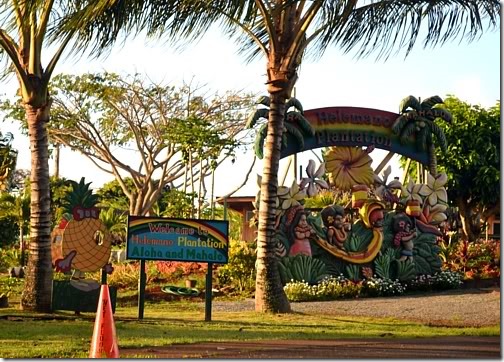 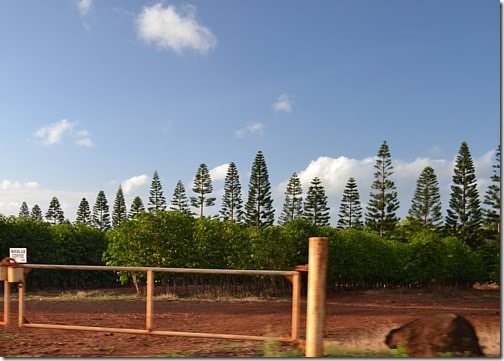 And then on to the beach. This was a sign that greeted us when we arrived. 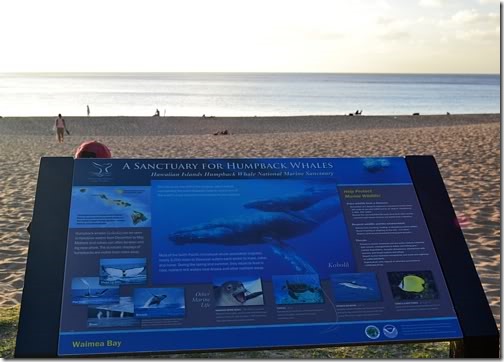 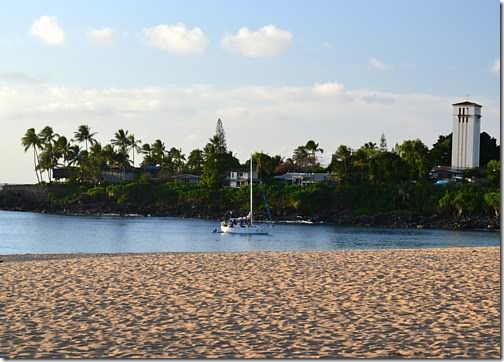 There were some people swimming, and others climbing the rocks, looking for places to dive in. 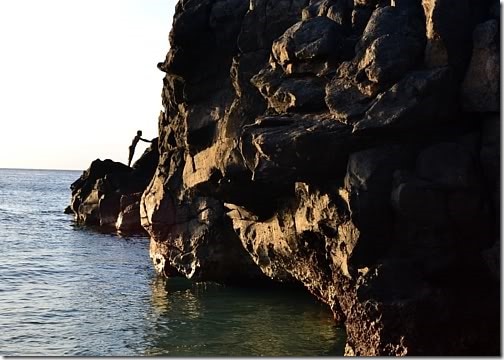 Unlike Alaska, where sunset is almost non-existent now, there in Hawaii sunset was coming relatively early. And shortly after we arrived, it was already swiftly approaching. 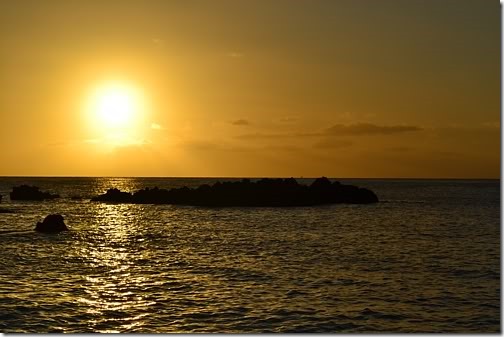 I tried snapping a couple pictures of myself…hard when you don’t have your tripod with you. 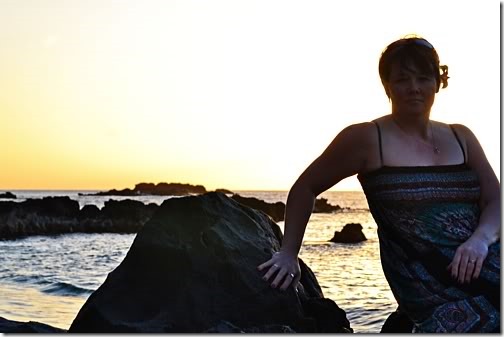 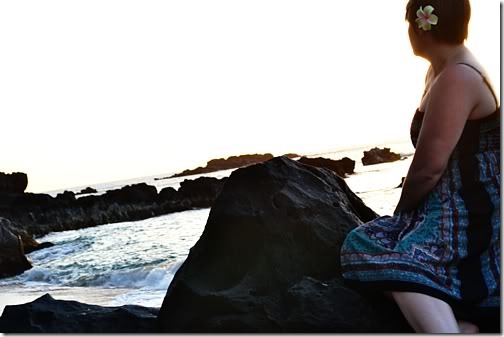 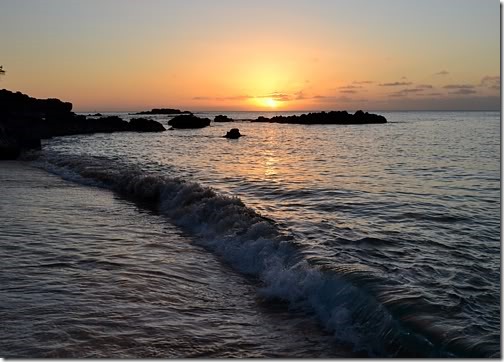 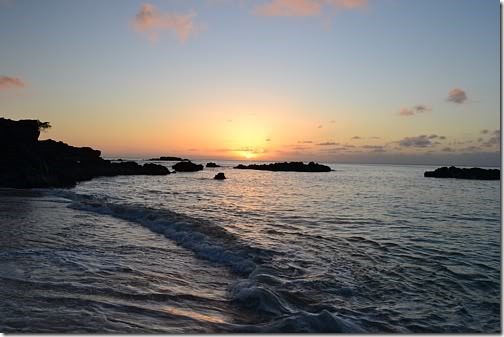 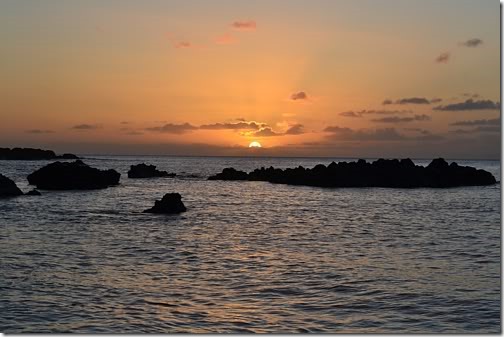 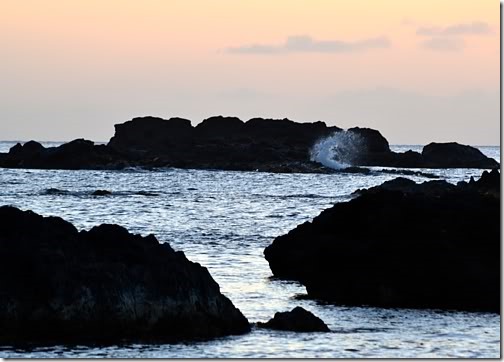 It was such a peaceful way to end another busy work day. 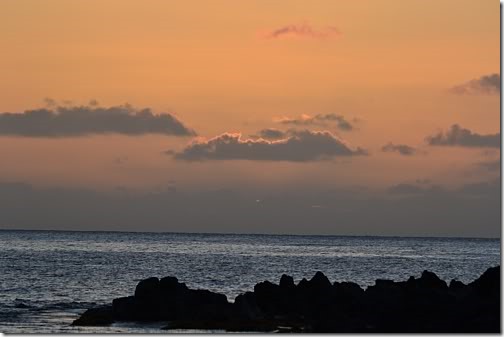 Afterwards, we drove a couple more miles to go to the island-wide famous Ted’s Bakery. Just about anyone that we talked to who lived there knew about Ted’s. Most gushed over the very name! 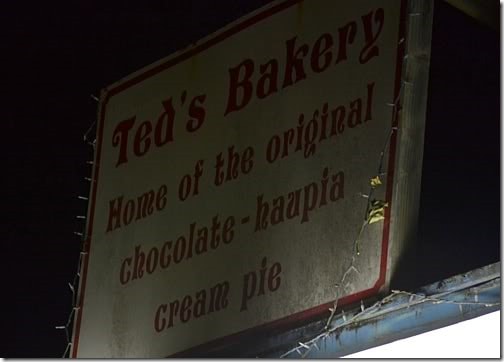 I had every intention of testing out the famous pie, but after I had this monster of a BBQ sandwich…which I couldn’t even finish….I was content taking “home” a couple pastries that I had already bought. 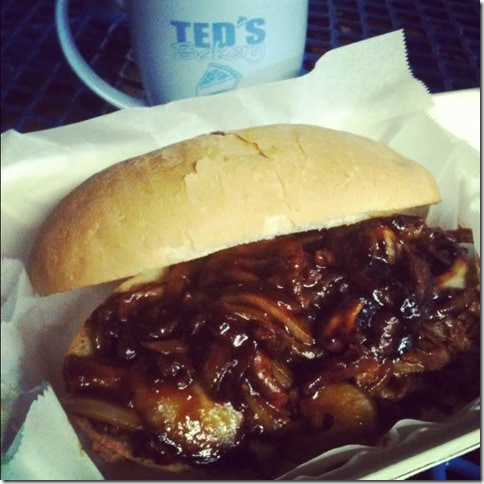 I had one day left in Hawaii, and the busiest day yet ahead of us!