The Yukon Quest in Fairbanks, Alaska

Last night after getting home from the ball and winding down, we set our alarms to make sure we got up and at ’em in time to head on out for the start of the Yukon Quest!

Not everyone is familiar with the Yukon Quest, but most have heard of the Iditarod. The Yukon Quest is considered even more grueling than the famous Iditarod.

Each year, the race spans between Whitehorse, Yukon, Canada, and Fairbanks, Alaska. The race start and finish lines alternate in between the two locations. This year, it started in downtown Fairbanks. We headed out to the river, to see the racers off!

We weren’t there but a few minutes, when we saw the first team coming up the river. 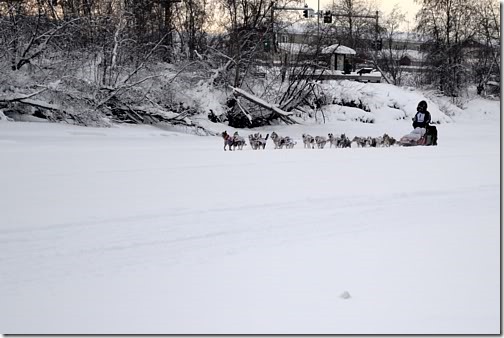 Look at those dogs go! 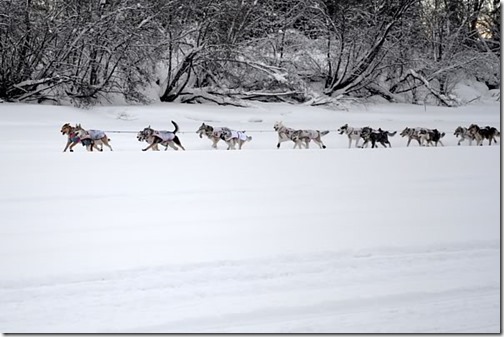 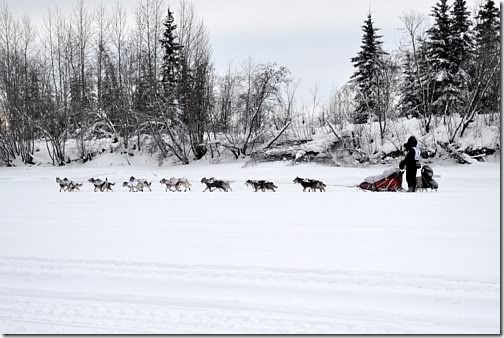 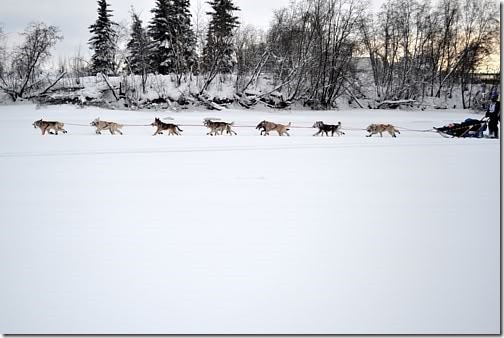 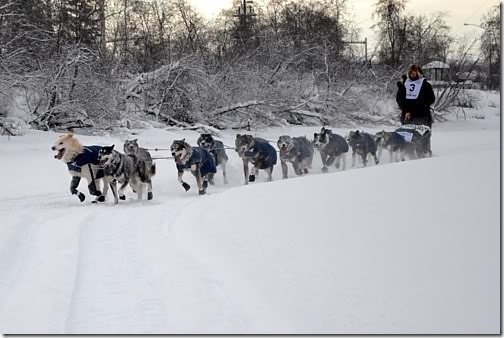 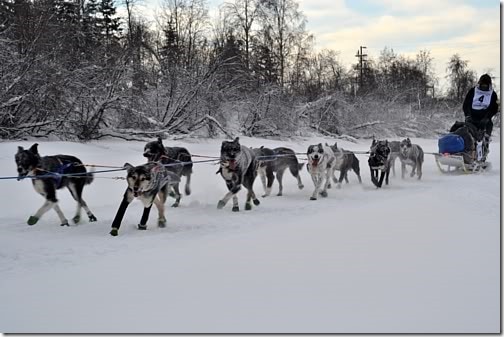 These dogs live for this. 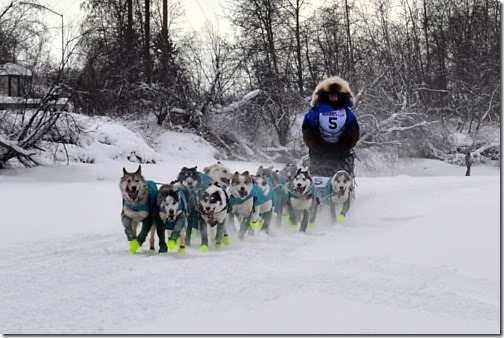 Look at those faces! 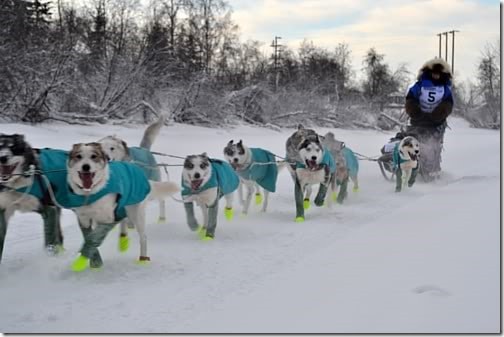 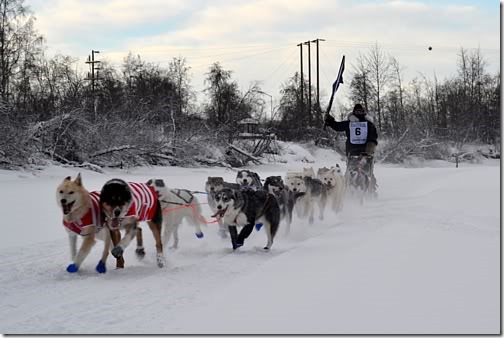 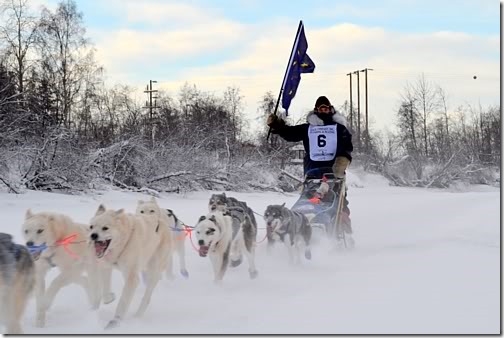 After a little while, we walked down to a nearby bridge where I could take some “from above” photos. Along the walk… 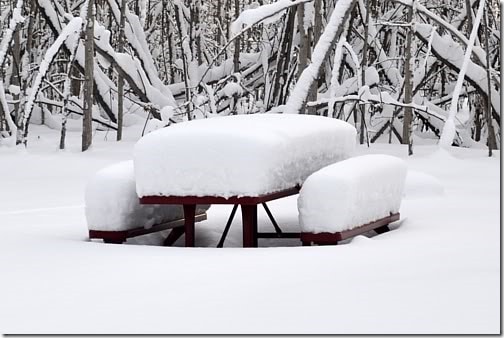 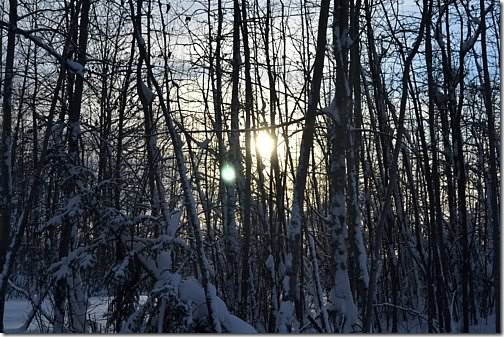 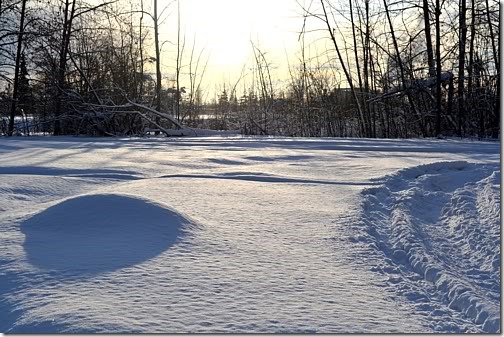 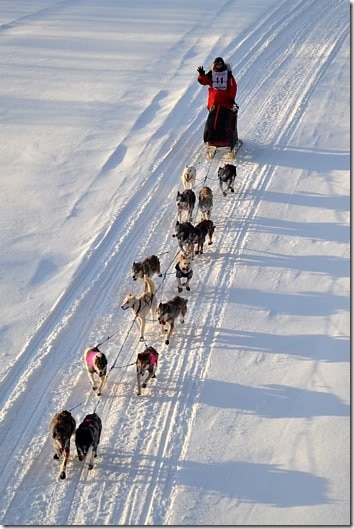 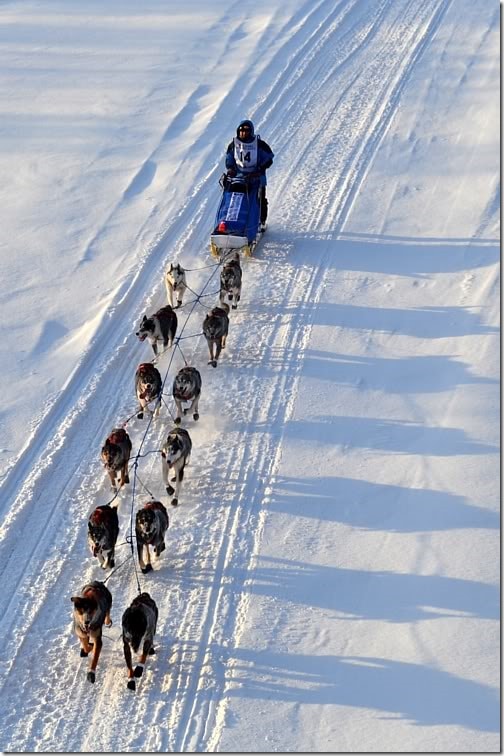 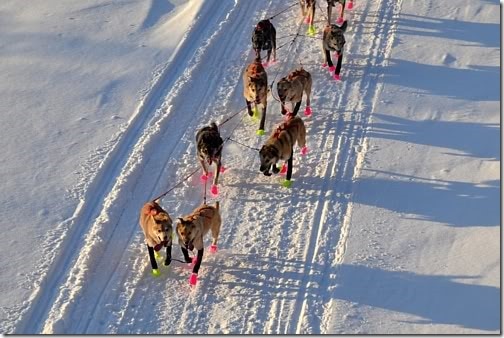 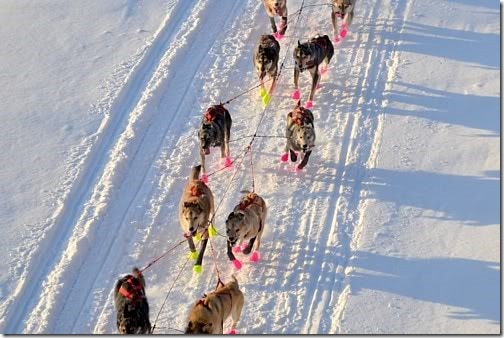 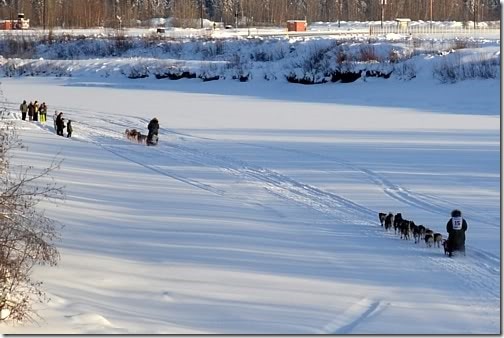 If you are curious about the Yukon Quest, you can go to the website and watch the real time tracking of all the mushers and dogs.

UPDATE! – at the end of DAY 1 – Several of the mushers are at the first check point. They have traveled 71.68 miles!!! Can you imagine? Lance Mackey went from 16th place to 2nd.