Last week Jack went bouldering at Horse Pens 40 near Steele, Alabama. If you aren’t familiar with bouldering, it is basically rock climbing but without the ropes and harnesses. Instead, you use these pads that look like folding mattresses, and you climb surfaces that aren’t quite as high as you would otherwise. Jack loved it. He said he wasn’t sure which he liked better – traditional rock climbing or the bouldering. 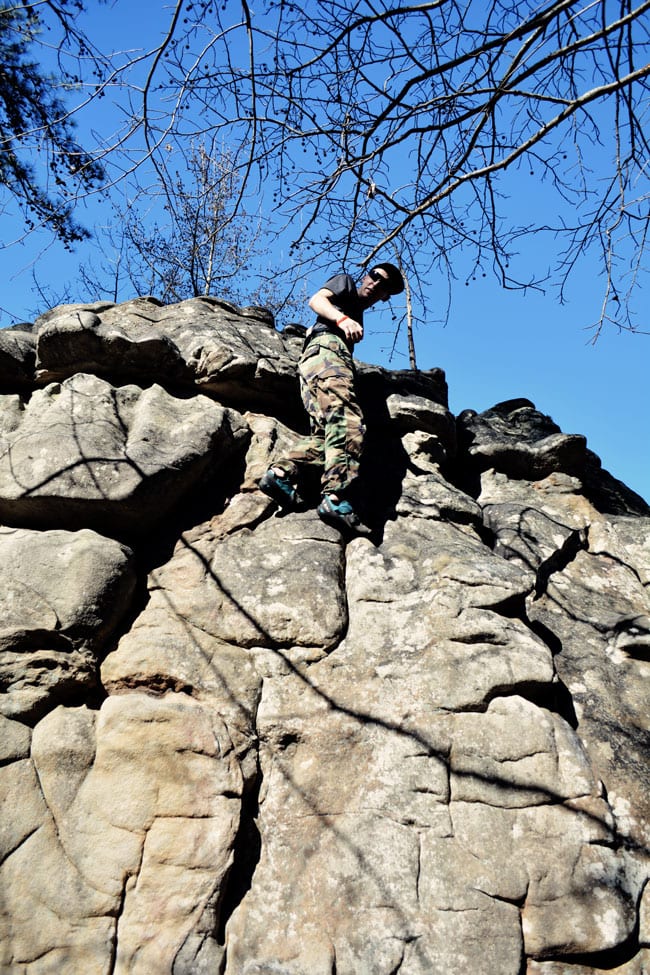 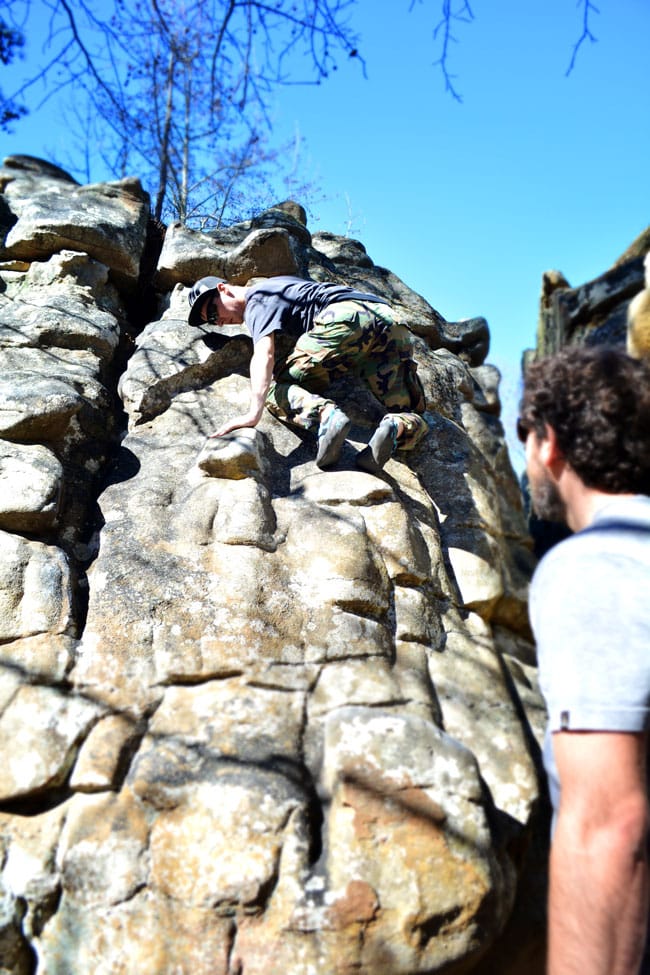 One of the challenges was what route to take? Where to grip, what to step on. It’s a puzzle to figure out. 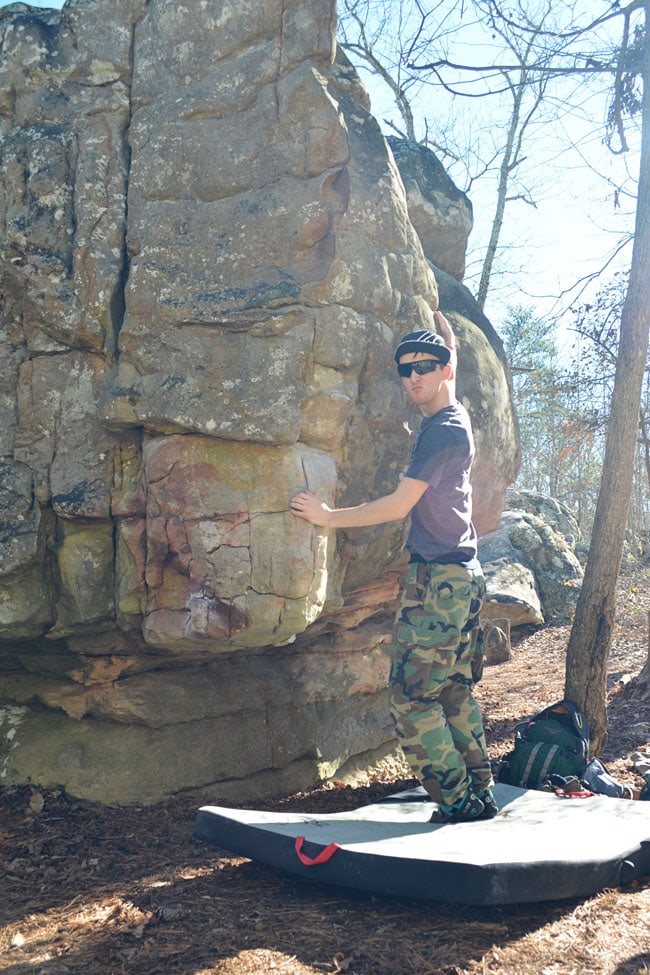 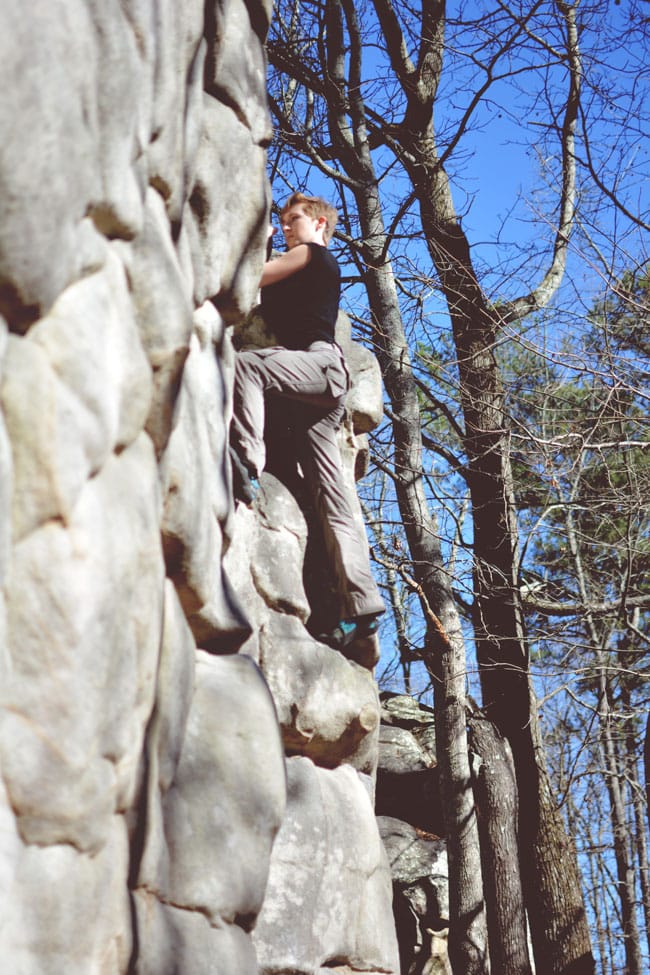 Horse Pens 40 has some absolutely beautiful and unusual rock formations. I took lots of photos, but sadly many of them didn’t turn out. I used a lens that I don’t normally use, and let’s just say it did some weird things. I don’t think I’ll be using that one again. I’ll stick to my trusty 50mm. “Old Reliable.” 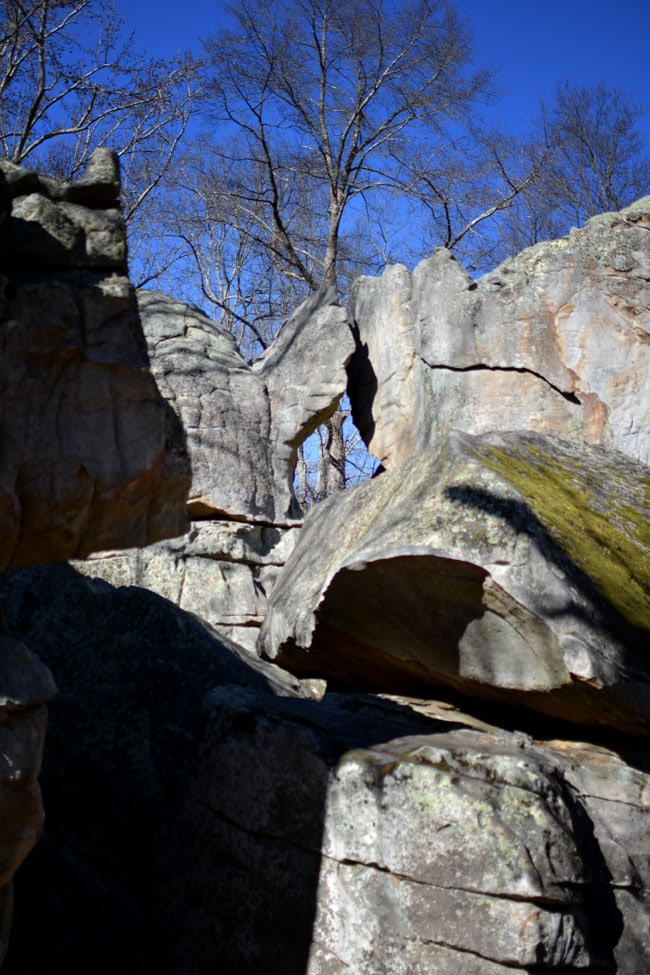 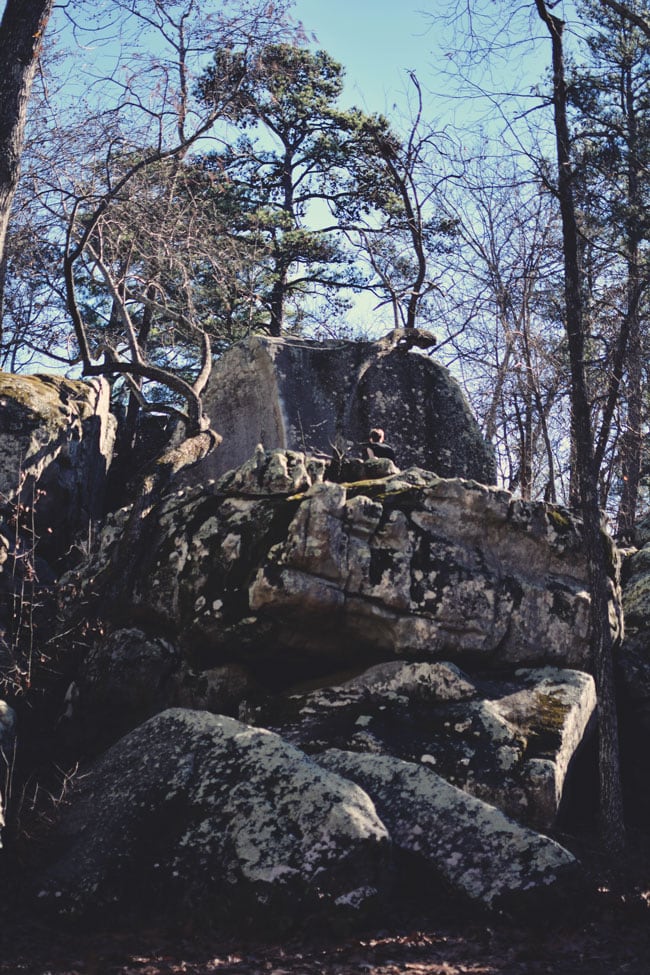 Horse Pens 40 is a privately owned park in St. Clair County, near Steele, Alabama – belonging to the Schultz family. It is located on top of Chandler Mountain, which is Alabama’s third highest mountain. It is a well-known bouldering location and each year they host a big bouldering event that is referred to as a leg of the “Triple Crown” of bouldering. They also have a large area where they hold Bluegrass festivals every year. 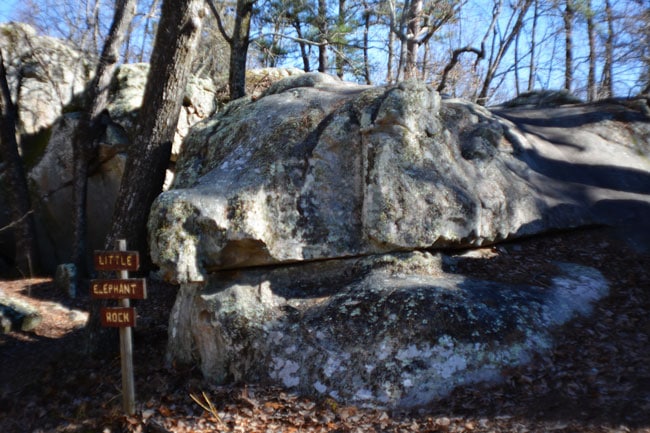 Horse Pens 40 also has RV camping, primitive camping and rustic cabins. Even if you aren’t a climber, it is a beautiful place to spend some time. Everywhere you turn there are amazing rock formations to be discovered. 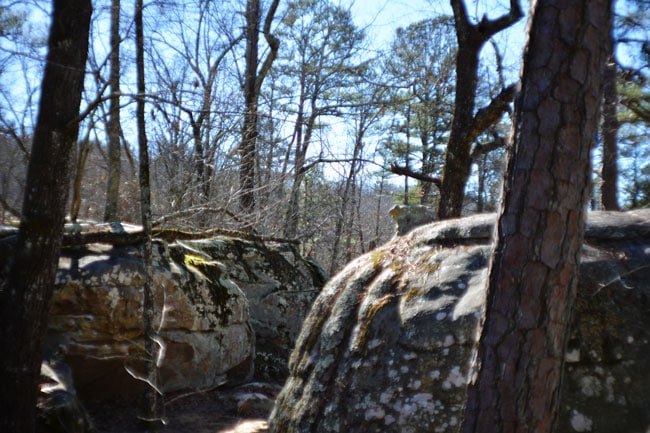 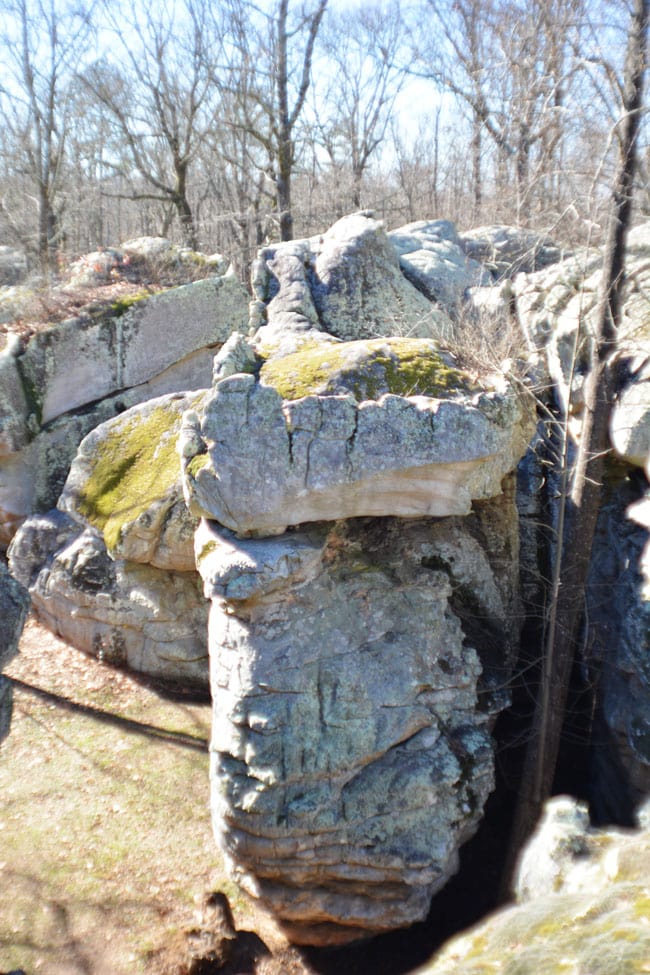 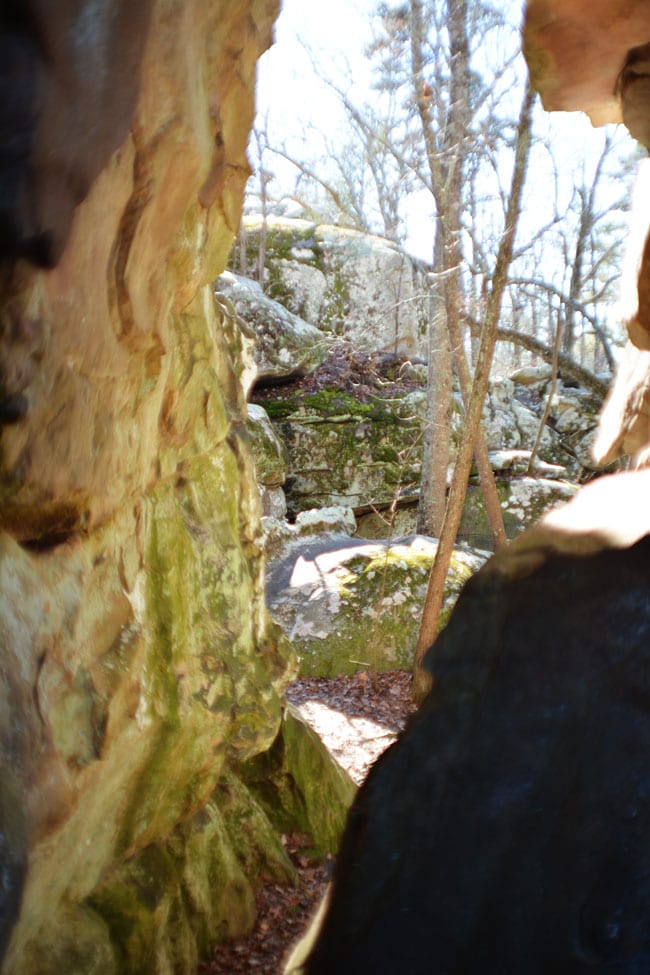 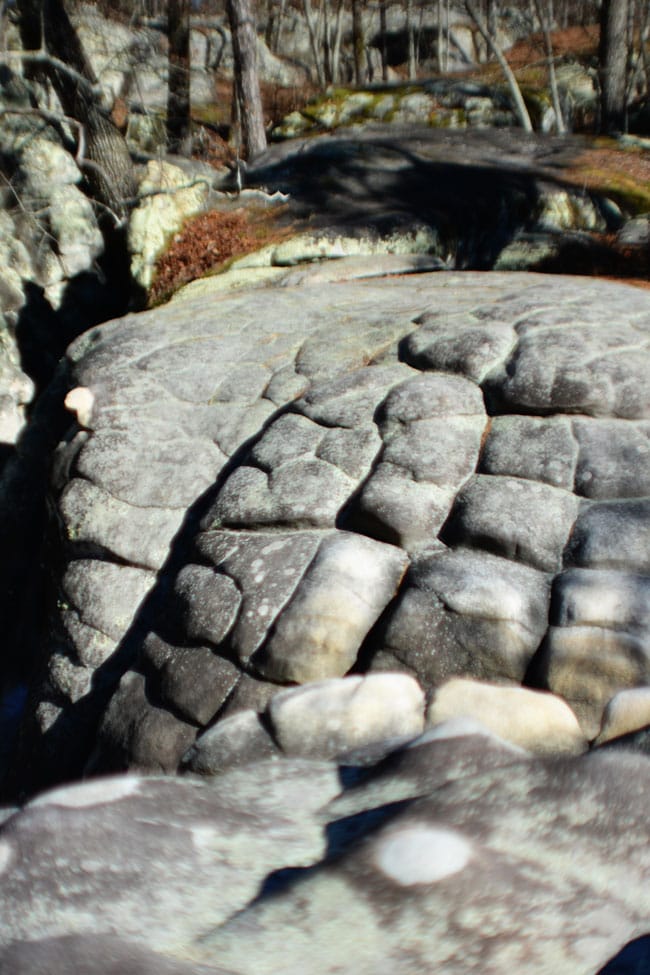 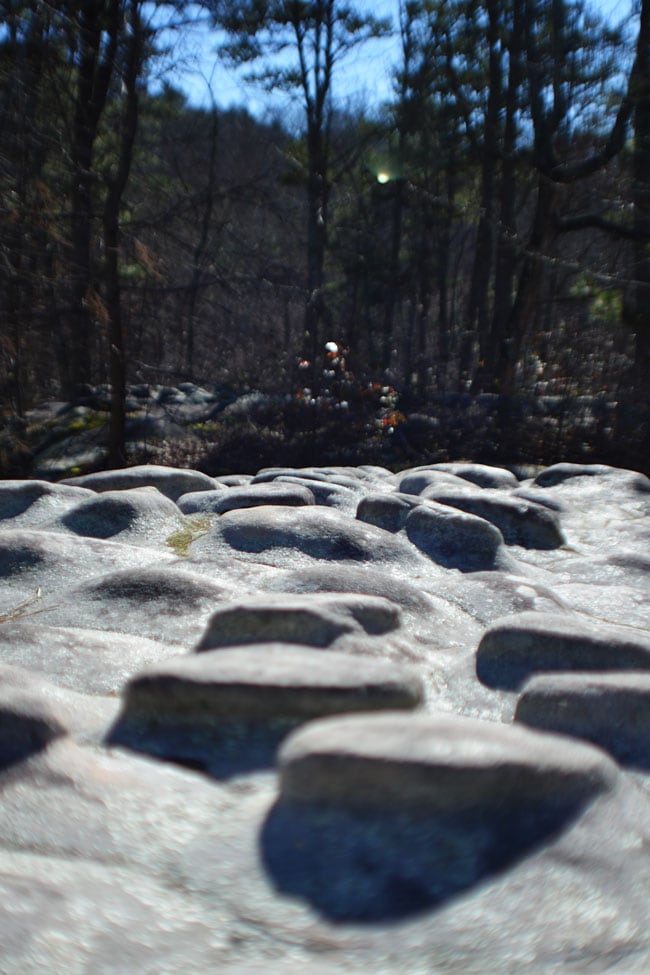 This formation was called “Merlin.” 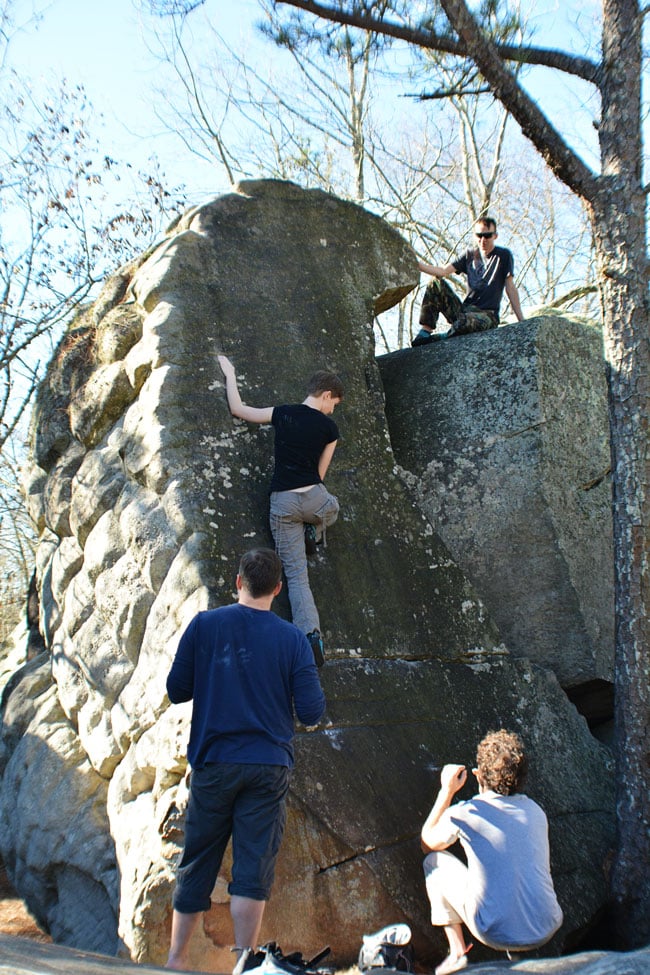 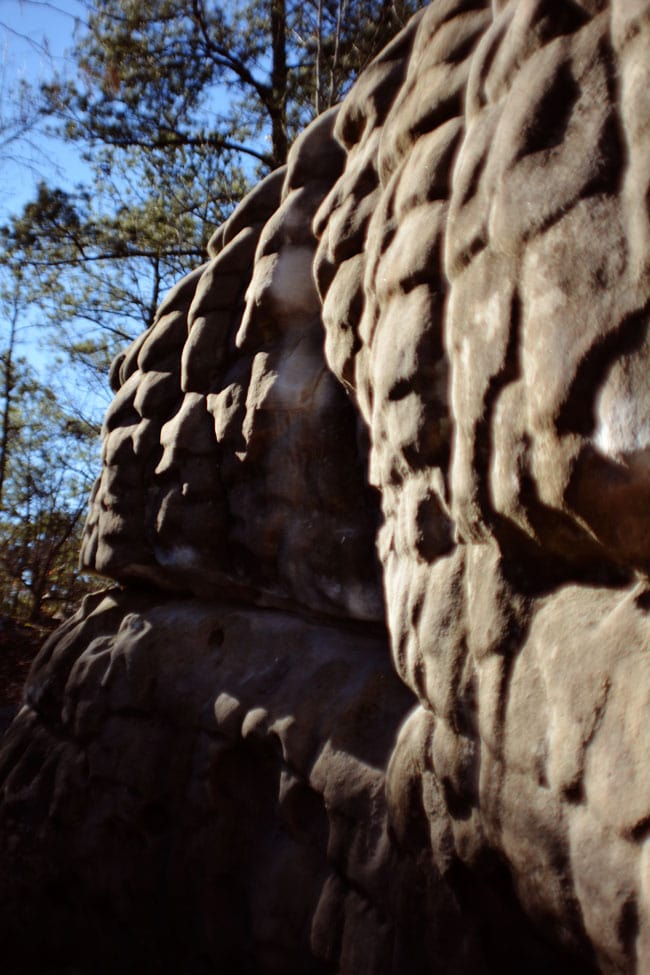 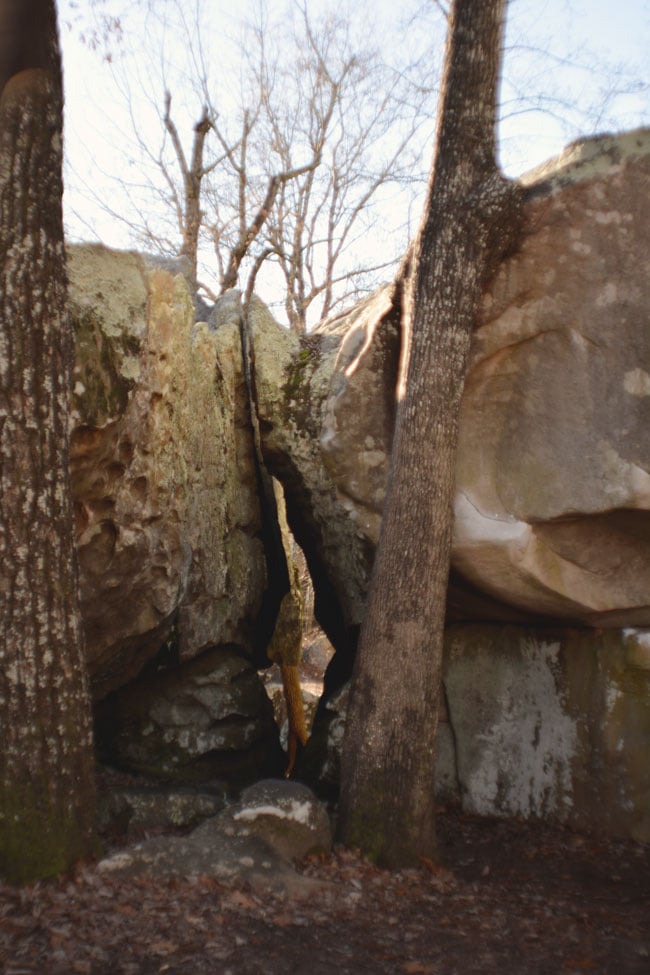 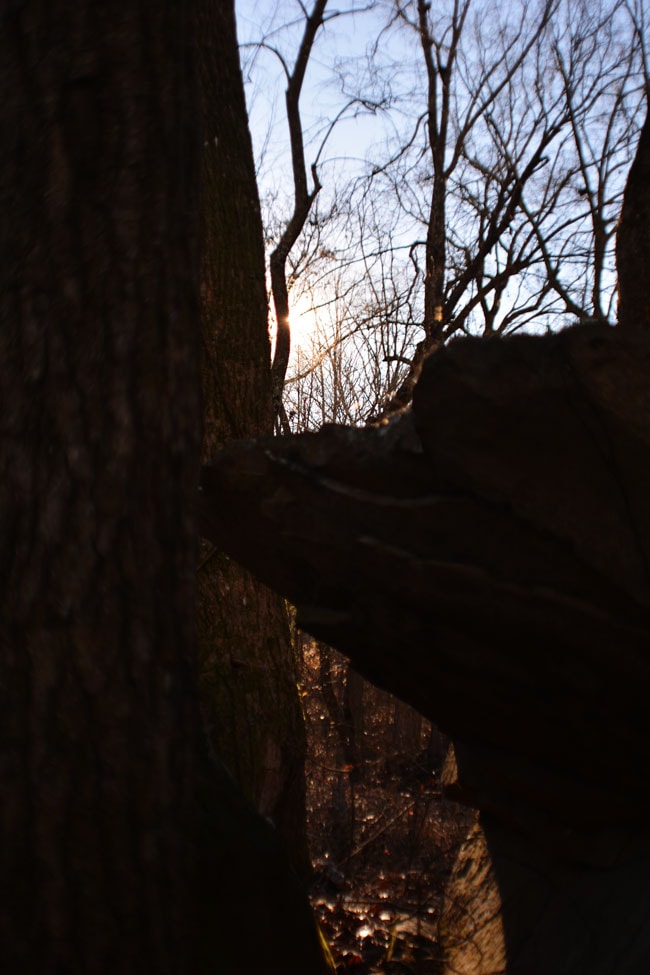 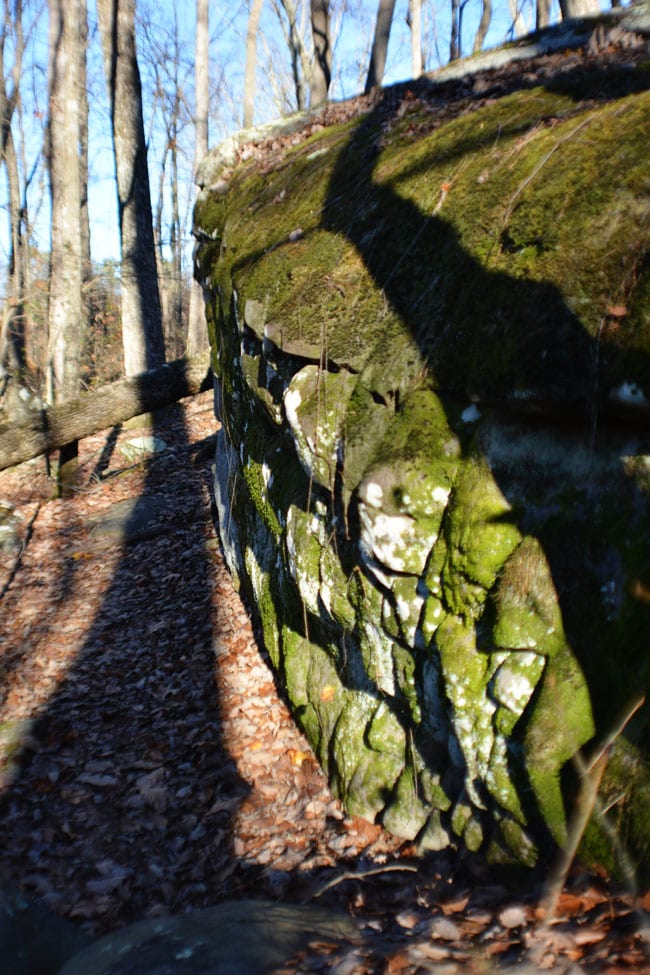 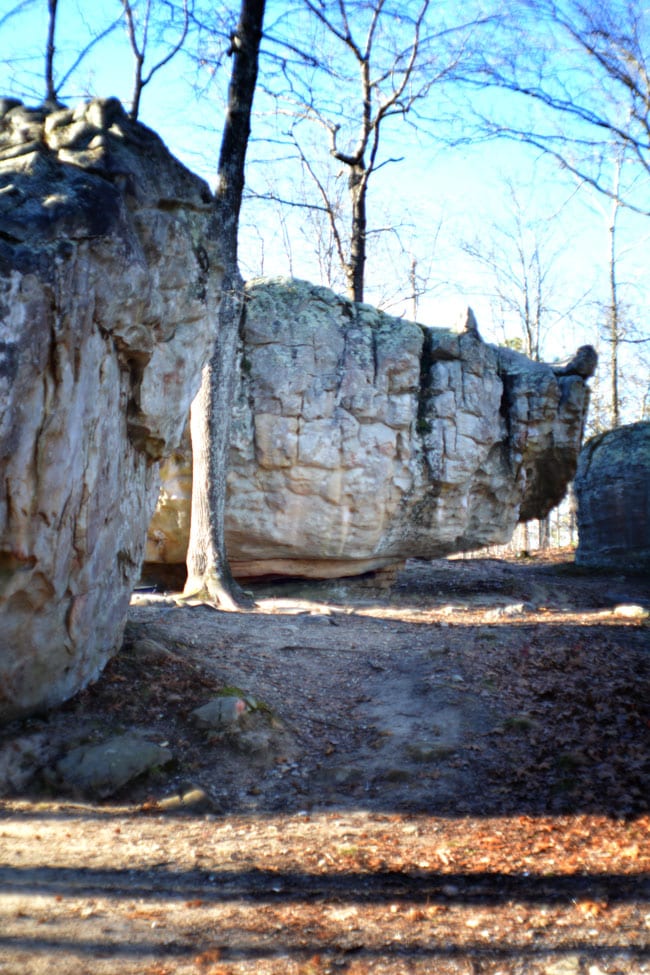 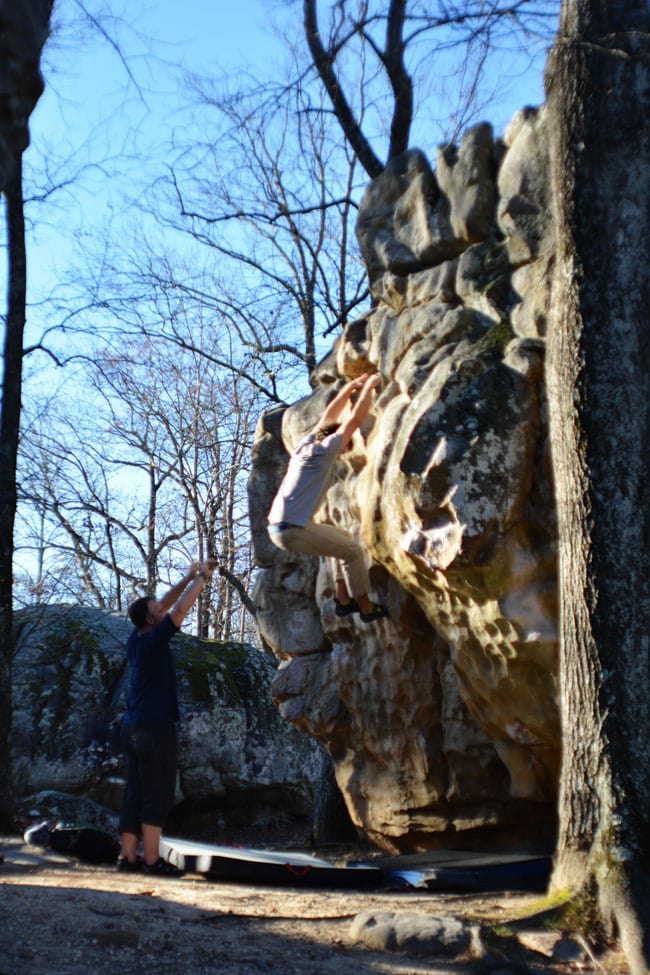 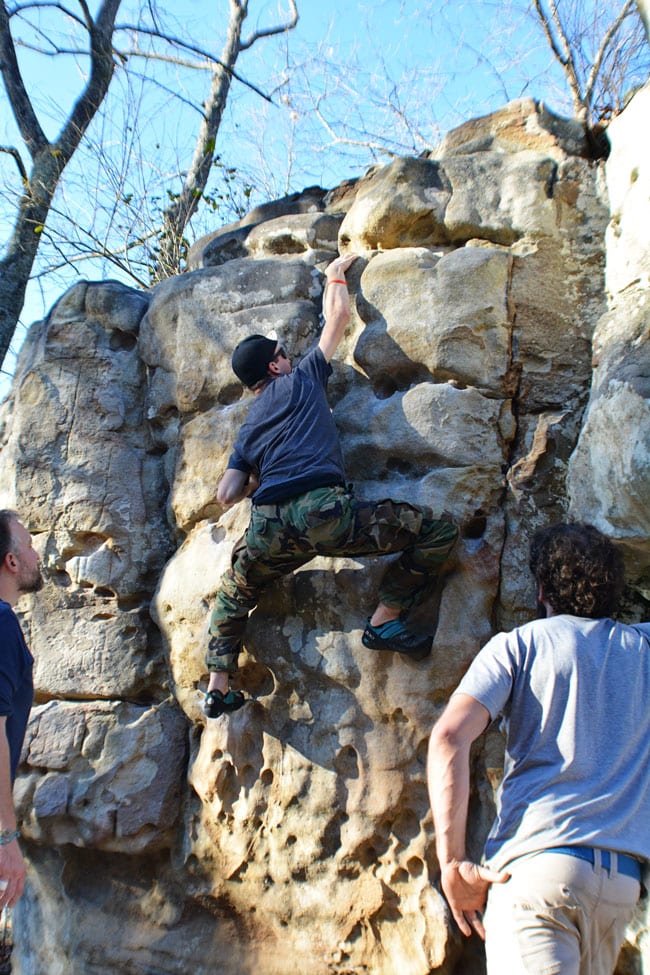 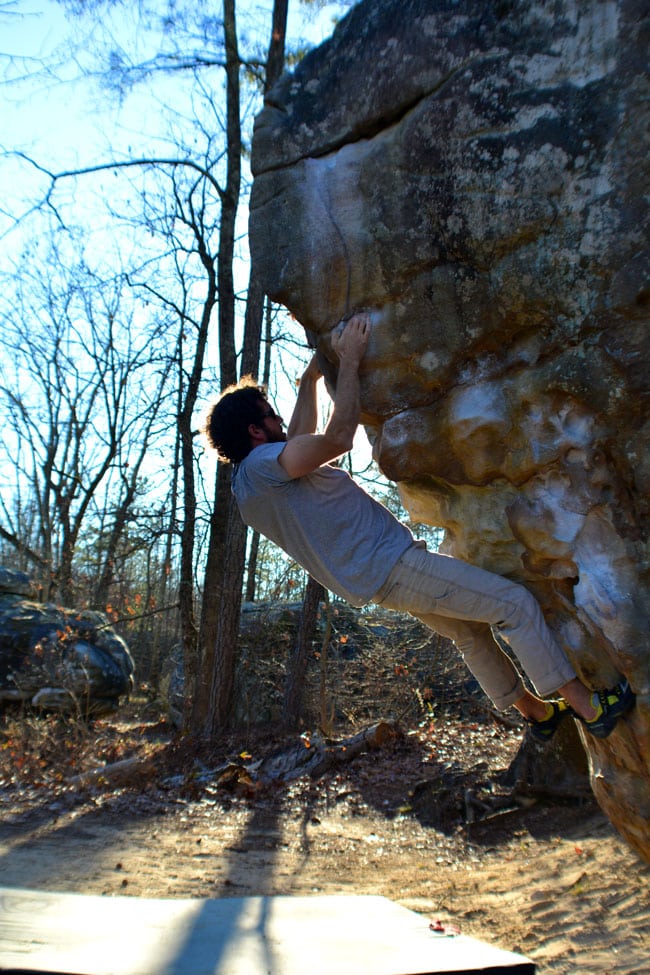 It was another beautiful day of climbing for Jack. We are looking forward to the spring series! If you have a homeschooler in Northern Alabama, be on the lookout for this fantastic opportunity.

1 thought on “Bouldering at Horse Pens 40”