How to Make Cinnamon Sugar 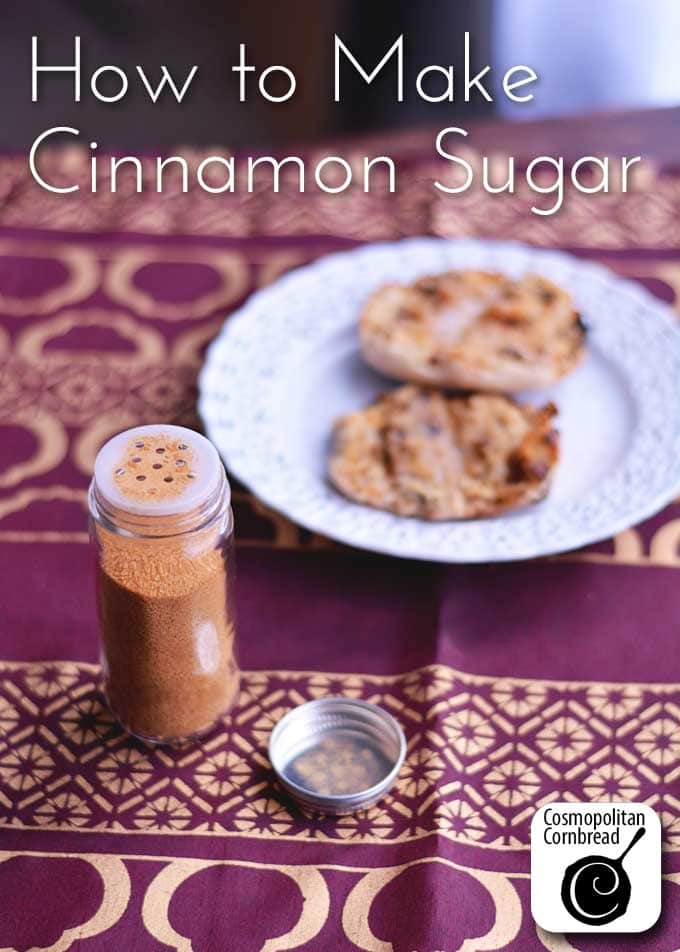 Cinnamon sugar is just that. Cinnamon and sugar together. You don’t need to pay extra for someone to mix it for you when it literally takes seconds to do it yourself. The only thing that you need to know when making it, is the ratio. 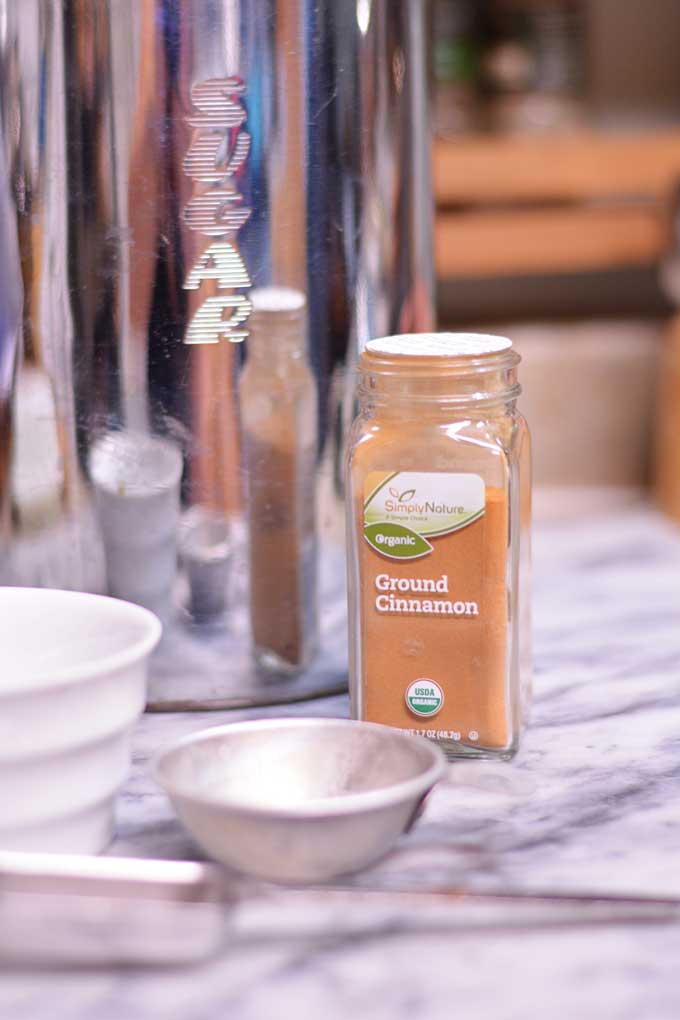 When I make cinnamon sugar, I simply reuse an empty spice bottle to store it in. An old cinnamon bottle is perfect, because it already has the little shaker top on it. So when I make it, I make just enough to fill that bottle.

In a small dish, combine 1/4 cup of sugar with 1 tablespoon of cinnamon. That’s it. Mix it together and pour it into the jar. 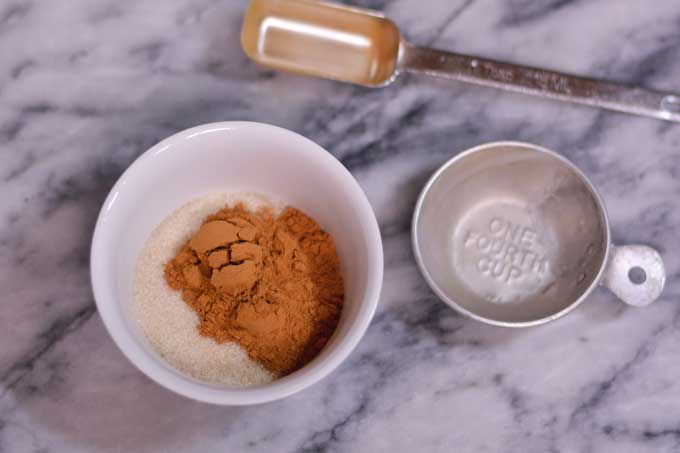 If you would like to make more, you can always double it – 1/2 cup of sugar + 2 tablespoons of cinnamon. You could also halve it: 2 Tb sugar + 1 1/2 tsp cinnamon. The point is to simply keep the sugar : cinnamon ratio the same. 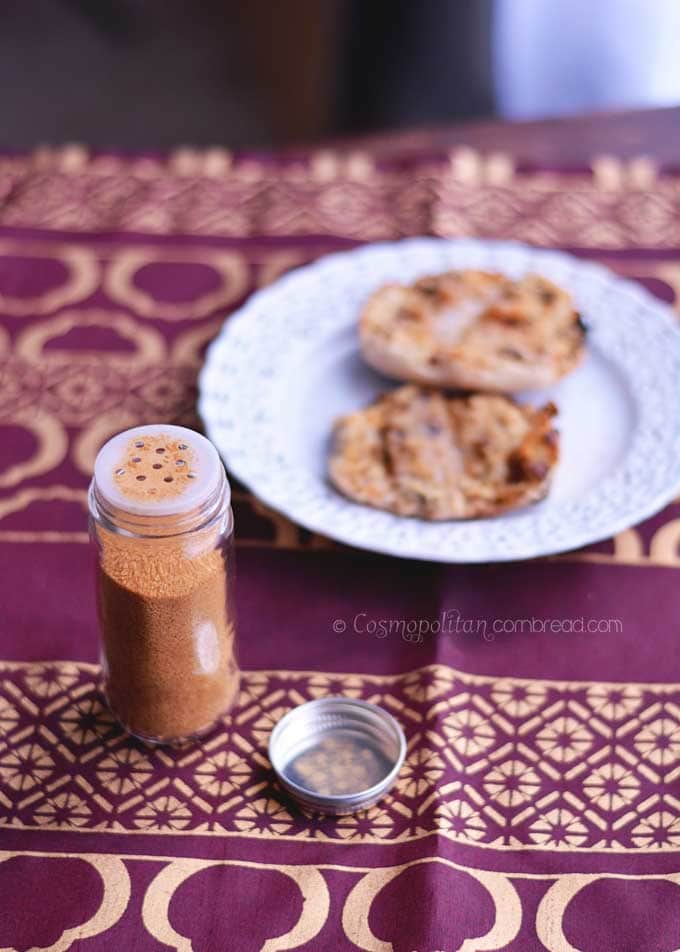 Use your cinnamon sugar any way you like. I especially love it on a lightly toasted English muffin with a dab of butter. But you can use it on toast, bagels, on your oatmeal or any way you’re inspired to. 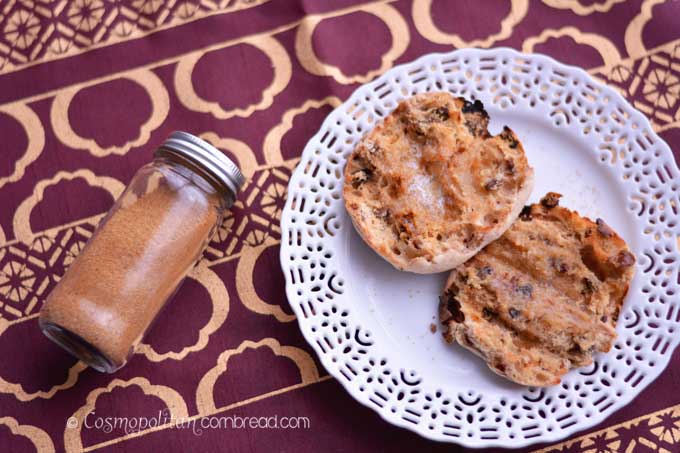 2 thoughts on “How to Make Cinnamon Sugar”