Let’s take some time this week to declutter and organize our kitchen library. 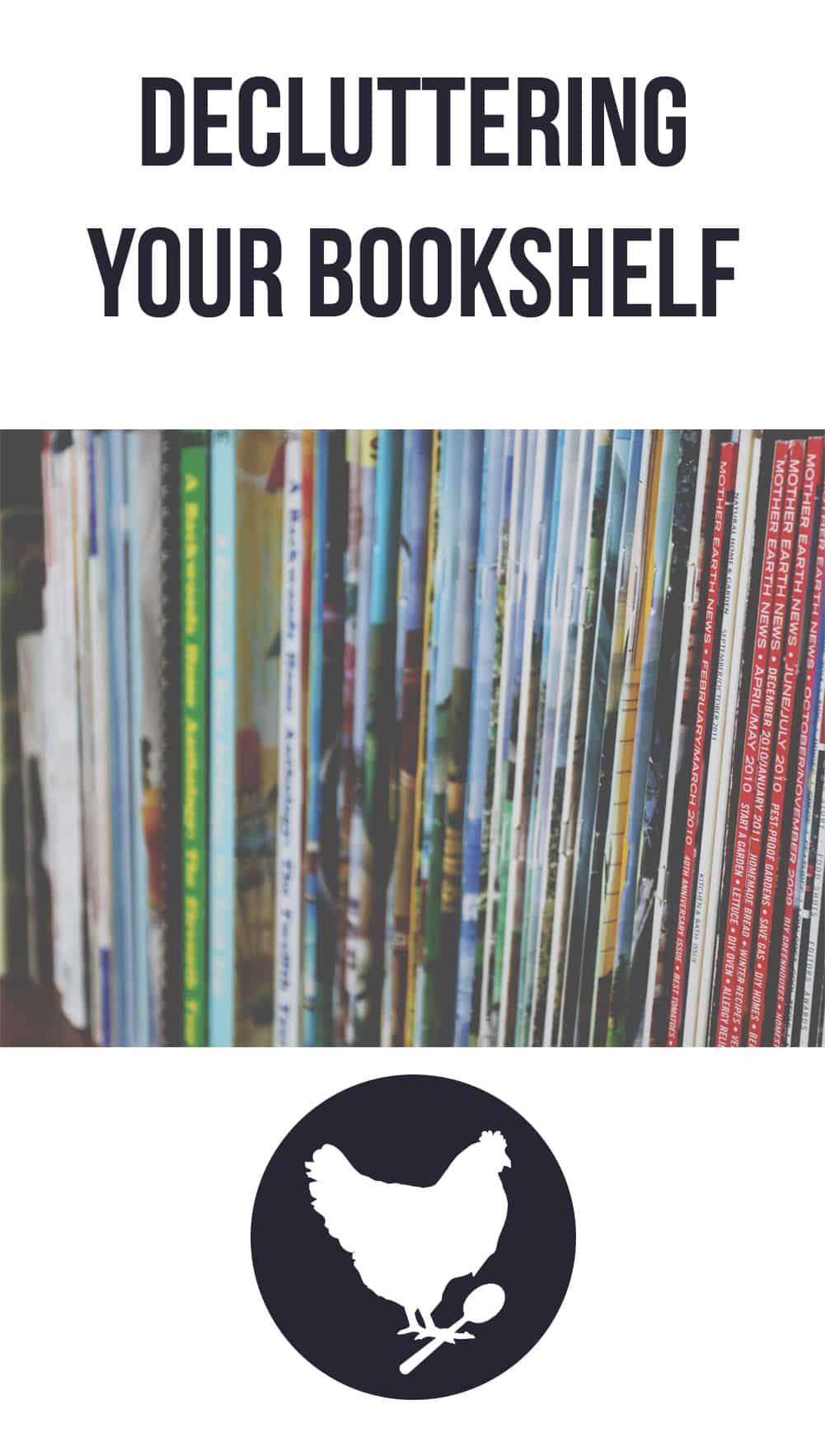 This week we are heading to the bookshelf to declutter. More specifically…the collection of cookbooks and food magazines you may have in your kitchen.

Now I’ll be honest with you, as a “food blogger” getting rid of cookbooks is very hard for me. I see my cookbooks as a resource library. I use them to study different recipes and come up with my own.

That said, I have received cookbooks over the years, bought cookbooks on a whim…only to realize later that they weren’t at all what I wanted. As an example, I picked up a cookie cookbook years ago. I had skimmed through the names of the recipes, and though they sounded interesting. So I bought it and took it home. Then one day I sat down to try some recipes…and tragedy! Every recipe contained a “box mix” as its foundation! UGH!!! I do not use mixes, so that entire cookbook was a waste for me. No point in it being in my library, because I would never make any of the recipes.

Then there’s the magazines. Oh heavens. I am such a hoarder of them!! I have been subscribed to many food magazines over the years. The plan, was to go through each one, tear out the recipes I wanted, save them in a binder, and recycle the rest. In theory it was a great idea. The problem was, that I had too many subscriptions to keep up with.

So what did I do with all of those magazines that I couldn’t’ get to?  Yeah….they took up residence in my house. Moved to Alaska with me. Moved to Alabama with me… So a few weeks ago, I decided it was time. Time for the magazines to GO.

First, I let all of my subscriptions lapse. No more food magazine subscriptions for me. If I am out and see one that calls my name, I may pick it up, but NOT subscribe. The first thing to do to stop the clutter madness, is stop the flow into your home.

I had countless magazines from many years back, many had never even had their pages looked upon. I loaded them all up in bags. Then I got onto a local Facebook group and asked if anyone could use them. I divided the stockpile of magazines into two batches. One batch was given to an elementary school teacher. She uses magazines for projects with her students – making collages, cutting out letters, etc. The other half was given to a nurse. Her patients are home bound and love getting reading material. So all of those magazines went to good homes, and the clutter in my home has a huge dent in it.

But what about the cookbooks? Simple. Cookbooks can be donated to most local libraries. They can use them for their own shelves, or most libraries have book sales (“Friends of the Library”) that help buy books that the patrons want and need. The books you donate could be sold by the library, still benefiting the library and your community. You could also take them to a used book store. They may be interested in them as well. You could get money for them or store credit. So here’s the assignment:

Now…don’t go filling that space up with more cookbooks and magazines!

1 thought on “Decluttering Your Bookshelf”