God is a Stone Collector

Home » The Front Porch » God is a Stone Collector

I don’t like conformity. I find myself greatly bothered by this homogenization of culture, views, thoughts, society. We are all different. That is what makes us who we are. 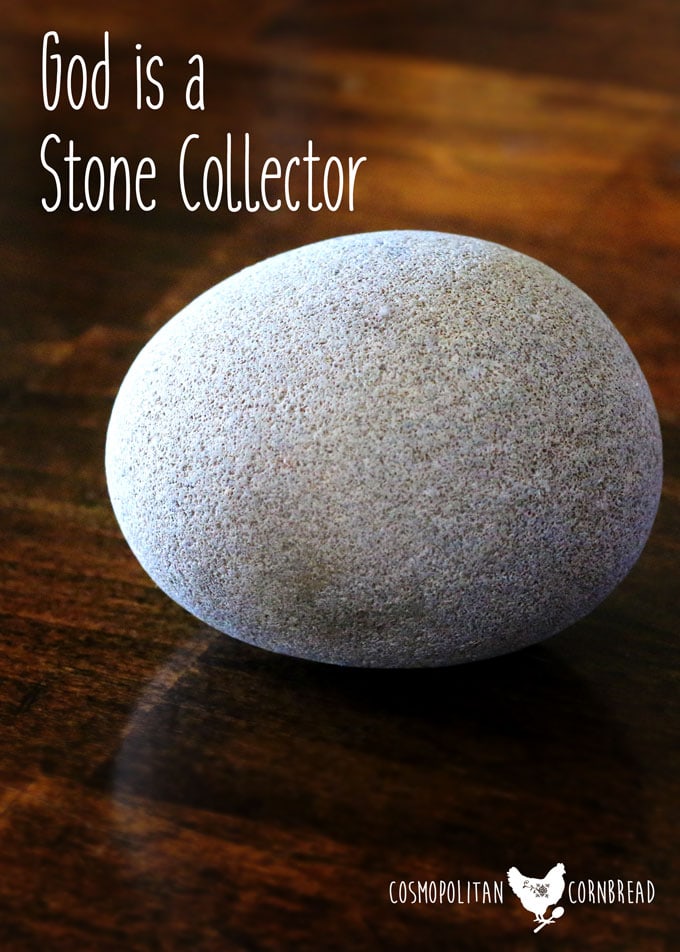 What if we all decided that thinking the same was the only way it should be?

What if someone hadn’t had the mind to test tomatoes and prove they weren’t poison? I love Italian food, and could you imagine life without lasagna or manicotti?

What if someone hadn’t been bold enough to say the earth wasn’t flat? People were burned at the stake for saying such a wicked thing!

People once believed that the best way to heal an illness was through bloodletting. Then their victims patients died from blood loss.

What if twelve men hadn’t decided to drop everything and follow the boldly speaking son of a carpenter?

Being different, thinking differently is what inspires, invents, discovers, creates, liberates and makes the world go round.

If you look in the Old Testament, when an altar was created, you’ll notice that it was made of stones, not bricks. 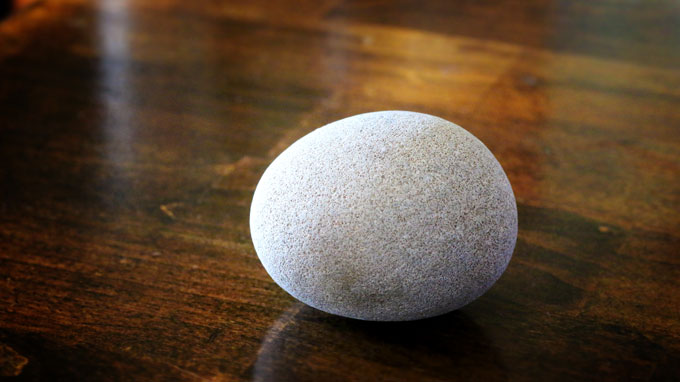 Stones are a beautiful thing. I have decorative vases filled with stones we have collected over the years. Stones from the beach in North Carolina. A stone from the summit of a mountain I climbed one day in Tennessee. Stones from the shores of the Chatanika River in Alaska, or a lake in the Yukon. Each stone is beautiful in its own way. Each is unique and has a story.

Several years ago, I wrote an article called “Tracks.” I want to share the essence of that article with you here today.

Imagine for a moment that the path we are taking is a dirt road, and the destination is that beautiful city with streets of gold.
I don’t know if you have ever lived in the country, but when you head on out to where the black top ends, things get a little bit different. Those dirt roads are usually a little more narrow, and much less used than the smooth, busy highways and byways. When you travel on a dirt road, you have to drive a little more carefully. There may be boulders, there may be hazards, but diligent driver can still safely make it to their destination.

Over time, as traveler after traveler journeys down this road, their tracks form ruts in the center. If most of the people traveling down this road are traveling in a standard vehicle, those ruts will all be perfectly spaced for all of the others driving the same dirt road with similar vehicles.

The problem arrives when a person comes along, driving something different. If I come along on say an ATV, my wheel base is not going to be the same size at all. I may be going in the same direction, to the same destination. However, if I try and drive in the tracks of the rest of the drivers, those ruts will jerk me from one side to the other. Tossing me to and fro on my vehicle. It is hard and could even be dangerous.

But as the other drivers have driven down this road, they left the shoulders of the roads untouched. If I steer my ATV to the shoulders, I can still continue down that same road as all of the other travelers. The shoulders might be weedy, and I may get slapped by a branch here or there, but using that same determination and diligence…I will reach my destination.

I may not be driving what everyone else drives, but I am traveling just the same. And while I might be over here on the shoulders, where others don’t drive, I am no less traveling to the same destination as the others who are going down this narrow road.

It’s the same as hiking down a snowy path. Better for me to forge my own steps through the snow, than try and step in someone else’s tracks. I walk with a long stride (for a woman, I guess) and forcing myself to walk in step with another person is unnatural. We can much more easily travel side by side down that snowy trail. We can reach our destination together, without force-fitting our steps into one another’s tracks.

I see this as applying to our walk through our Christian faith, particularly to my own. I am an organic Christian. I could write for days about that, but the micro-elevator version is this: I don’t believe in Instututional Church and believe that our relationship with God is much more direct and intimate.

But as an organic Christian, I don’t see anything wrong with the way others choose to walk down that straight and narrow path.

I once heard a person say that the reason they believed there were so many denominations in Christianity, even though we are all (generally) reading the same bible is this: If God had given us a clear checklist for Christian living, we would have been so focused on our checklist (our man made rules or system) that would have felt we didn’t need HIM. We need a relationship with Him, not a list of boxes to check. If we are all trying to figure it out, we will continue to look to Him for the answers.

If you are a parent of multiple children, don’t you love it when they come to you? To share their joys? To seek comfort? Don’t you love how each of your children sees the world a different way and is each their own person, yet still your child?

Like no two paintings could ever be alike, I believe that God too, cherishes the work He has done in each of us. Why would you want to turn a master artist into a printer?

I think it is a dangerous thing to force any population to be identical to one another in thought or deed – inside the church as well as out in “the world.” We are seeing today what this looks like. Our society is trying to force everyone to view things exactly as the “squeaky wheel” is demanding. We aren’t told to accept or tolerate different views, beliefs or lifestyles – it is demanded that we embrace, verify and believe them to be true.

We are told we can call ourselves a Christian, as long as we don’t actually believe in the Bible or any Christian views. We are told to reject the scientific method, in favor of what activist pseudoscience proclaims as “fact” from one week to the next.

And what happens if we don’t conform? We are demonized as bigots, “phobic” or flat out evil.

God doesn’t put people or anything else in a box. He makes people free. Free to make their own decisions. Good or bad. Right or wrong. He loves altars of stones, not bricks.

If we are not careful, we will allow the variety and beauty of God’s handiwork to be whitewashed with Kiltz. And what a boring, bland and dark world it would be.

2 thoughts on “God is a Stone Collector”