Salute To Our Military Parade

Over the weekend in Downtown Fairbanks, Alaska, there was a very special event.

Something you don’t see much of anymore.
There was a parade. And not just any kind of parade….a parade to welcome home the troops! 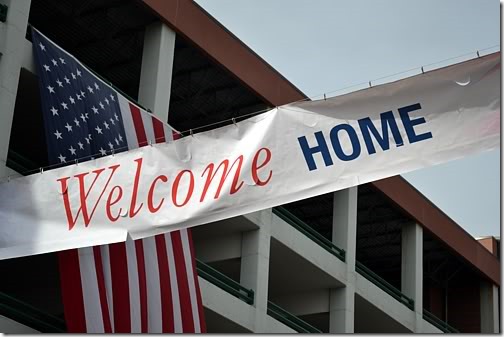 Downtown Fairbanks was all decked out in Red, White & Blue, and even patriotic messages in storefronts. 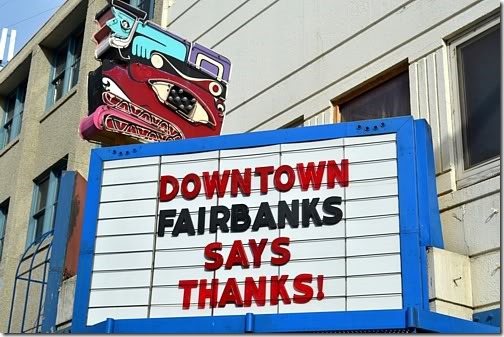 Balloons and flags were passed out. There was even a community event where signs were made, and pizza was donated for that by a local Papa John’s. 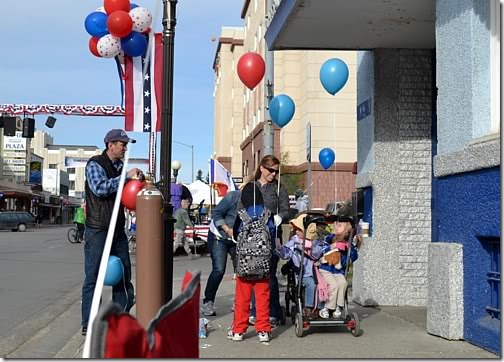 The parade began with a remembrance to those who could not be here. 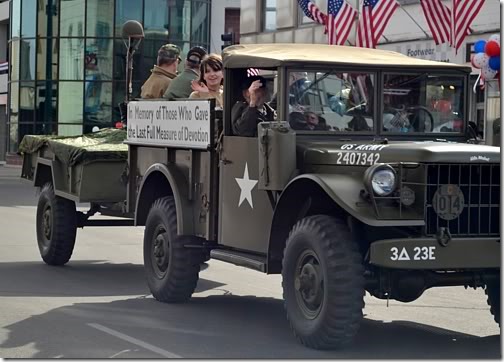 And a troop of bagpipers played “Amazing Grace.” 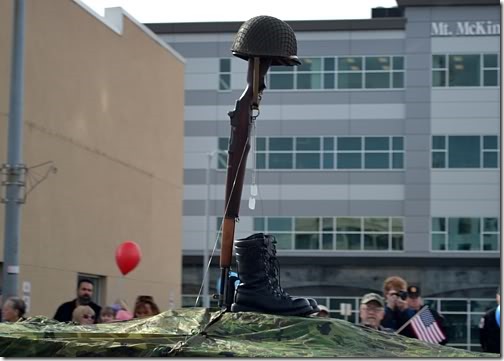 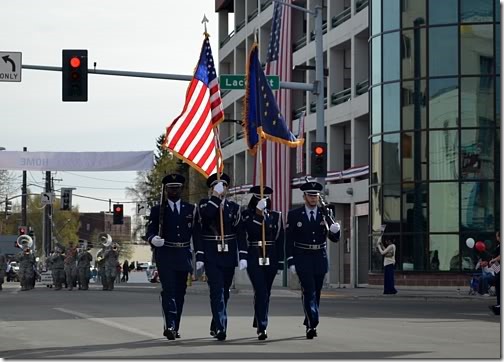 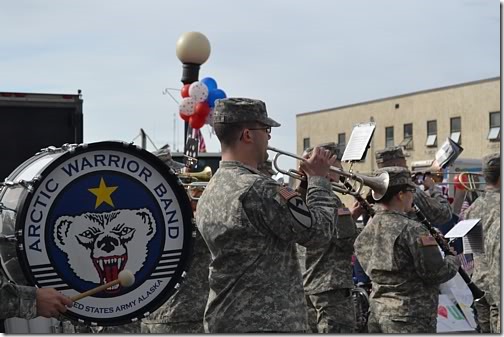 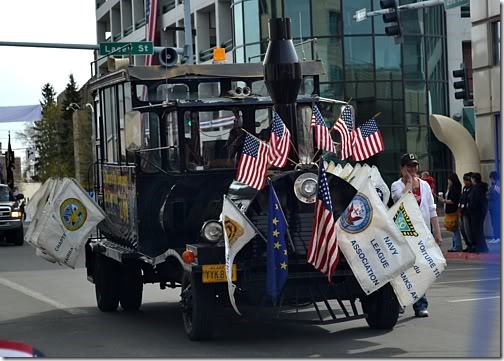 I could not imagine marching in a parade in this suit! This suit alone weighs close to 80 pounds! 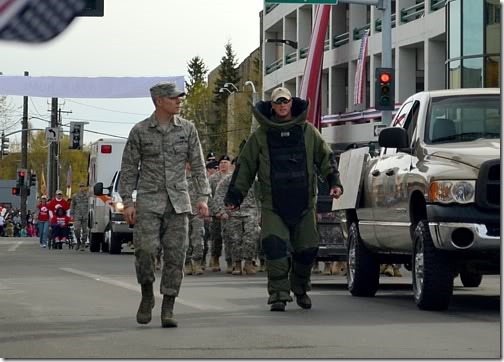 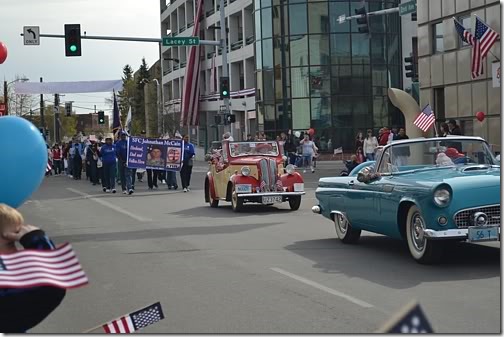 My favorite part of the parade. 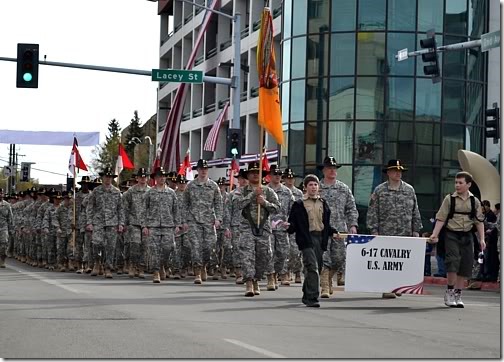 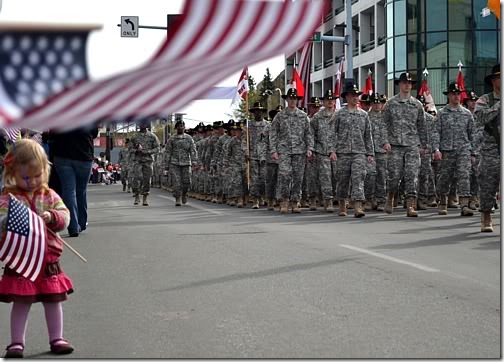 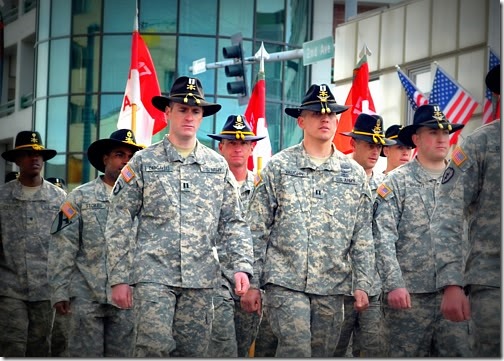 Love that man in the Stetson! 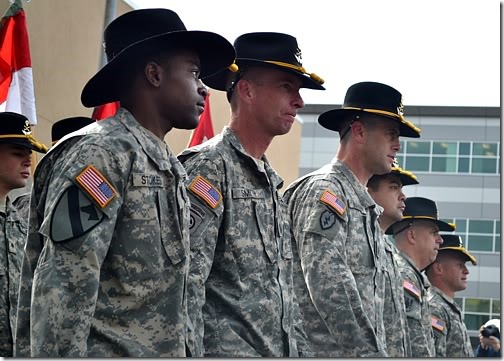 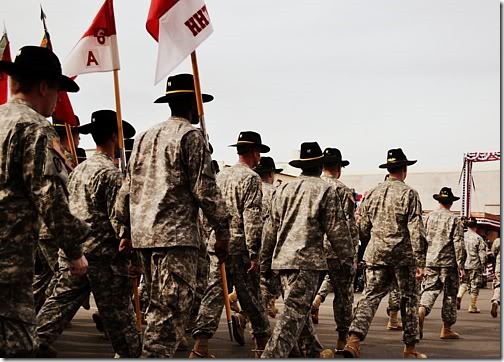 There were over 6,000 soldiers and airmen marching in this parade. Everything that went into it was donated freely by the community. The community planned the event, and businesses came forward to help without being asked. Even the local Walmart donated 10,000 hotdogs!

This was an amazing and heart-warming event. I was very grateful to our community for doing such a thing – and all the more blessed to call Fairbanks, “Home” for the time that they Army has us here. 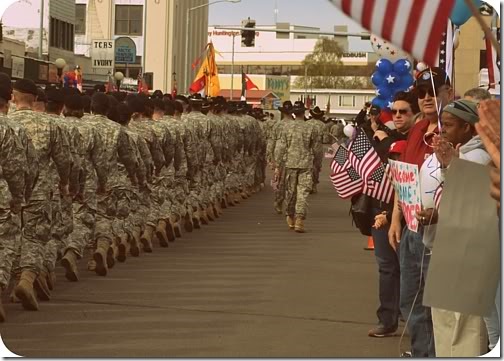