There comes a time when a mama hen and the chicks need to part ways. How do you know when?

Something that is often asked, is…

“When do you know it is time to take a mother hen and separate her from the chicks?”

In this episode I discuss that very topic.

To know when that time has come, look for one of two things.

Mama is Stressed Out!

When the mama hen is agitated and does not want to be around the chicks, you need to let her go. It doesn’t really matter if the chicks just hatched, or if they are fully feathered. Some mamas call it quits just after the eggs have hatched. If that is the case, you’ll simple have to move the baby chicks to a brooder. If you leave the mama in with the chicks, and she doesn’t want to be there, she may turn on the chicks and start killing them. 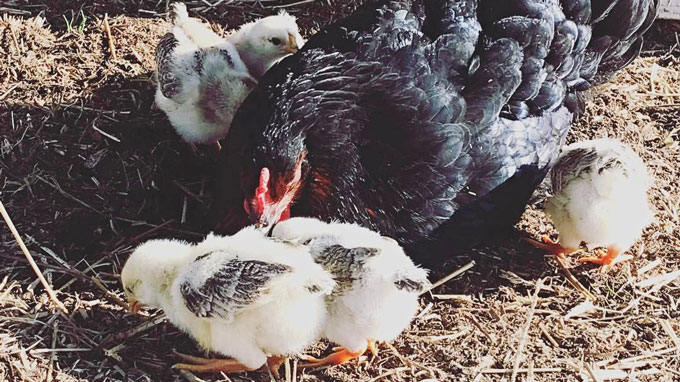 When a hen goes broody, she stops laying eggs. But after the chicks have hatched out there will come a point where she begins laying eggs again. If there was any doubt before, then that is when you know for certain that time time has come. Just before she lays that egg, you may notice that she attempts to leave when you go in to feed and water. That is what has happened for me. But if there is any doubt, when you see that first egg, you’ll know.

After you let her out, she may still hang around and protect the chicks from the outside of the pen (cage/tractor or whatever you have the chicks inside) and that’s perfectly normal. She may have not yet given up all her motherly instincts, but she needed her space from the young’uns. The mama hen you see there would chase all of the other chickens away from the chicken tractor, even though she had no interest in being in there any longer. The first night, she had no interest in going back into the chicken tractor with the chicks. Instead she hopped right up into the coop with the rest of the flock. After a couple days, she no longer hung around the chicken tractor with the chicks, and instead wandered off and did her own thing.

5 thoughts on “When Do You Separate a Mama Hen from her Chicks?”