Home » The Front Porch » The Chickens

The day we closed on our house, I went straight home – after getting all of the utilities lined up – and went straight to the computer. Why? To order my chicky babies of course! 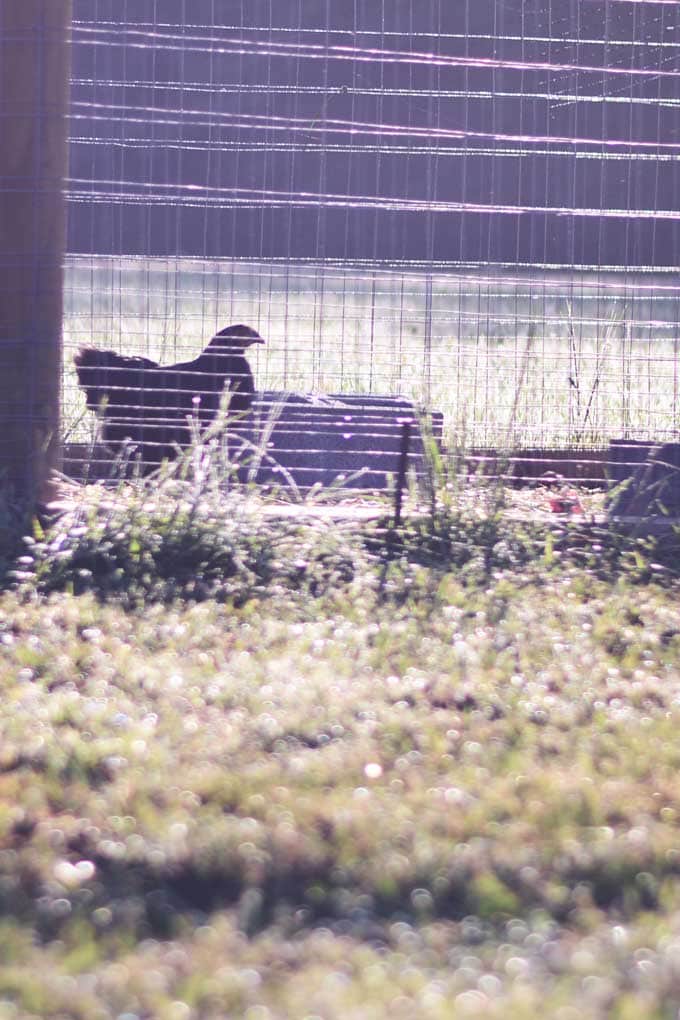 These girls are “Black Star” chickens. They are one of the best laying breeds from the hatchery that I ordered them from. 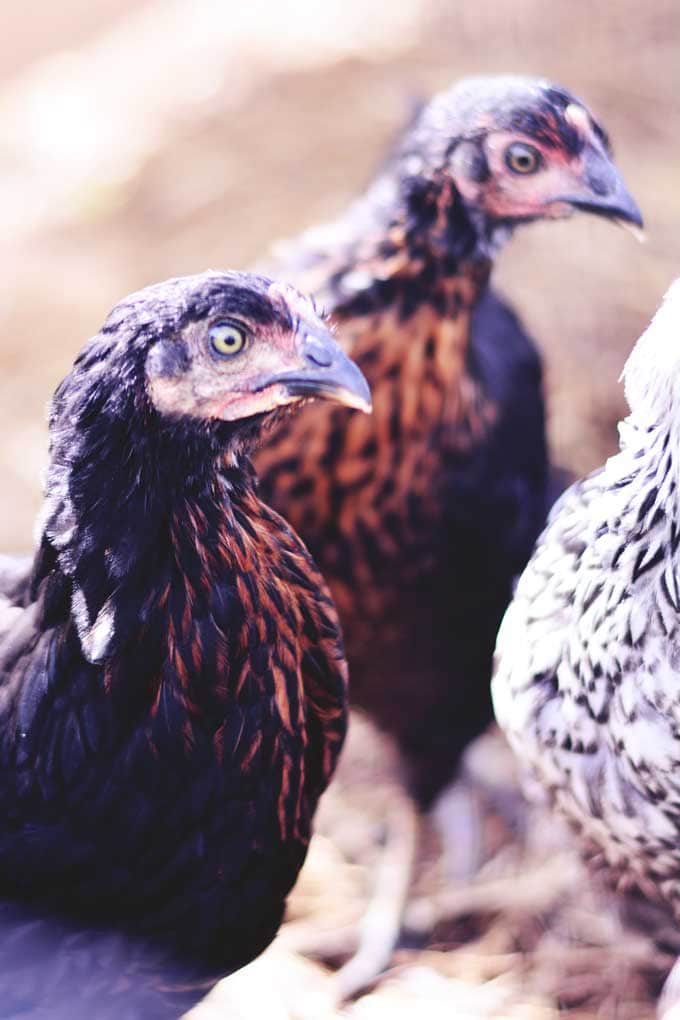 This one is a Rhode Island Red. This is one of the breeds that I had back when we lived in North Carolina…when I first started blogging. 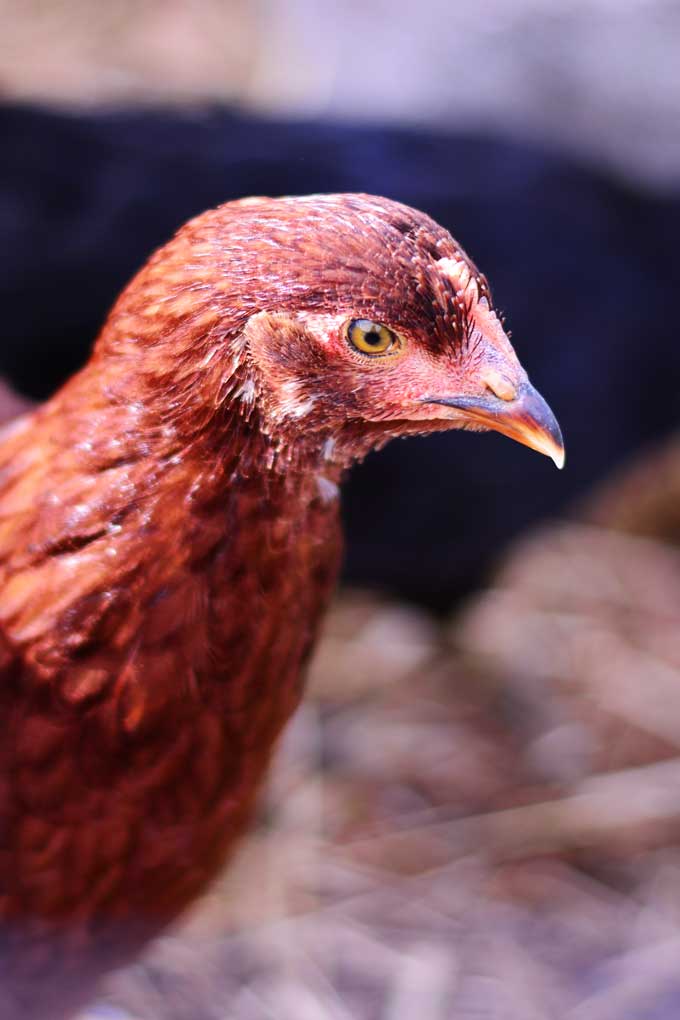 This one is also a Rhode Island Red, but you will notice that there is something wrong with her. She has a condition called “Scissor Beak.” I named her “Fiskars.” 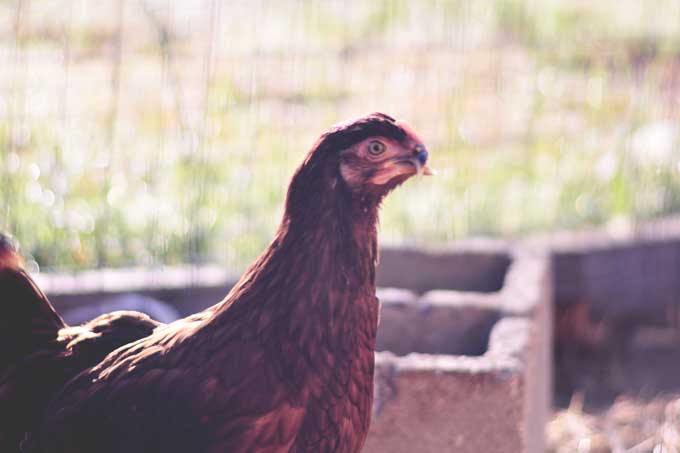 Scissor beak is a genetic defect, and many times these chickens will not be able to eat or drink properly. Because of that, they can die a miserable death and are often culled from the flock. So far, Fiskars seems to be able to eat and drink just as well as the others, and is just as big as the other RIRs. As long as she can eat and drink, I’m going to let her live her happy life. But because her beak is disfigured, she may not be able to trim her beak like the other chickens. Beaks grow like fingernails – continually, and chickens will rub their beaks on hard surfaces (like the cinder blocks I have in there for them) to keep them straight, sharp and trimmed. She very likely won’t be able to do that, and I may have to trim her beak for her with dog nail clippers. So she is sort of in a “wait and see” stage with that. 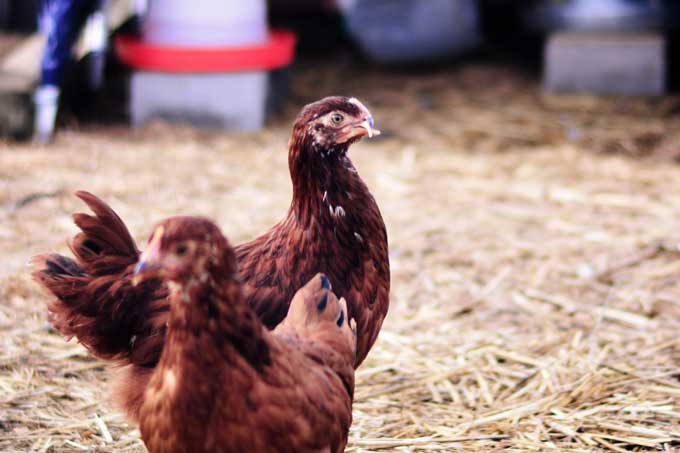 This is one of my Silver Laced Wyandottes. They are great egg layers too, and such pretty birds. I had one of these years ago by accident. We thought we had all Plymouth Barred Rocks, but one of the chicks looked a little different as she grew. And as an adult, she was a gorgeous bird. Since then, I knew that some day when I had chickens again, I would have more like her. 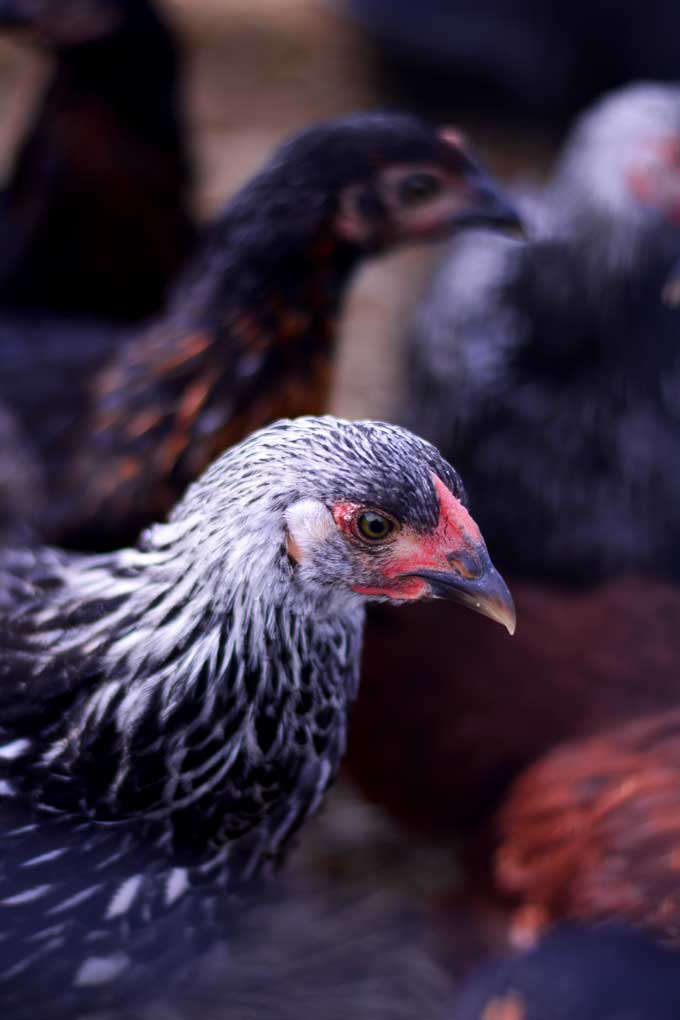 The girls are 2 months old now. They still live most of the time inside their coop and run, but in the evenings, I have started letting them out to roam the pasture in the last few hours before sunset. 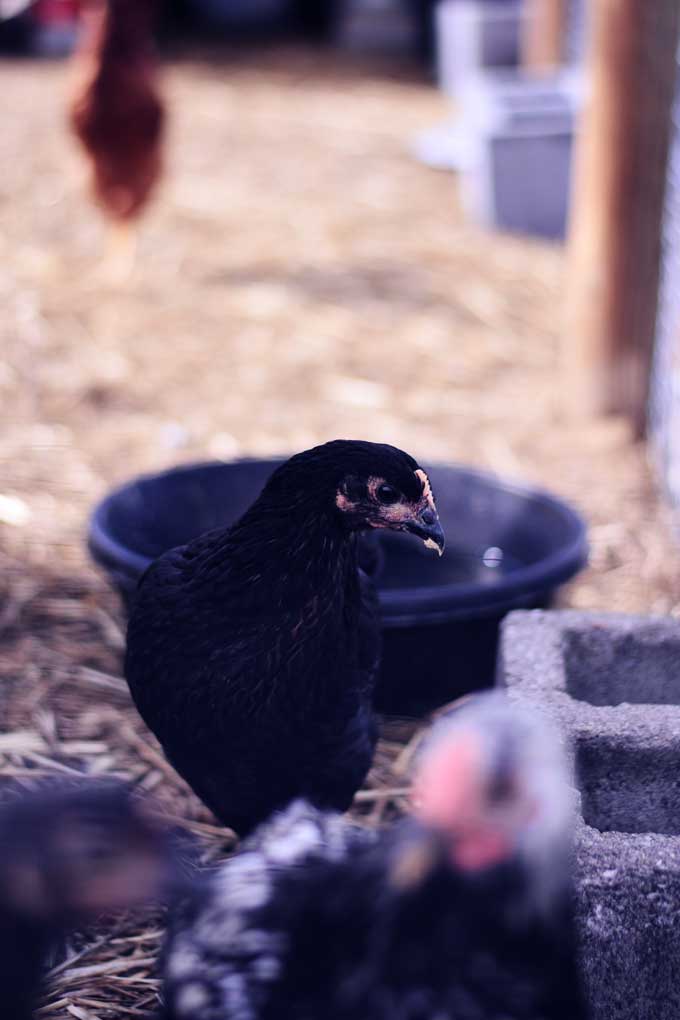 The chickens will return to their coop to roost at night, so letting them out late in the day keeps them from roaming too far. Eventually they will be able to be turned loose all day, but we aren’t there yet. They are still young, and still learning. 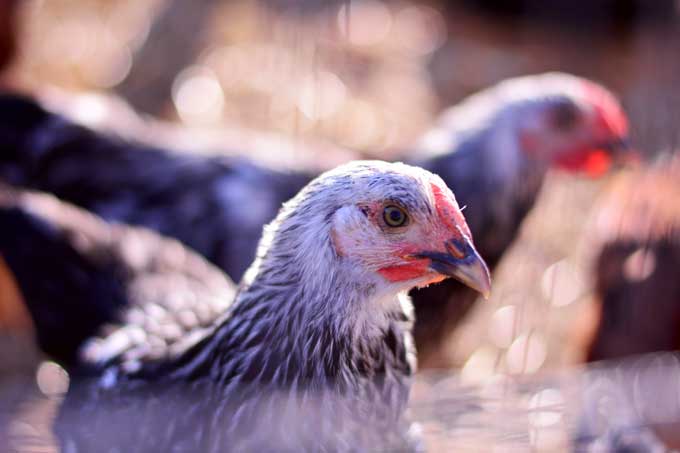 In about 2 more months, they should start laying eggs. I am anxiously awaiting the day I get that very first prized egg. 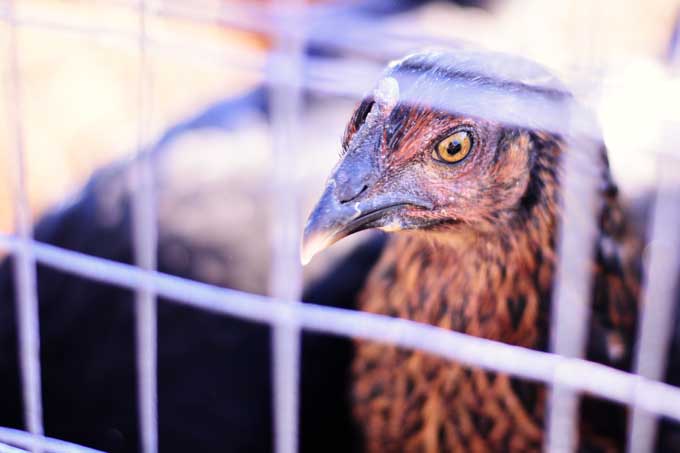 Now in general, I usually describe my chickens as “the girls,” but the hatchery that I ordered them from gives you the option of receiving a free “surprise” chick. You don’t know if it will be male or female, and you don’t know what breed it will be. And they don’t tell you, you have to figure it out.

So we have one, lone stud muffin. Hawk-Eye.

Hawk-Eye is a Golden Laced Wyandotte. He’s still getting his colors, but when he is fully matured, he will be a gorgeous specimen of chicken flesh. Assuming of course, that he is a good boy. To be honest, we didn’t really want a rooster yet, as we were only raising chickens for the eggs. Roosters can be aggressive, and we had one years ago that had to meet an early demise because he didn’t know his place. Hopefully Hawk-Eye doesn’t try to attack anyone and everyone like our last one did. Having a rooster is great, because they are natural protectors of the flock. He is the first one out the door in the morning, and the first one to come running to see what is going on when a person or animal comes around. He’s been like that since he was little cotton fluff ball. That’s how he got his name to begin with. Plus he looked like a miniature hawk as a brown & black chick. 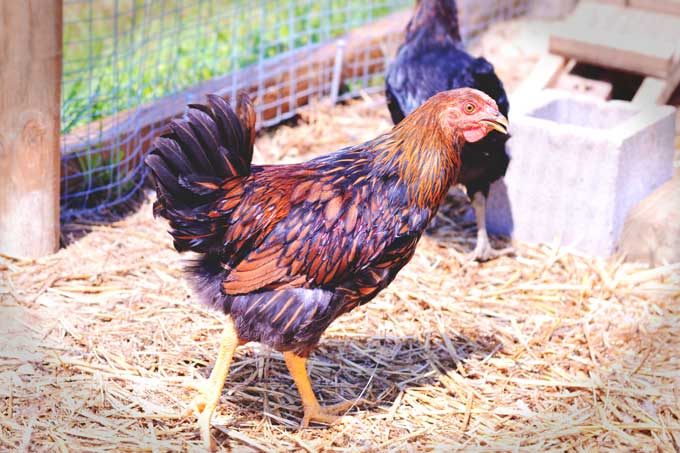 That is our flock. It brings me great joy to watch them run around and eat bugs, scratching and dusting themselves, and just being all around happy chickens.

It’s funny how things come full circle. When I was very little, I remember my great aunt Sarah taking me out to the chicken house at my Great Grandma Miller’s farm and letting me see the baby chicks. I remember being afraid to reach under the chickens to collect eggs, because I was certain that they would peck me. In my family tree, there was a long line of farmers, and now I’ve kind of come back around to that as a hobby farmer & country chick.

6 thoughts on “The Chickens”