The morning of our second day in Canada, we headed towards Prince George.

Along the way, we saw a really cool place to stop. 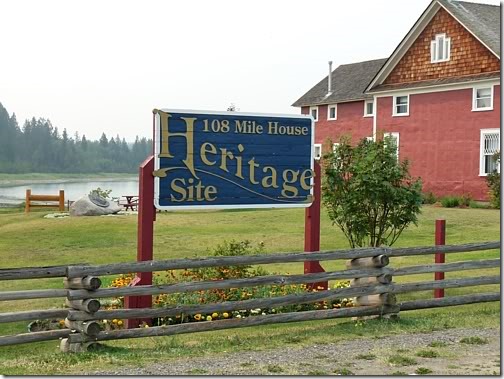 When we pulled up here, there was a large deer trotting across the grass. A few miles before arriving here, we had just seen a coyote as well. We were loving it!. 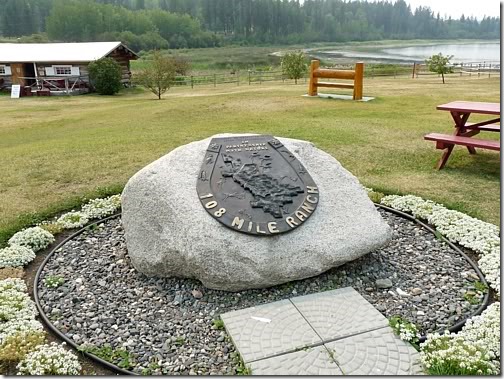 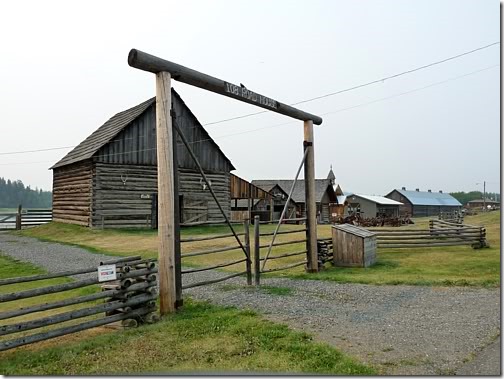 Prince George was a very pretty and quaint little town. 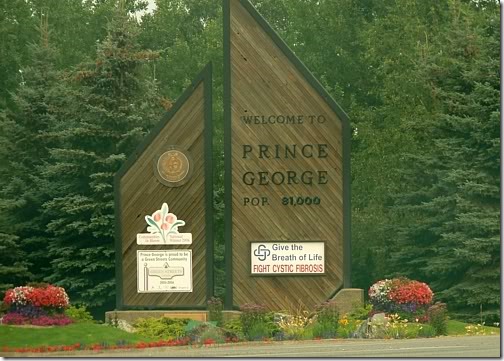 77 miles from Prince George, we saw our first bear. We were too excited to grab the camera though. It was a young one, maybe one and a half or two years old. He just ran right across the road ahead of us.

On the next day, we headed towards Dawson Creek. Along the way we saw a stop-off for a rest area and park called Bijoux Falls Provincial Park. We were so glad we stopped. 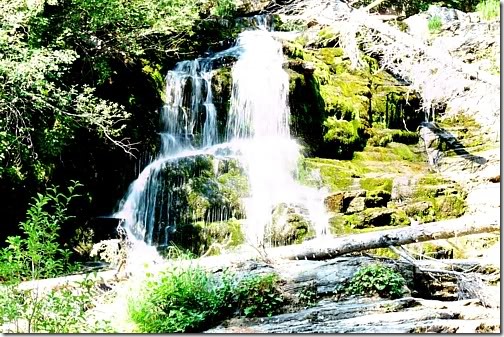 A great opportunity for a family picture. 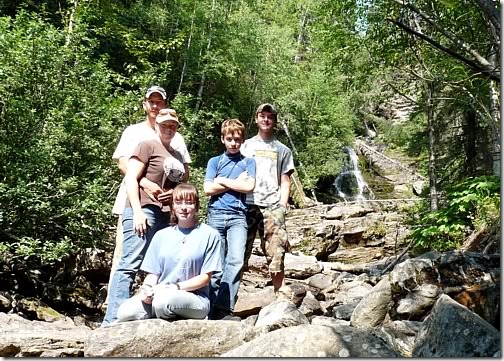 We also saw many “Steller’s Jays” there. 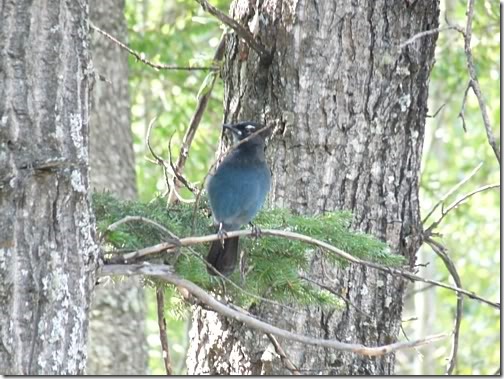 The views along the drive. 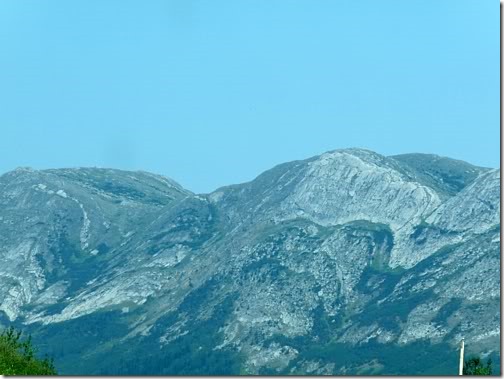 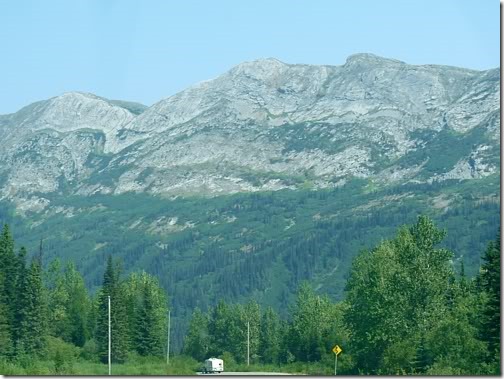 At a stop along the highway. The “Pine River.” 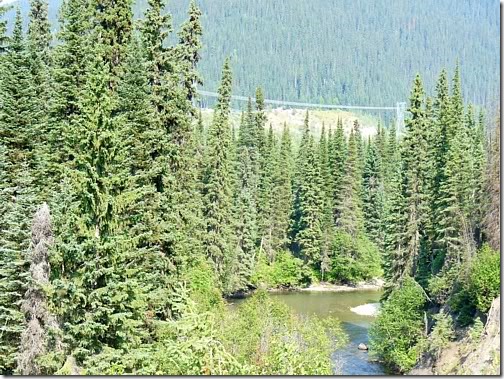 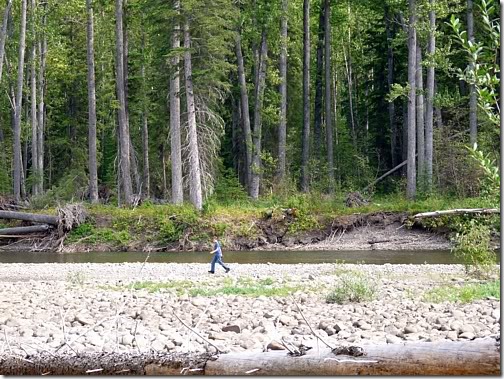 Another stop along the way, was the town of Chetwynd. Each summer they have the International Chainsaw Sculpting Contest. All over town, there are beautiful wood sculptures. 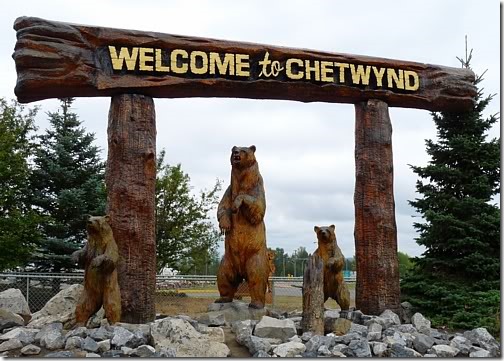 After stocking up on groceries in the town of Dawson Creek (The official start of the Alaskan Highway) we stayed at another nice park in the town of Taylor, British Columbia. Here is the sign that greeted us as we drove in. 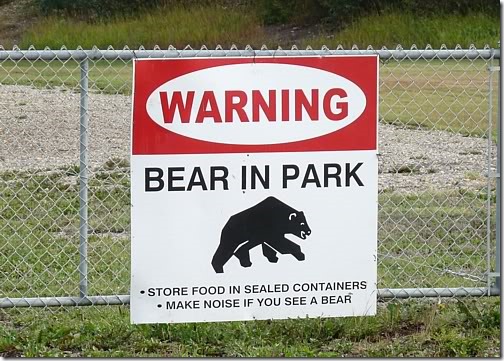 And they weren’t kidding….just a little ways from our campsite. 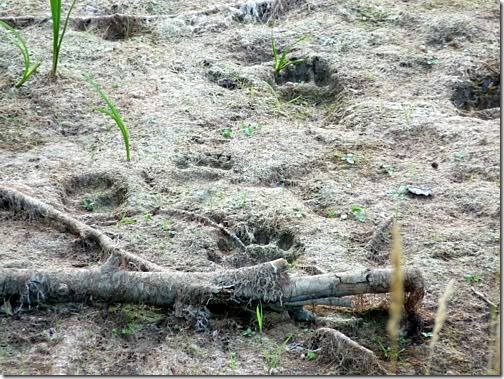 Peace Island Park was a very quiet, and nice park. The water was out on the island though, so we had to go fetch it. 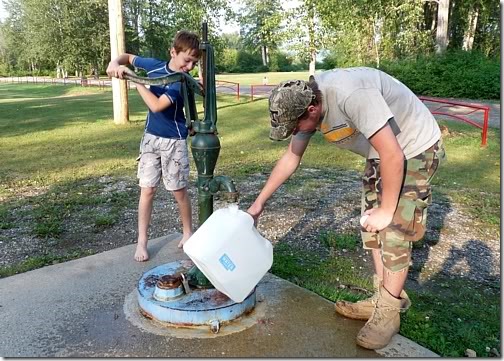 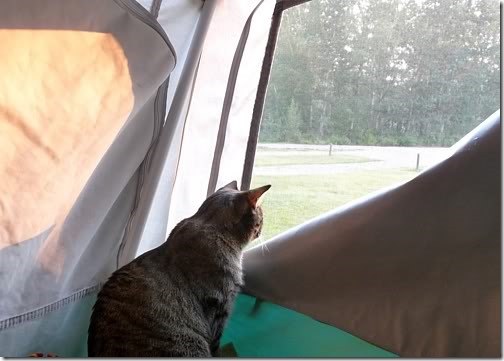