PCS: Still on the Road in Canada – Wildlife!

Over the next two days driving in Canada, we saw LOTS of wildlife! It was very exciting!

After staying in Taylor, we next stayed in Fort Nelson for a night. As was becoming so common it was a tragedy….it again…RAINED.

But we still got some wonderful views. 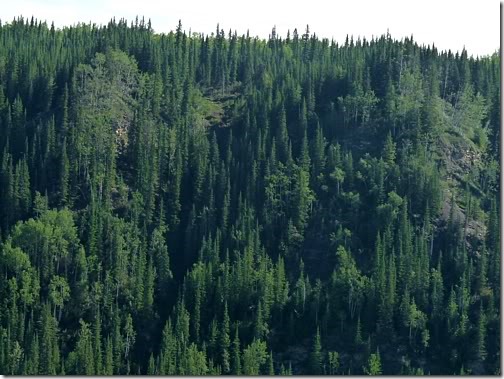 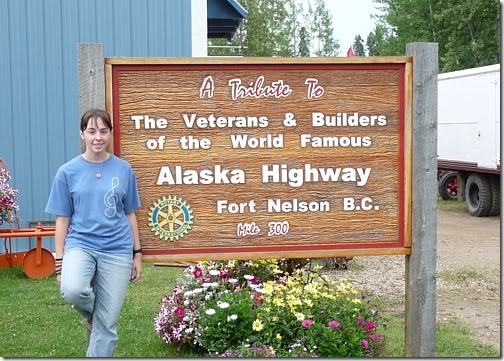 After Fort Nelson, we again began working our way into the Canadian Rockies, heading towards a place called Muncho Lake. The sights were un-matchable. This in particular was one of my favorite stops. I think the view looked almost unreal it was so beautiful. 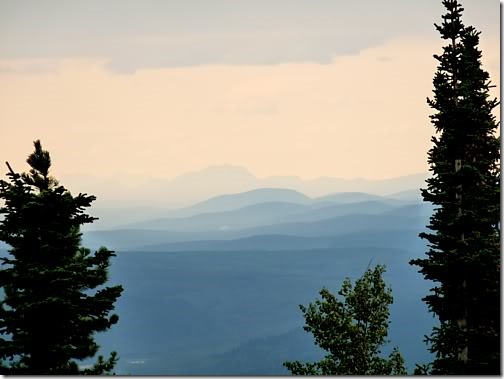 Just down the highway from there, was Indian Head Mountain. 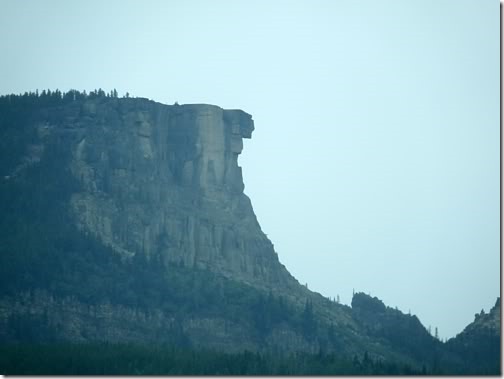 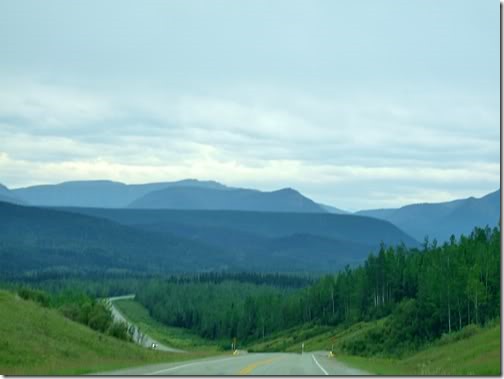 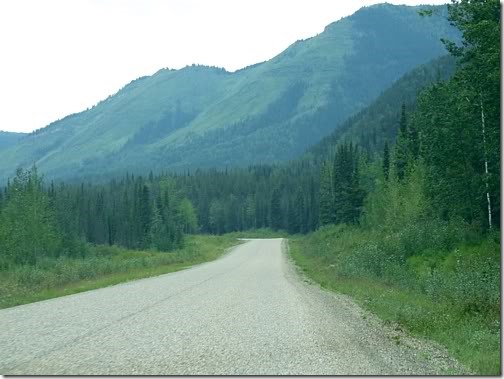 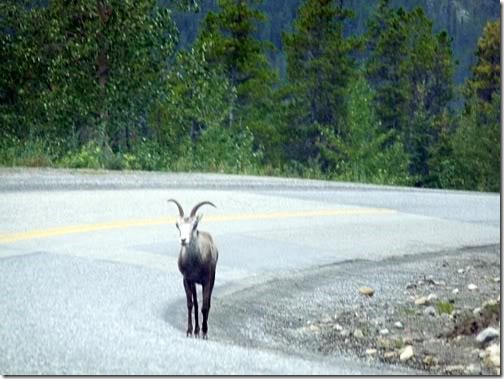 About an hour later we saw this. A “Cow and Calf” Moose 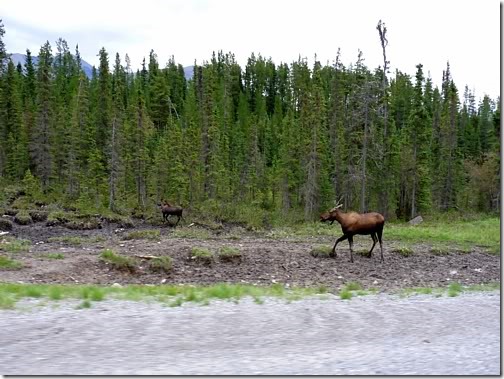 And a few minutes after that…a young caribou. 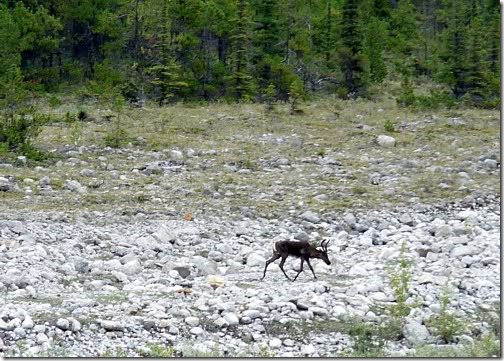