How to Tame a Rooster

Tips and tricks for dealing with an aggressive rooster on your homestead or small farm.

There you are, you have this little collection of baby chicks. They are so cute and lovable! You watch as they take their first adventures out into the chicken yard. You laugh as they chase after grasshoppers. You squeal as you discover your very first egg in a nest. The joy of having chickens is simply not to be compared. Your dreams have come true.

One day you are out filling the water pan with fresh clean water, when out of nowhere your sweet, gorgeous rooster attacks you!

Why Do Roosters Attack?

Before we get into how to prevent attacks, let’s talk about why a rooster may come after you.

First of all, you may be under the impression that your gorgeous flock of hens belongs to you. You are sadly mistaken. When you have a rooster in the flock, those hens are his. Yes, his. 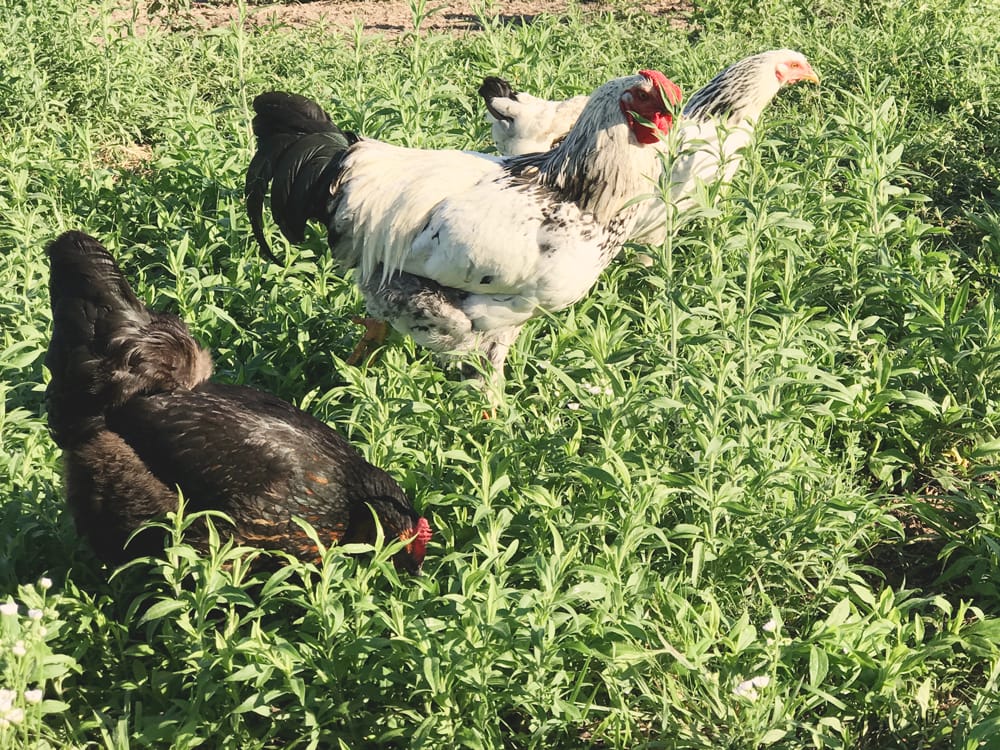 Many people keep roosters not only for the propagation of the flock – who doesn’t love to see a mama hen with her chicks? But they also keep roosters as a flock caretaker. When I go out to the chicken yard and give my chickens kitchen scraps and treats, my rooster will make a bunch of noise to get the chickens’ attention, then stand back and watch them eat. He will make sure the ladies get the goodies and he’ll stand guard over them. Very rarely do I see my rooster indulging in the treats himself.

A rooster’s job is often to be the guardian. A good rooster will keep an eye out for danger and will warn the ladies when something is amiss. If a predator comes he will cry out an alarm and go after that danger himself. Even if it means sacrificing himself to save his ladies.

In both situations, with the treats and the terror…he is looking out for the welfare of the flock.

So why does he attack YOU? At some point the rooster simply makes the decision that you are not part of the flock. You are an outsider, an invader and you need to go away. He does not see you as the provider of the food. The giver of the treats. He doesn’t care how you handled him and cuddled him as a young chick, or how it breaks your heart.

You are not welcome, he is the boss and he is going to let you know.

How to Tame Him

First of all, like I said above, roosters see themselves as the protector and the boss. Being a chicken owner, you are very aware that the “pecking order” is a very real thing. Chickens will peck and attack one another to establish the order of the hierarchy in the poultry yard. When you introduce new chickens, that pecking order has to be reestablished. When something changes in the population of the flock, again it has to be established. It is a constant thing.

Roosters see themselves as the top of that order, but you have to establish that in fact it is YOU that is the top. Not him.

Be the Bigger Boss

While this pecking order gets sorted out, be sure to protect yourself. Wear tall boots to protect your calves and shins from being pecked or flogged. Roosters love to come at you from behind, so be watchful and alert.

When your rooster comes at you, you turn and go right at him. He is going to puff himself up and look big and bad…you lift up your arms and make yourself bigger. Go right towards him, charge or even run at him. You have to be fierce and aggressive.

Don’t back down, or give him so much as an inch.

Don’t turn away from him.

Don’t take your eyes off of him. You have to stare him down and not look away.

Your rooster must to be the one to back down and turn away, if not, you are the one to lose the battle. He must surrender to you.

I don’t care if it takes an hour. Roosters do not understand reason. Remember, you are establishing the pecking order. If you turn away, back down, waver or give him an inch, you have just let him win. You have just admitted to him that he is the boss of you.

I can not overstate this: You are engaged in a battle of wills and you can not blink.

You’ll know if he has surrendered by the way he acts. If he turns away or starts pecking on the ground, that’s like him saying, “Okay, we’re cool. I’m just minding my own business.”

This will very likely not be a one time occurrence, and may need to be repeated. How often will depend upon your particular rooster. But remember, no matter how long it takes… Don’t. Back. Down. 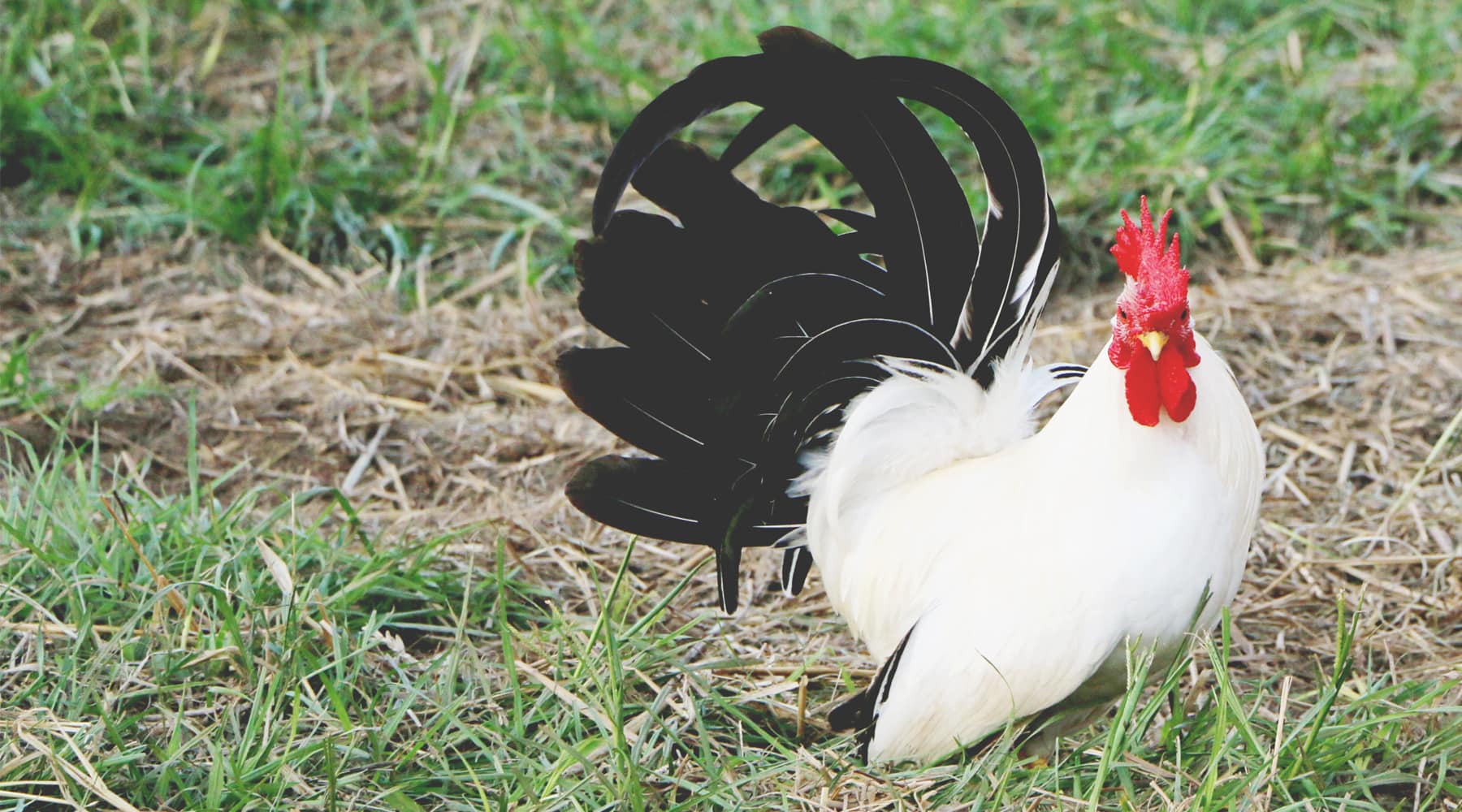 You May Need to Be the Aggressor

If your rooster has learned how to use his spurs, you may need to take this battle of wills a step further. A rooster attacking with spurs is called flogging. Those spurs can get quite long and incredibly sharp. Think of the claw of a Velociraptor. Those spurs can do serious damage and end up with you – or worse, your kids – taking a trip to the ER for stitches.

Male deer, bucks, will physically battle for dominance. Moose, elk, and countless other animals in the kingdom do as well. It is part of nature. You aren’t being “mean,” you are establishing dominance, and that is a physical thing.

If your rooster is capable of physical attacks (and possibly dangerous to you, your family or visitors) then in this situation you may have to strike back. As you move toward him, shove him with your boot. Carry a broom stick, a bucket or another object to strike back with. Remember what I said above about not backing down. You have to continue the battle of wills until, and only until he backs down. You have to be the one to take ground, and he has to be the one to give it.

What if it Doesn’t Work?

When it comes to establishing dominance, it isn’t just you that may need to take these steps. It may be every person in your family. But what if it doesn’t work? Or what if you have small children that could be in danger? Some things aren’t worth the risk.

When all else fails, I have a great Chicken & Dumplings recipe that is a sure fix for a hateful roo. 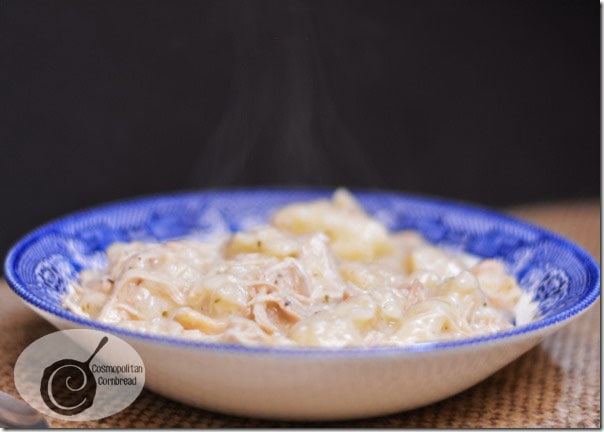