So, last week I mentioned an honor that I was excited and yet incredibly humbled by. I’ll share with you the story now. You see, last week was the 45th Annual Military Appreciation Banquet that is put on here in Fairbanks, Alaska by the Greater Fairbanks Chamber of Commerce. There are many companies that sponsor and contribute to it as well, such as Boeing, Usibelli Coal Mine, and more.

Each year members of the military community are honored for going above and beyond.

For instance, Airman First Class Brian Jones was on a trip and came across someone who had been injured in an ATV accident. His training kicked in and he gave emergency aid, applied a tourniquet with his belt, fashioned a gurney, and hauled the injured person closer to civilization and medical care.

Or Staff Sergeant Steven Hester, Jr. who during one of his deployments who repeatedly put himself in harms way under enemy fire to protect the lives of civilians, and those of his wounded First Sergeant and fatally wounded Commander.

There was also a special award known as the Messer Award for a civilian who received special recognition for outstanding service with military and community relations.

And finally, each local military group recognized a person in their community as their installation civilian of the year. And this year, well, someone put my name in for it…and I was selected.

I showed up early for the media appointment, where lo and behold, I met a very special lady that I had chatted with on twitter for probably the past two years – and had never met. Meet “@ChillyGal” – otherwise known as Jeri Wigdahl. 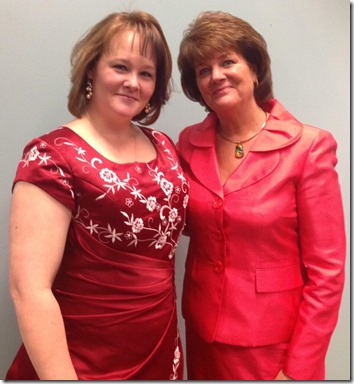 Our photos were taken, by a photographer AND my hubby. 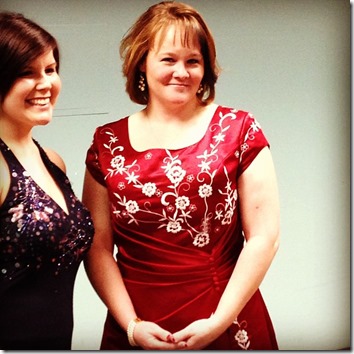 I gave an impromptu interview. 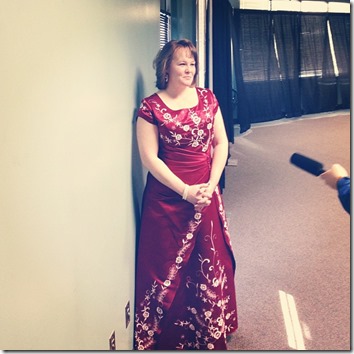 I have to say though, one of the questions totally threw me for a loop. I never did see the interview on tv, so I don’t know what questions they aired or didn’t.

“What could the people of Fairbanks do to show their support for the military community.”

What?! That one totally threw me, and I know I must have blubbered some sort of unintelligible answer. But I can’t imagine a community being more supportive and welcoming. I mean how many cities have you heard of throwing parades to honor the military? Last May Fairbanks threw a S.T.O.M.P. Parade. You can see that –> HERE. It was like something straight out of the movies.

After that we headed into the hall for the banquet. On the way in was an impressive display of military memorabilia. 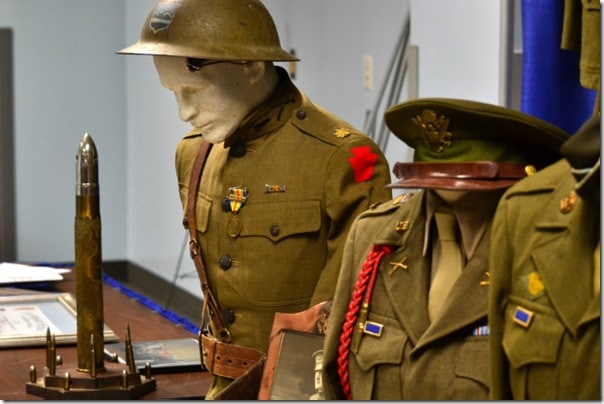 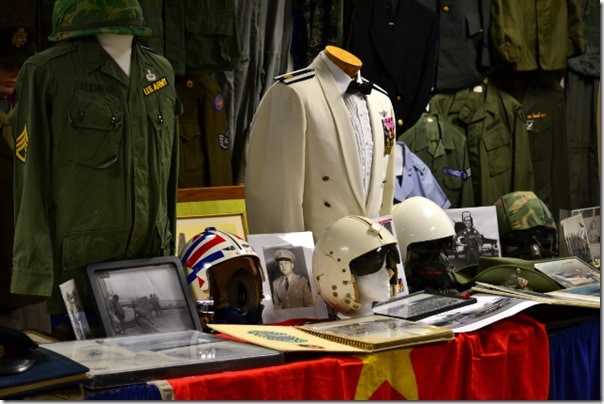 We then had a cocktail hour, followed by the posting of the colors. 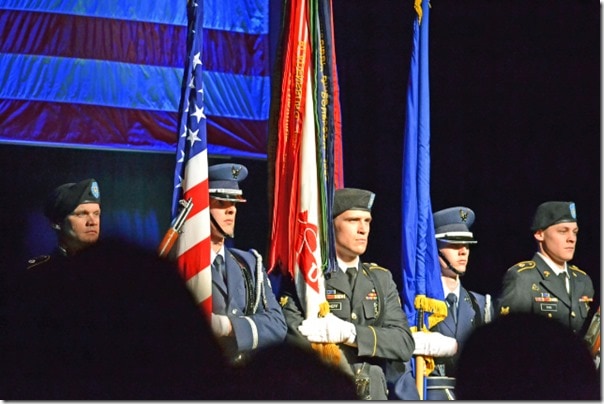 We met a wonderful couple who sponsored my husband and I as their guests for the evening. I had several people come shake my hand – some I knew, and others I didn’t. The Lieutenant Governor of Alaska, Mead Treadwell was one of them.

After a wonderful dinner (that steak melted in my mouth like butter!) they presented the honors.

And let me just say, that after listening to the stories and biographies of all the soldiers and airmen, such as the two I mentioned above, I really felt like I had no business walking across that same stage. Really. It was incredibly, incredibly humbling. I mean, for crying out loud, I almost started crying when I was asked about it during the TV interview. Oh my goodness, I hope they didn’t show that part!

In any case, I was presented an award by Senator Lisa Murkowski and Colonel Ronald M. Johnson, the Garrison Commander of Fort Wainwright.

Then there were several speeches given and more socializing with new friends. 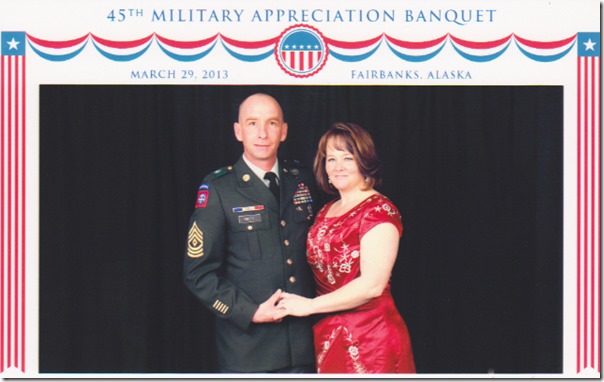 What a lovely evening. And this is something I will never forget. Thank you Fort Wainwright, and Thank you Fairbanks. 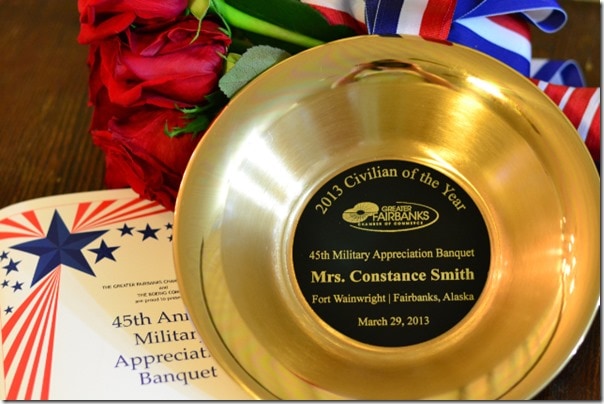