The first night that we were down in Valdez, after I saw that amazing mama bear and her 4 cubs…

and while the menfolk were doing their first stint of salmon fishing, I kept seeing these strange shapes out in the water. I could tell they were some kind of animal because they were moving, but I couldn’t quite tell what exactly they were. 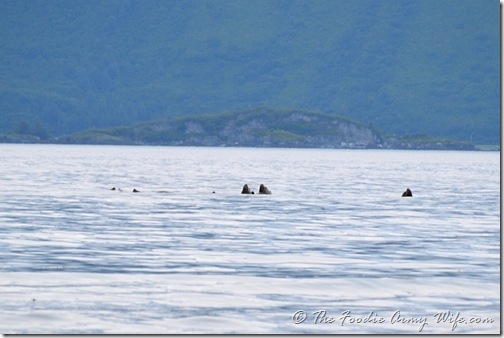 Well the next night, I definitely got my answer! 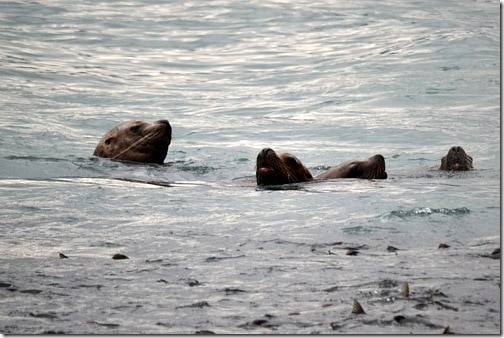 Sea lions!!! I heard them before I saw them…the roaring and carrying on. At first I wondered if it was the mama grizzly again, but when I walked around the rocky hill, I saw these. The “Big Daddy” and his crew. There’s no doubt why they call them sea lions, because they actually sound like a lion!

The sea lions would dive down, snatch a salmon, and come back up, ripping off the heads and slinging the fish bodies. The gulls would swoop down and eat the pieces of fish that the sea lions tossed. 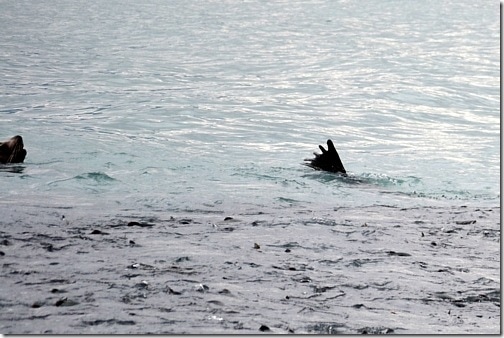 The fish were cornered against the shore at the mouth of the stream and gate. If you look carefully, you can see the wall of fish trying to get away from the sea lions. 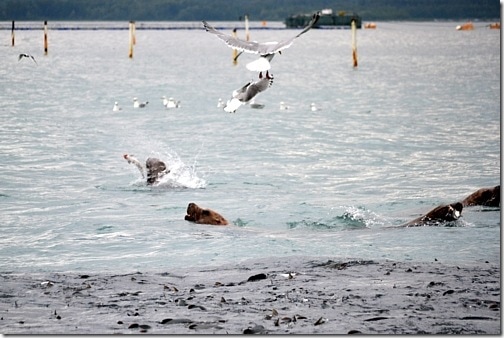 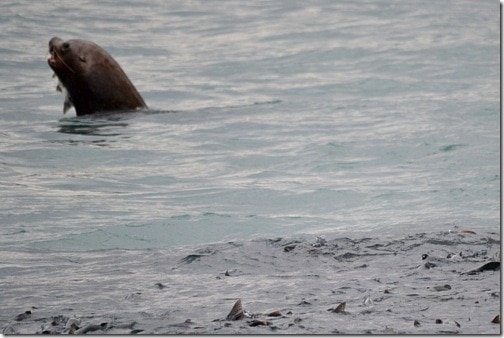 When they had had their fill, the “big daddy” would swim out to a certain point, and sit there and roar. Then one by one, all the other sea lions would go out to meet him. 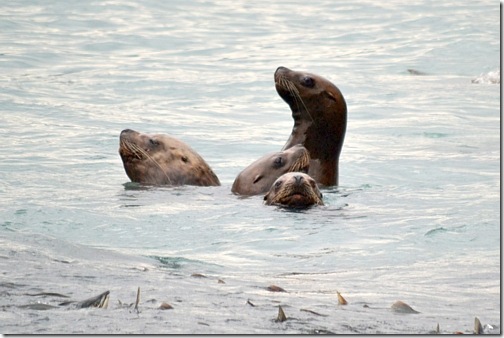 And then the little seals would come in and have their go at the salmon. 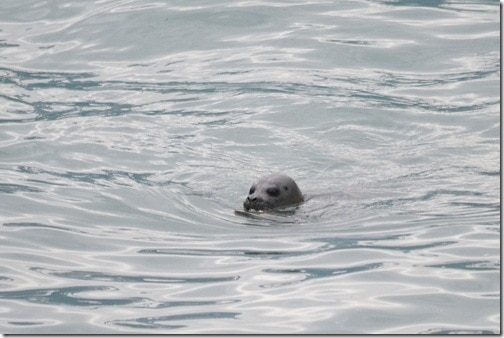