Something I forgot to mention in my last post, was that shortly before seeing the Stone Sheep, we also saw a group of about 5 elk!

We learned at that time, that if you see someone slowing down…get your camera ready….especially if they are taking a picture of “something.”
So after Muncho Lake, we headed towards Watson Lake, Yukon Territory. 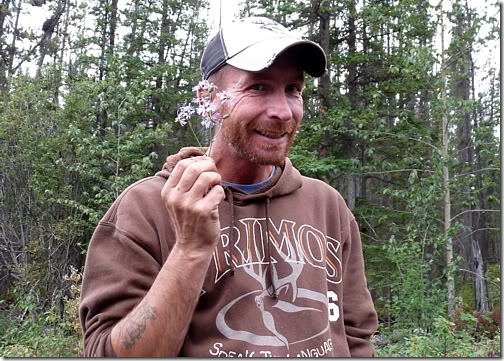 On this drive, we saw more wildlife. (In the rain again….of course.)

The first exciting thing we saw, was another young bear. This was was running across a hill instead of the highway.

We kind of wondered a moment later, if this wasn’t why he was running.

Something REALLY BIG was coming up the road! 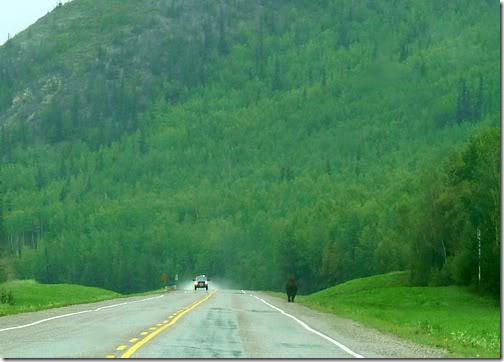 And it wasn’t alone. There were many of those REALLY BIG THINGS! 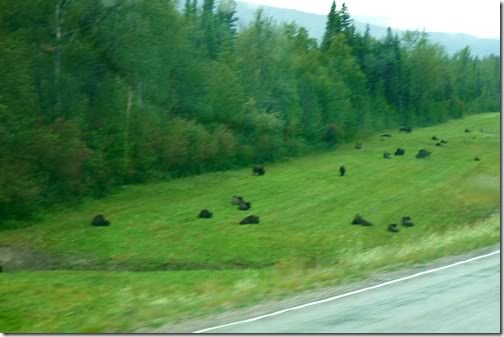 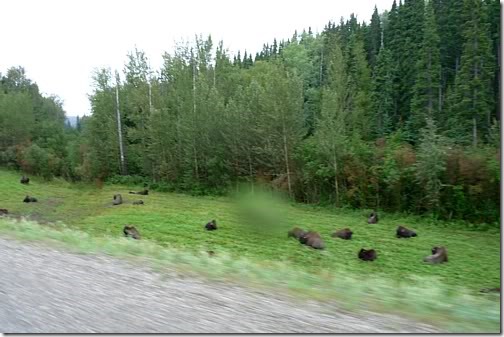 What were they? Buffalo!!!! 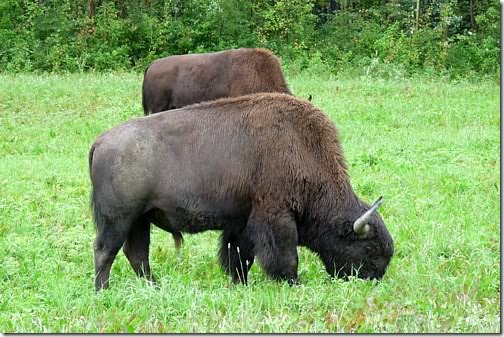 Officially arriving in the Yukon Territory. 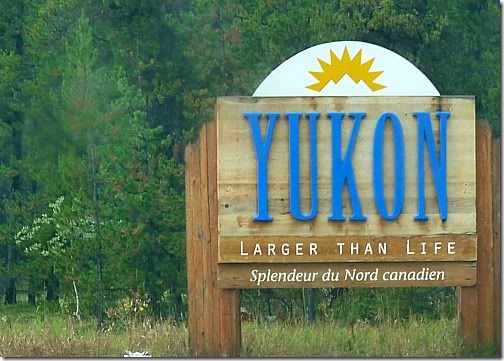 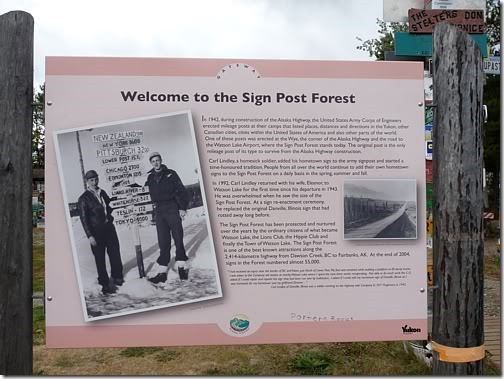 The Signpost Forest! Back in the 70’s Jeff’s family hung a sign here. We spent a while looking for it, but any wood sign that was that old, was long gone.

The forest was started in 1942 by a homesick U.S. Army G.I., Carl K. Lindley of Danville, Il., Company D, 341st Engineers. While working on the Alaska Highway, he erected a sign here pointing the way and stating the mileage to his hometown. Others followed his lead and are still doing so to this day. On July 20, 1990, Olen and Anita Walker of Bryan, Ohio placed the 10,000th sign. Carl K. Lindley and his wife visited the site in 1992, 50 years after his first post was erected.

Today, the Town of Watson Lake maintains the site, erecting more posts as they are needed through the Adopt-A-Post Program. Located near the forest is the Alaska Highway Interpretive Centre. This is often the first Yukon stop for northbound travellers. Besides providing information on the territory, the centre interprets the remarkable history of the highway through photo murals, realistic displays and dioramas, a three projector audio-visual presentation and a unique winter night scene illuminated by northern lights.

When we were there the other day, the number of signs from all over the world…stands at over 69,000! 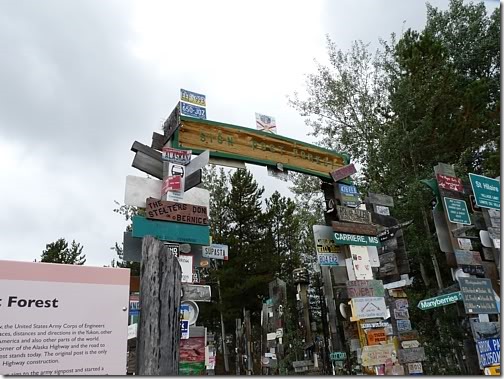 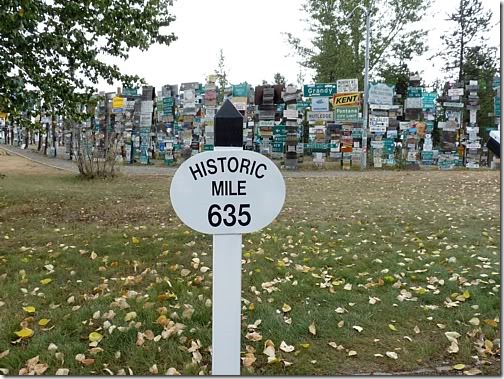 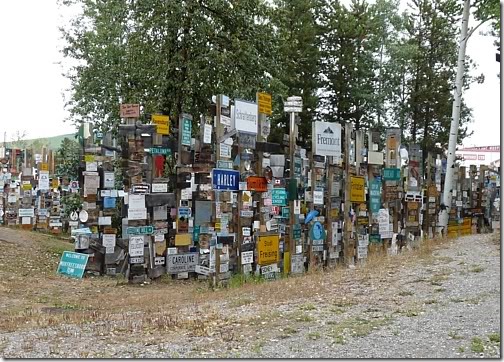 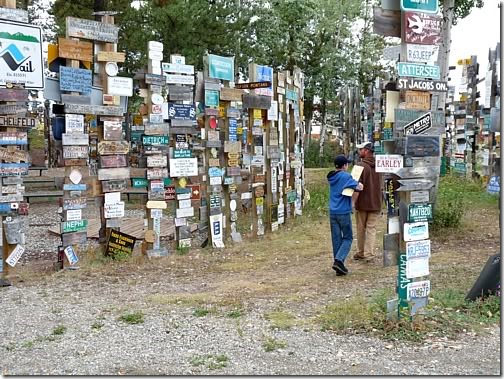 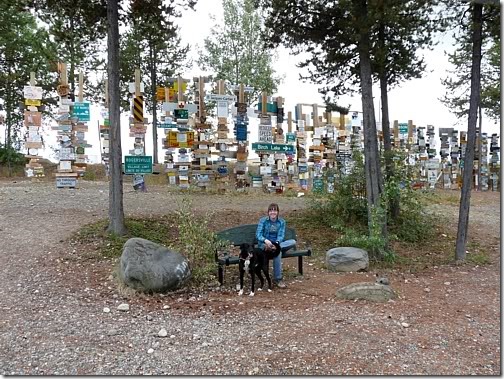 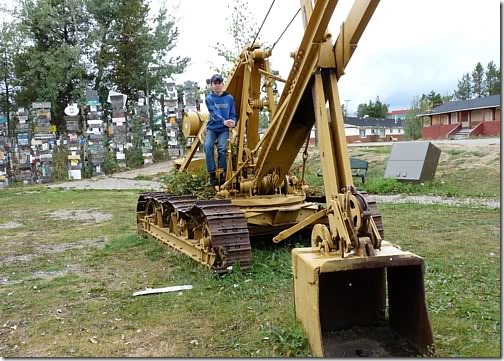 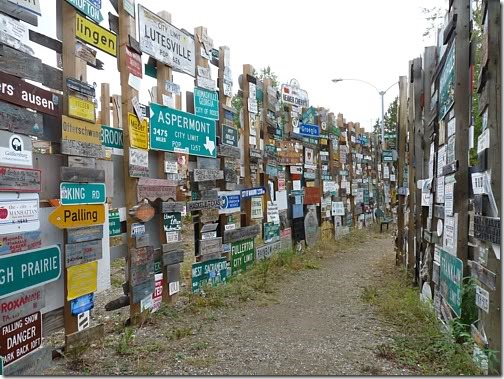 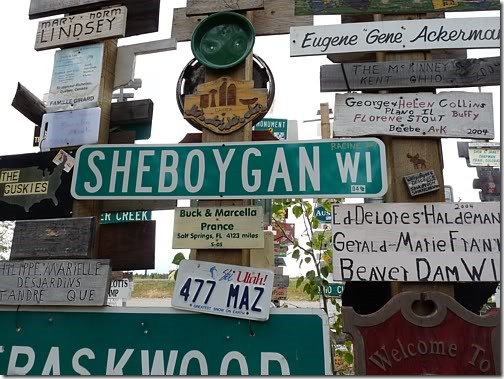 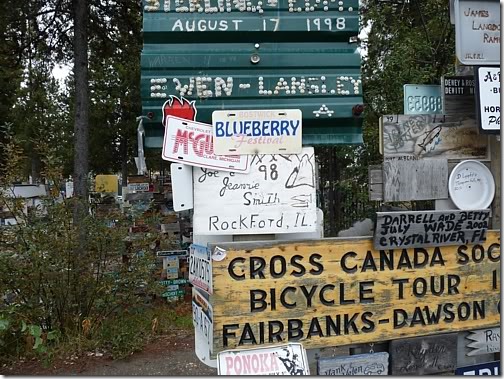 There is even one that is a geocache. 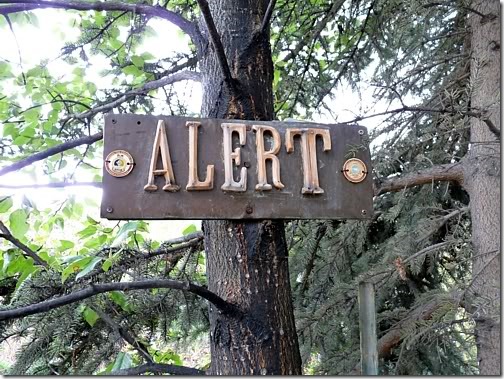 And one from the place Jack was born. 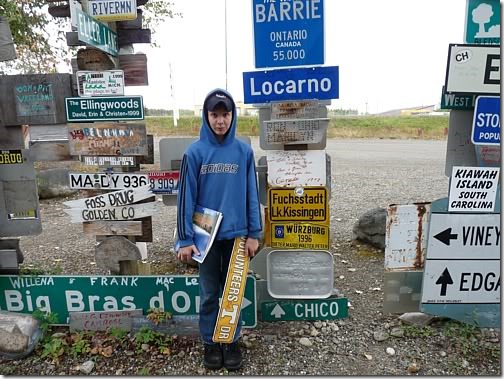 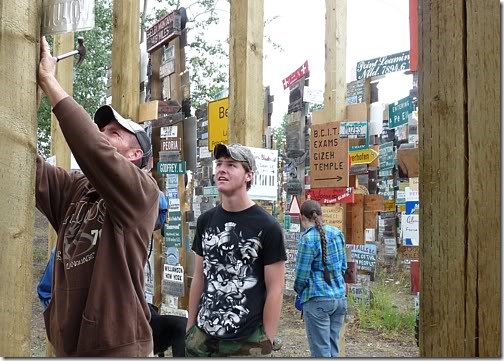 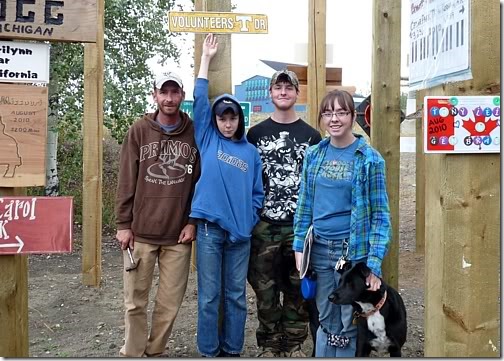 And then Jeff hung a sticker in honor of his troop back at Bragg. 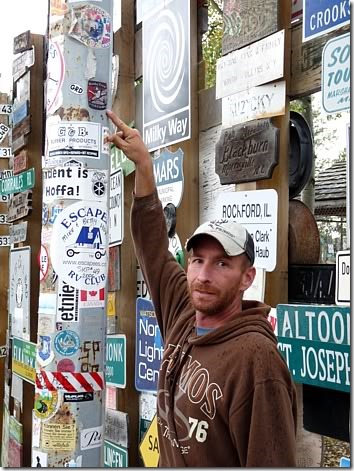