When December 31st rolls around every year, it is a time of reflecting on the things that have taken place in the past year.

How much you have grown, the life changes that have occurred, the milestones reached, the laughter and the tears. We also find ourselves looking towards the new year. What will it have in store? Will it be a good year? A Challenging year?

I’ve never been much of a “New Year’s Resolution” kind of person. I do reflect on the year, and set goals for myself. Some I meet, some I continue to work on. A year ago, I launched this new website. I had a goal to make it even better than my old “MrsMamaHen” site, and I’m happy to say that I think I have succeeded. I was nervous about going self-hosted, and thankfully had no issues that I couldn’t take care of myself. I’m pleased with how far it has come, and how far I have come as a self-taught blogger.

Looking ahead into 2014, I’ll be attending my first blog conference right away in January: the Food Blog South conference in Birmingham. I’m very excited about that.

I have also decided – and this is going to be an insane challenge – I will not buy a single food magazine in 2014. The only caveat will be if I am published in one. Anyone that knows me, knows what a challenge that will be!

My last “magazine culling” was a stack of over 60. Josh helped me go through and pick recipes to save. 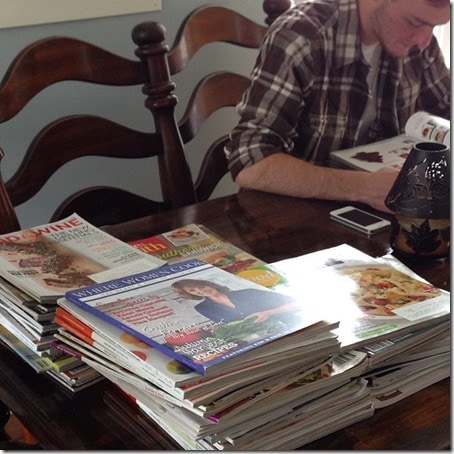 Now, that doesn’t mean that a couple magazines won’t enter my home. I do have 2 subscriptions – but I will not renew them when they run out this year.

You see, I have a whole library of cookbooks. I have many cookbooks that I have never made a single recipe out of. So that is my goal for myself. All new recipes will come from my cookbook library. I’m looking forward to that, because I’ve got some great vintage cookbooks, some German ones, and others that are desperately calling for my attention.

I also plan to revisit recipes that I made as a newlywed or young mom. I have some recipes that used to be staples, but I haven’t made in so long, that when I do set them on the table, the family thinks they are new.

This recipe is one of them – my Italian Vegetable Soup. 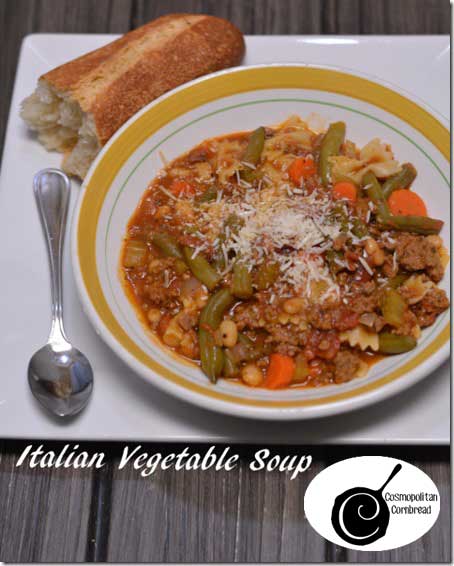 I made this the other night, and my husband was in heaven. He had no idea that this recipe wasn’t even new! It is loosely based off a recipe I found in a magazine over 20 years ago. Judging by my husband’s reaction, I believe I need to bring it back into regular circulation.

To begin, dice an onion and mince 3 cloves of garlic. In a Dutch oven, brown a pound of ground beef with the onion and garlic. 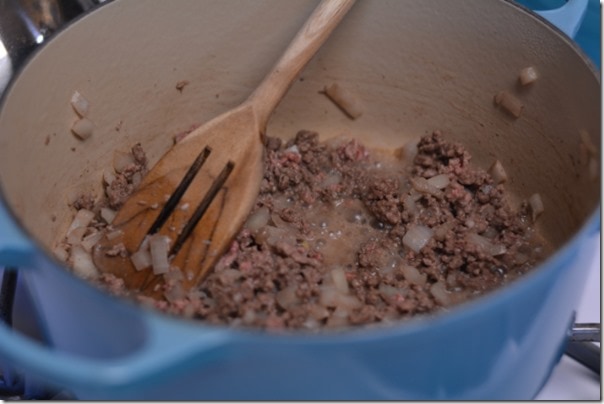 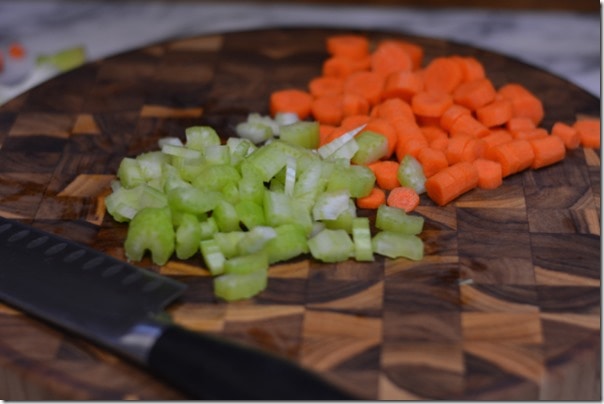 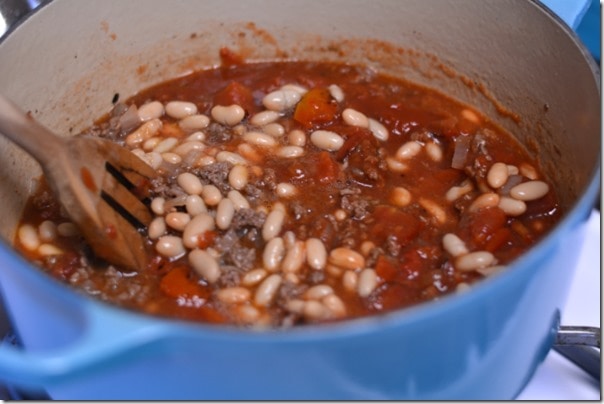 Add in 2 cups of beef broth. 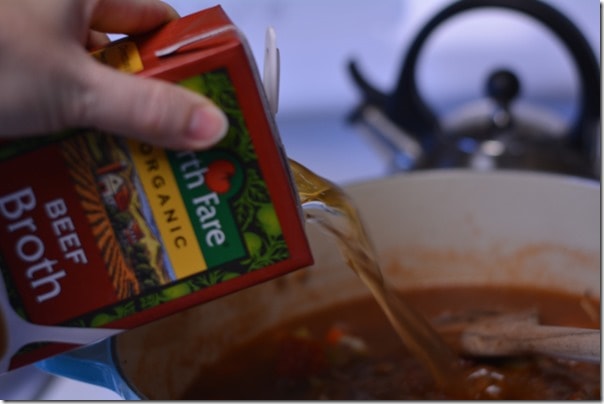 And now for the herbs. Add in 1 tablespoon of parsley, 1 teaspoon each of salt, pepper, basil and oregano. Stir this all together, bring it to a boil and reduce it to a simmer. Let it simmer covered for 20 minutes. 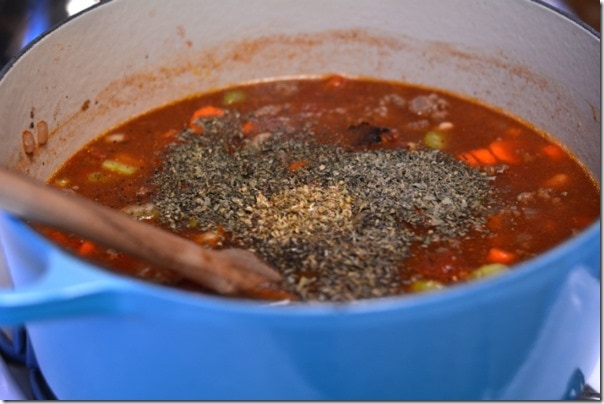 Add in 1 cup of fresh or frozen green beans, and a cup of small pasta. I’m using mini farfalle here. You can use whatever you have on hand. Bring it to a boil again, reduce the heat to medium and let it cook just until the pasta is done, stirring occasionally. 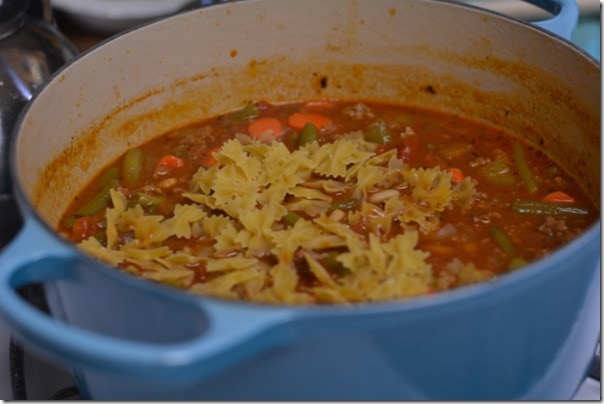 Serve topped with some shredded parmesan, and with some nice, crusty bread. 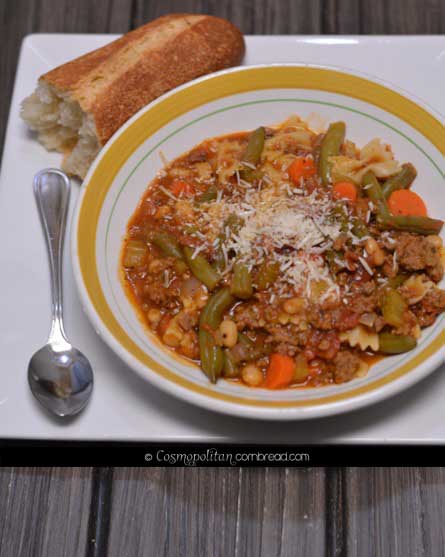